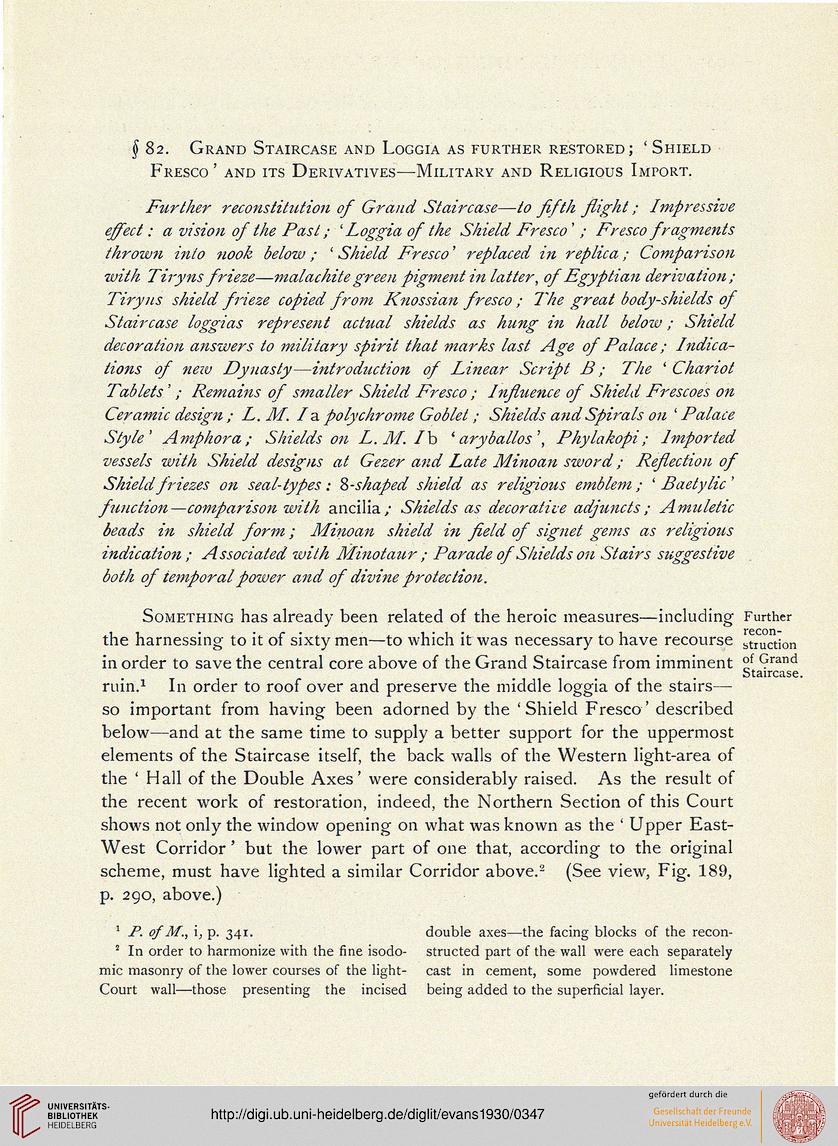 Information about OCR text
§ 82. Grand Staircase and Loggia as further restored; ' Shield
Fresco ' and its Derivatives—Military and Religious Import.

ruin.1 In order to roof over and preserve the middle loggia of the stairs—
so important from having been adorned by the 'Shield Fresco' described
below—and at the same time to supply a better support for the uppermost
elements of the Staircase itself, the back walls of the Western light-area of
the ' Hall of the Double Axes' were considerably raised. As the result of
the recent work of restoration, indeed, the Northern Section of this Court
shows not only the window opening on what was known as the ' Upper East-
West Corridor' but the lower part of one that, according to the original
scheme, must have lighted a similar Corridor above.2 (See view, Fig. 189,
p. 290, above.)

2 In order to harmonize with the fine isodo- structed part of the wall were each separately
mic masonry of the lower courses of the light- cast in cement, some powdered limestone
Court wall—those presenting the incised being added to the superficial layer.