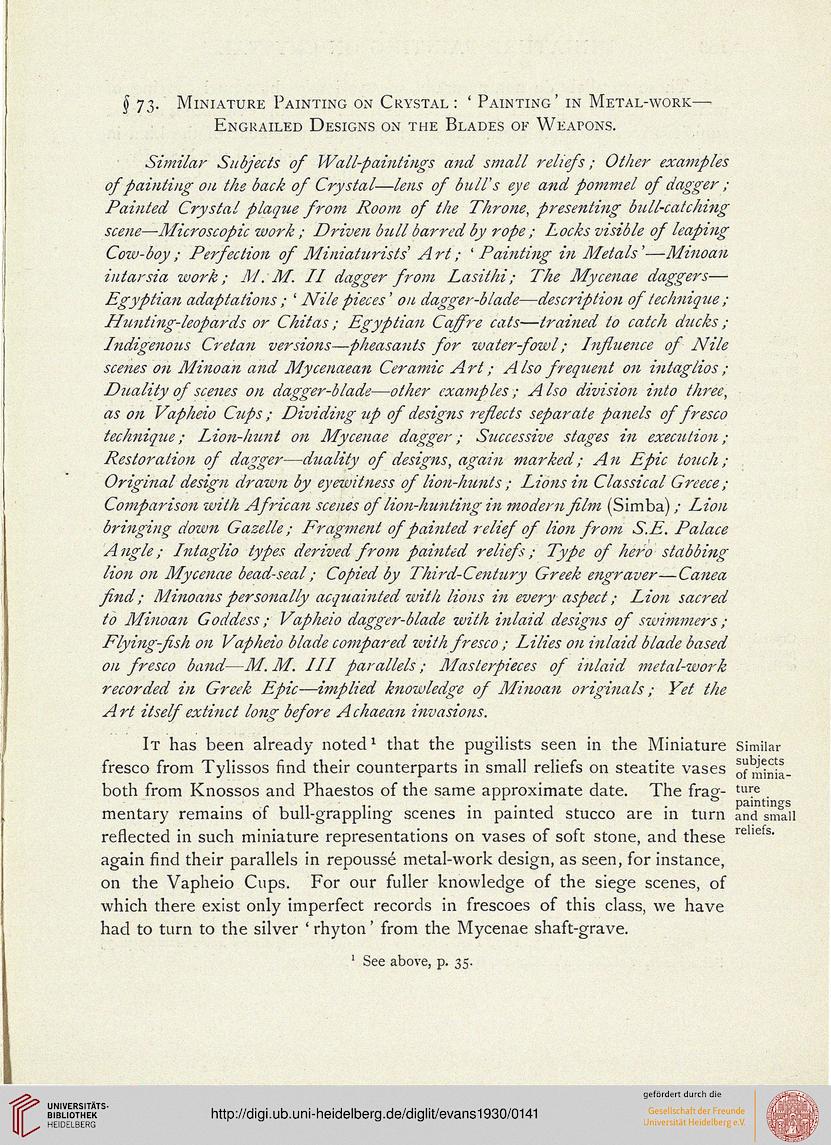 Information about OCR text
I 73. Miniature Painting on Crystal : ' Painting' in Metal-work—
Engrailed Designs on the Blades of Weapons.

It has been already noted1 that the pugilists seen in the Miniature similar
fresco from Tylissos find their counterparts in small reliefs on steatite vases of mlnia-
both from Knossos and Phaestos of the same approximate date. The frag;- tare

mentary remains 01 bull-grappling scenes in painted stucco are in turn and small
reflected in such miniature representations on vases of soft stone, and these rellefs-
again find their parallels in repousse metal-work design, as seen, for instance,
on the Vapheio Cups. For our fuller knowledge of the siege scenes, of
which there exist only imperfect records in frescoes of this class, we have
had to turn to the silver ' rhyton' from the Mycenae shaft-grave.