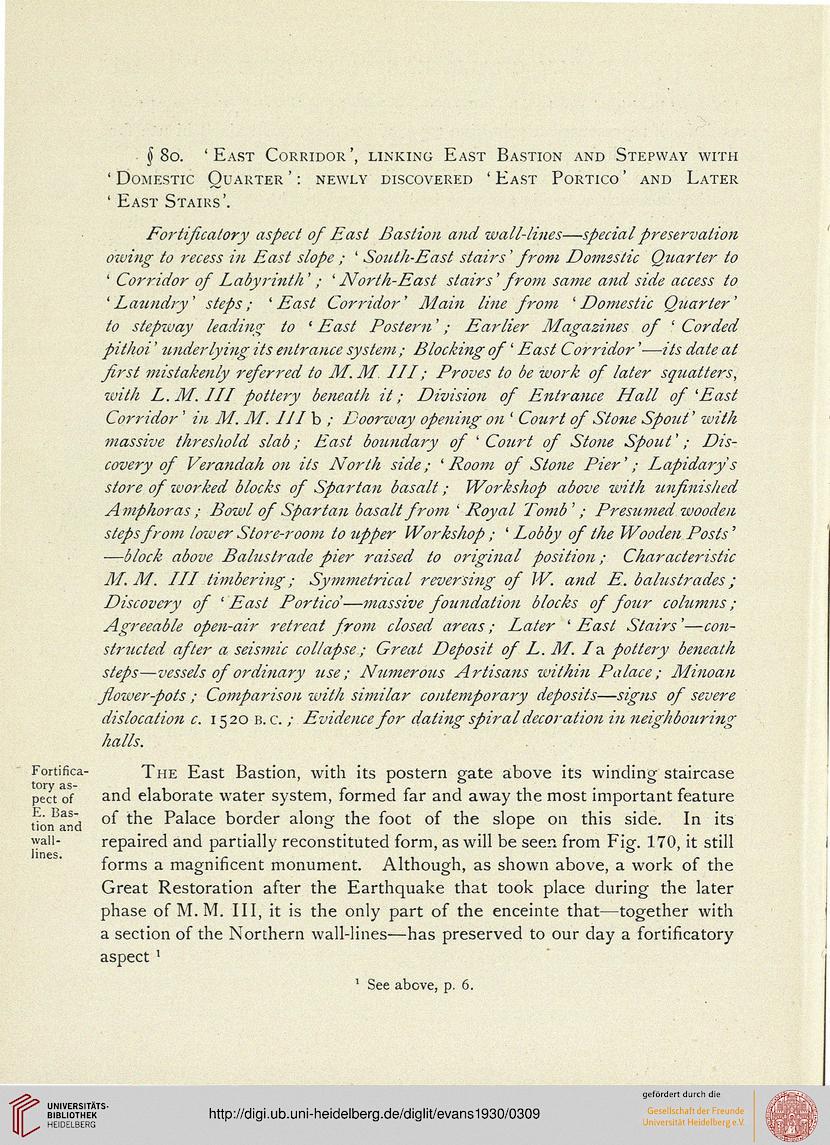 Fortifica- The East Bastion, with its postern gate above its winding staircase

pect of and elaborate water system, formed far and away the most important feature
E. Bas- 0£ ^ Palace border alono- the foot of the slope on this side. In its

wall- repaired and partially reconstituted form, as will be seen from Fig. 170, it still

forms a magnificent monument. Although, as shown above, a work of the
Great Restoration after the Earthquake that took place during the later
phase of M. M. Ill, it is the only part of the enceinte that—together with
a section of the Northern wall-lines—has preserved to our day a fortificatory
aspect '