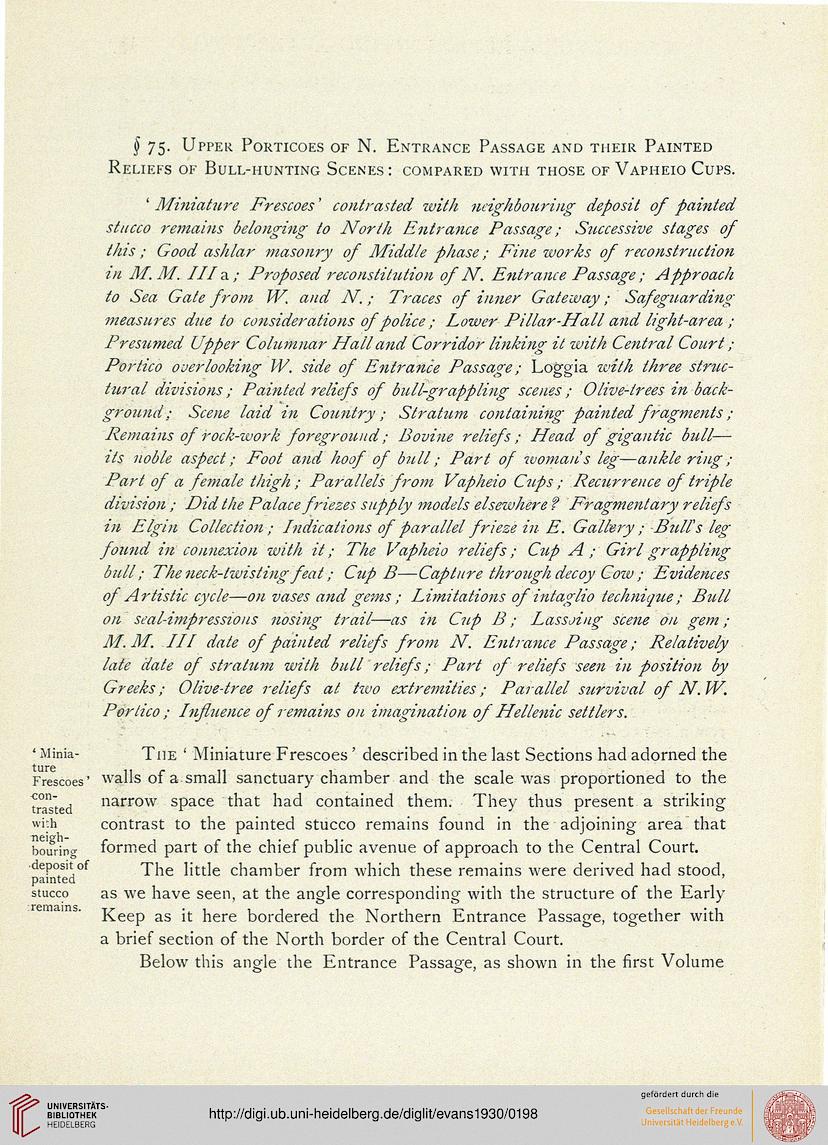 Information about OCR text
§ 75- Upper Porticoes of N. Entrance Passage and their Painted
Reliefs of Bull-hunting Scenes: compared with those of Vapheio Cups.

tra"t d narrow space that had contained them. They thus present a striking

bourin» formed part of the chief public avenue of approach to the Central Court.
depositof -r/]le little chamber from which these remains were derived had stood,

stucco as we have seen, at the angle corresponding with the structure of the Early
Keep as it here bordered the Northern Entrance Passage, together with
a brief section of the North border of the Central Court.

Below this ano-le the Entrance Passage, as shown in the first Volume