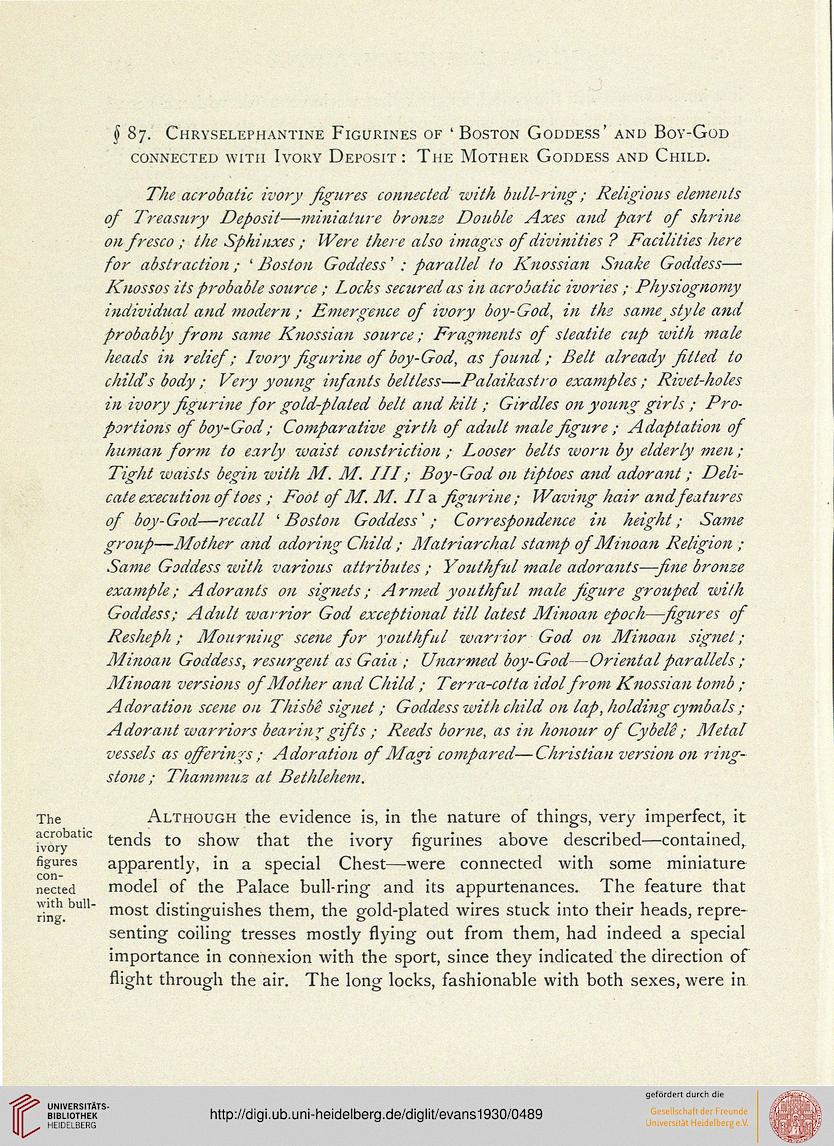 CONNECTED WITH IVORY DEPOSIT : The MOTHER GODDESS AND CHILD.

The Although the evidence is, in the nature of things, very imperfect, it

ivoryatl° tends to show that the ivory figurines above described—contained,
figures apparently, in a special Chest—were connected with some miniature
nected model of the Palace bull-ring and its appurtenances. The feature that
most distinguishes them, the gold-plated wires stuck into their heads, repre-
senting coiling tresses mostly flying out from them, had indeed a special
importance in connexion with the sport, since they indicated the direction of
flight through the air. The long locks, fashionable with both sexes, were in