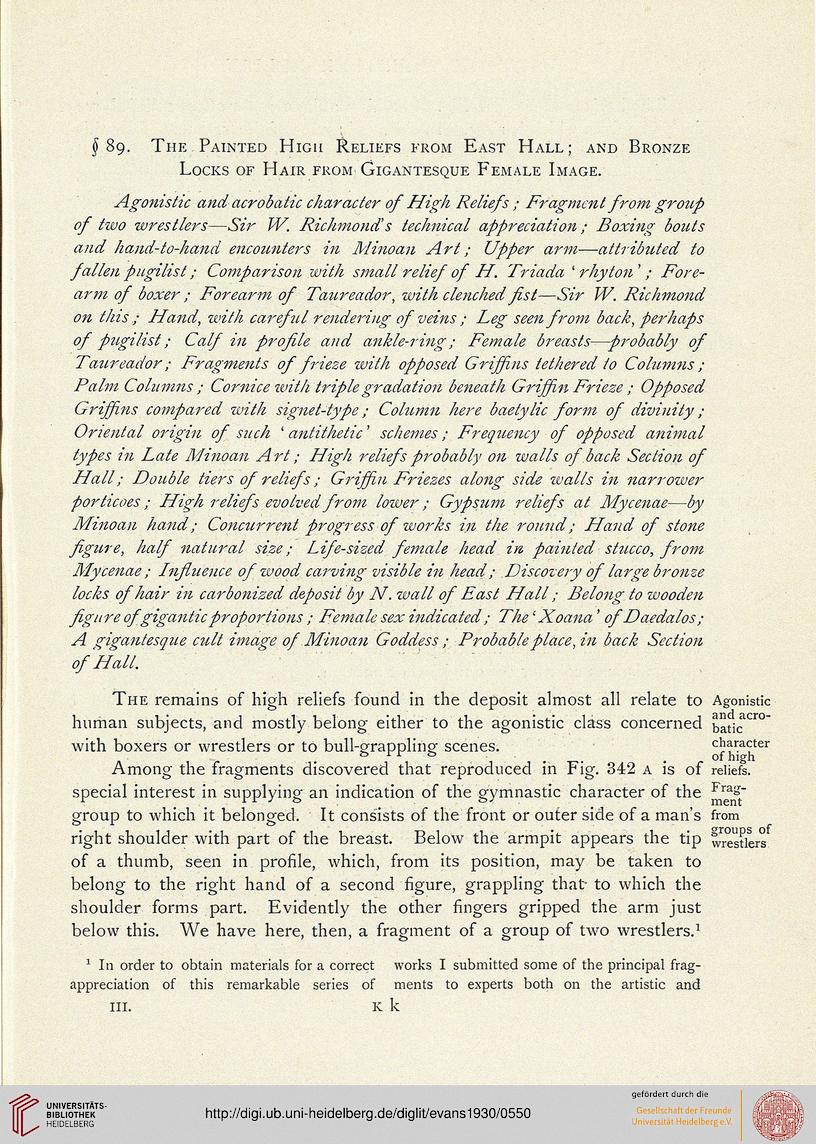 Information about OCR text
§ 89. The . Painted High Reliefs from East Hall ; and Bronze
Locks of Hair from Gigantesque Female Image.

human subjects, and mostly belong either to the agonistic class concerned batic "

with boxers or wrestlers or to bull-grappling scenes. Cf vthter

Among the fragments discovered that reproduced in Fig. 342 a is of reliefs,

group to which it belonged. It consists of the front or outer side of a man's from

right shoulder with part of the breast. Below the armpit appears the tip wrestlers,
of a thumb, seen in profile, which, from its position, may be taken to
belong to the right hand of a second figure, grappling that- to which the
shoulder forms part. Evidently the other fingers gripped the arm just
below this. We have here, then, a fragment of a group of two wrestlers.1

1 In order to obtain materials for a correct works I submitted some of the principal frag-
appreciation of this remarkable series of ments to experts both on the artistic and
III. K k