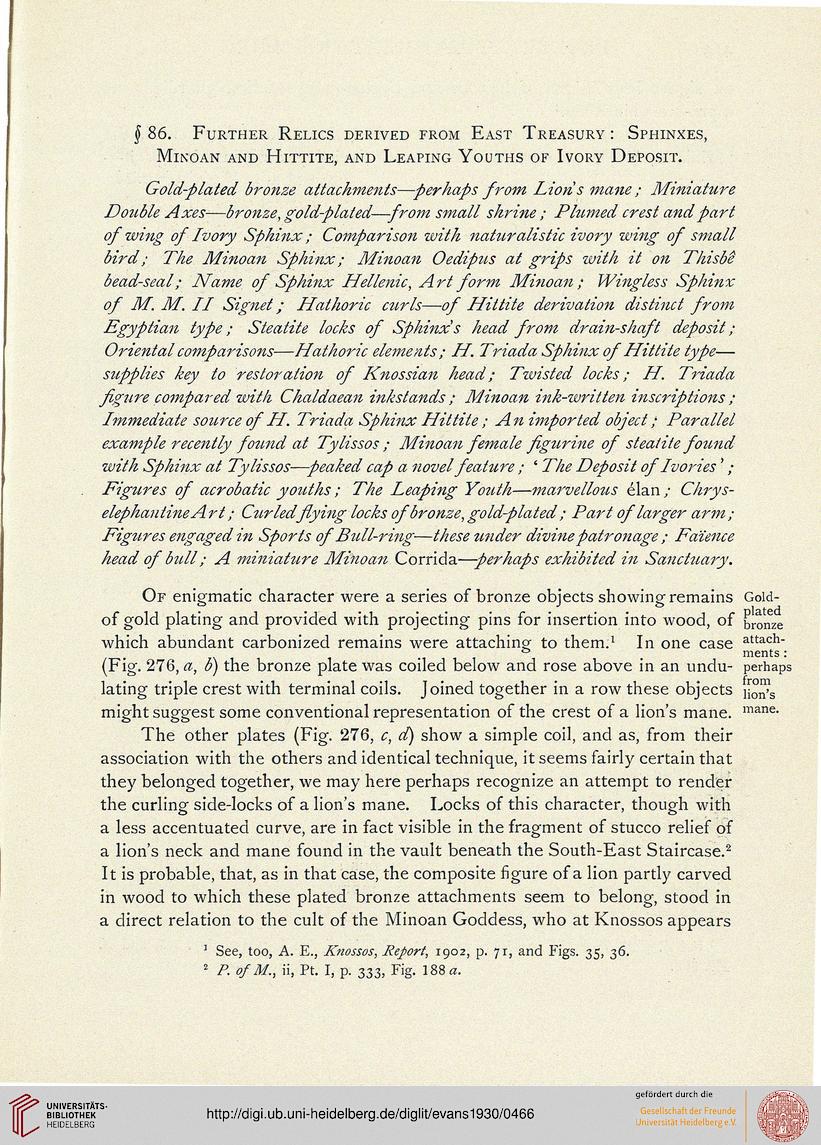 Of enigmatic character were a series of bronze objects showing remains Goid-
of gold plating and provided with projecting pins for insertion into wood, of bronze
which abundant carbonized remains were attaching; to them.1 In one case attach-

(Fig. 276, a, b) the bronze plate was coiled below and rose above in an undu- perhaps
lating triple crest with terminal coils. Joined together in a row these objects i[°™s
might suggest some conventional representation of the crest of a lion's mane. mane-

The other plates (Fig. 276, c, d) show a simple coil, and as, from their
association with the others and identical technique, it seems fairly certain that
they belonged together, we may here perhaps recognize an attempt to render
the curling side-locks of a lion's mane. Locks of this character, though with
a less accentuated curve, are in fact visible in the fragment of stucco relief of
a lion's neck and mane found in the vault beneath the South-East Staircase.2
It is probable, that, as in that case, the composite figure of a lion partly carved
in wood to which these plated bronze attachments seem to belong, stood in
a direct relation to the cult of the Minoan Goddess, who at Knossos appears