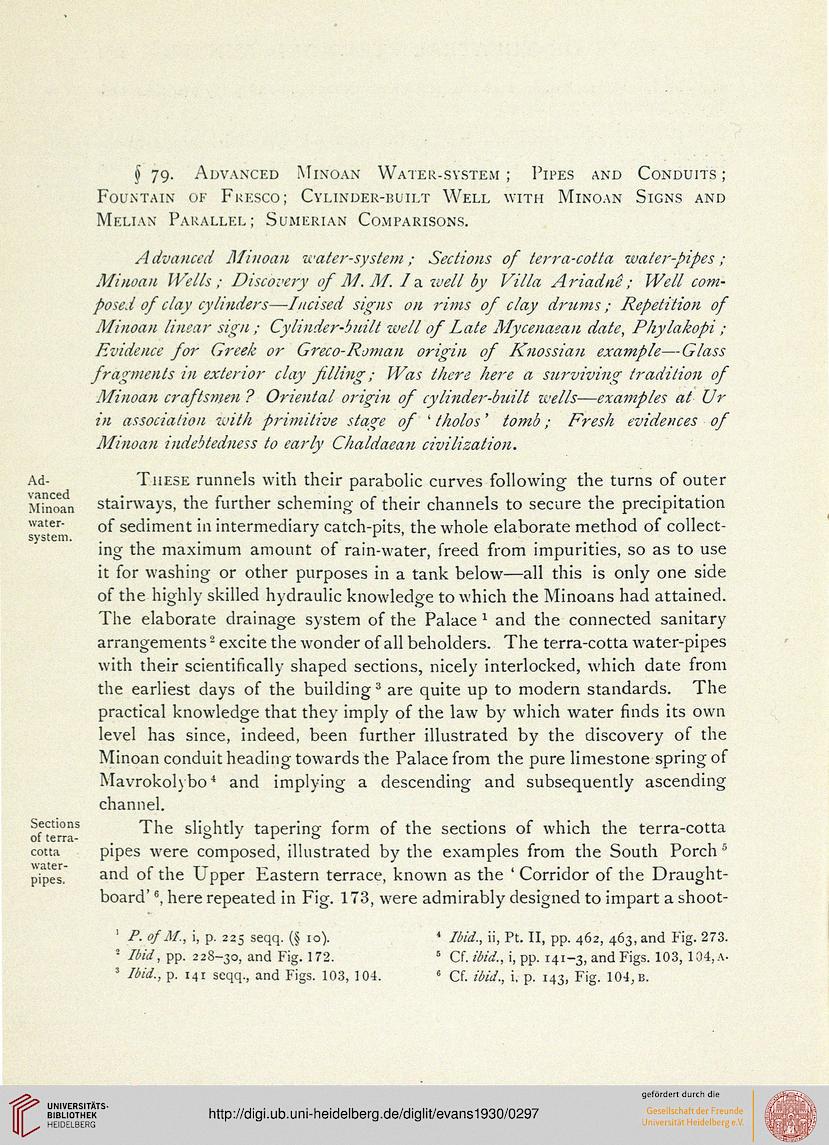 These runnels with their parabolic curves following the turns of outer
stairways, the further scheming- of their channels to secure the precipitation
of sediment in intermediary catch-pits, the whole elaborate method of collect-
ing the maximum amount of rain-water, freed from impurities, so as to use
it for washing or other purposes in a tank below—all this is only one side
of the highly skilled hydraulic knowledge to which the Minoans had attained.
The elaborate drainage system of the Palace 1 and the connected sanitary
arrangements"- excite the wonder of all beholders. The terra-cotta water-pipes
with their scientifically shaped sections, nicely interlocked, which date from
the earliest days of the building3 are quite up to modern standards. The
practical knowledge that they imply of the law by which water finds its own
level has since, indeed, been further illustrated by the discovery of the
Minoan conduit heading towards the Palace from the pure limestone spring of
Mavrokolybo4 and implying a descending and subsequently ascending
channel.

The slightly tapering form of the sections of which the terra-cotta
pipes were composed, illustrated by the examples from the South Porch 5
and of the Upper Eastern terrace, known as the ' Corridor of the Draught-
board' 6, here repeated in Fig. 173, were admirably designed to impart a shoot-