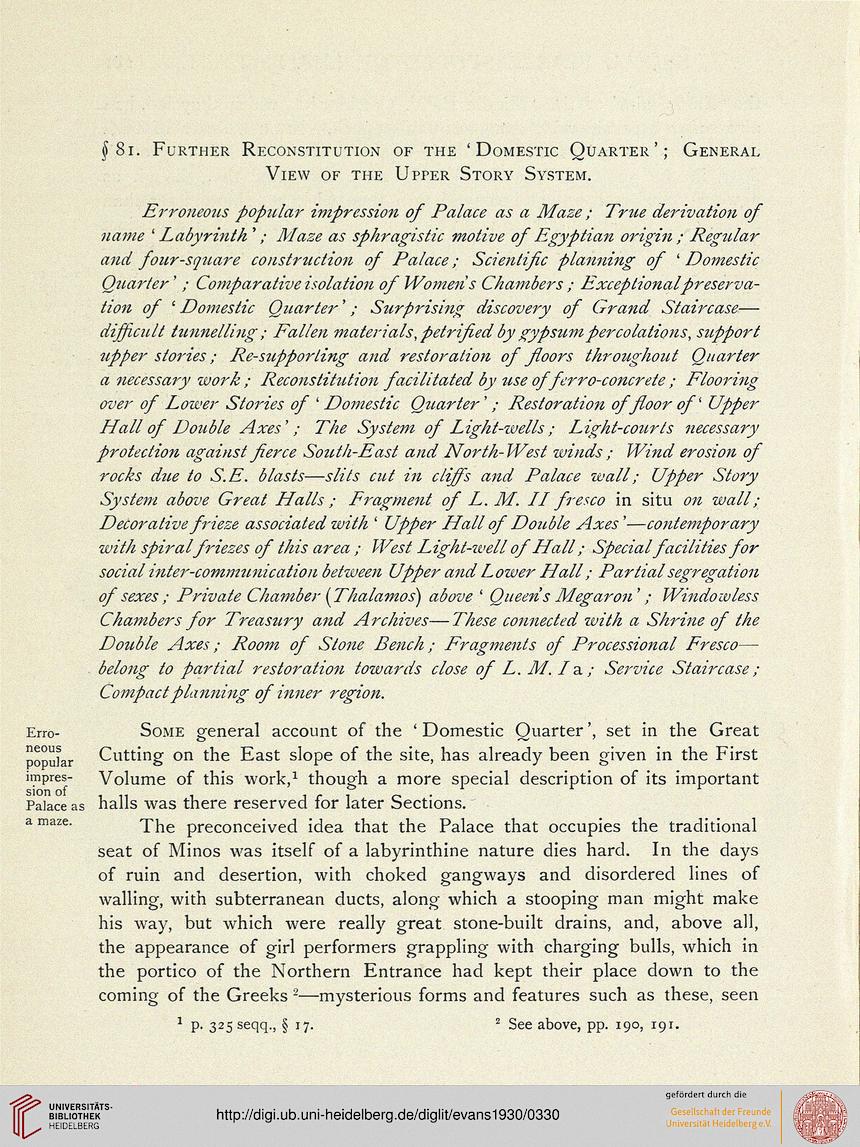 § 81. Further Reconstitution of the 'Domestic Quarter'; General
View of the Upper Story System.

Some general account of the ' Domestic Quarter', set in the Great
Cutting on the East slope of the site, has already been given in the First
Volume of this work,1 though a more special description of its important
halls was there reserved for later Sections.

The preconceived idea that the Palace that occupies the traditional
seat of Minos was itself of a labyrinthine nature dies hard. In the days
of ruin and desertion, with choked gangways and disordered lines of
walling, with subterranean ducts, along which a stooping man might make
his way, but which were really great stone-built drains, and, above all,
the appearance of girl performers grappling with charging bulls, which in
the portico of the Northern Entrance had kept their place down to the
coming of the Greeks 2—mysterious forms and features such as these, seen