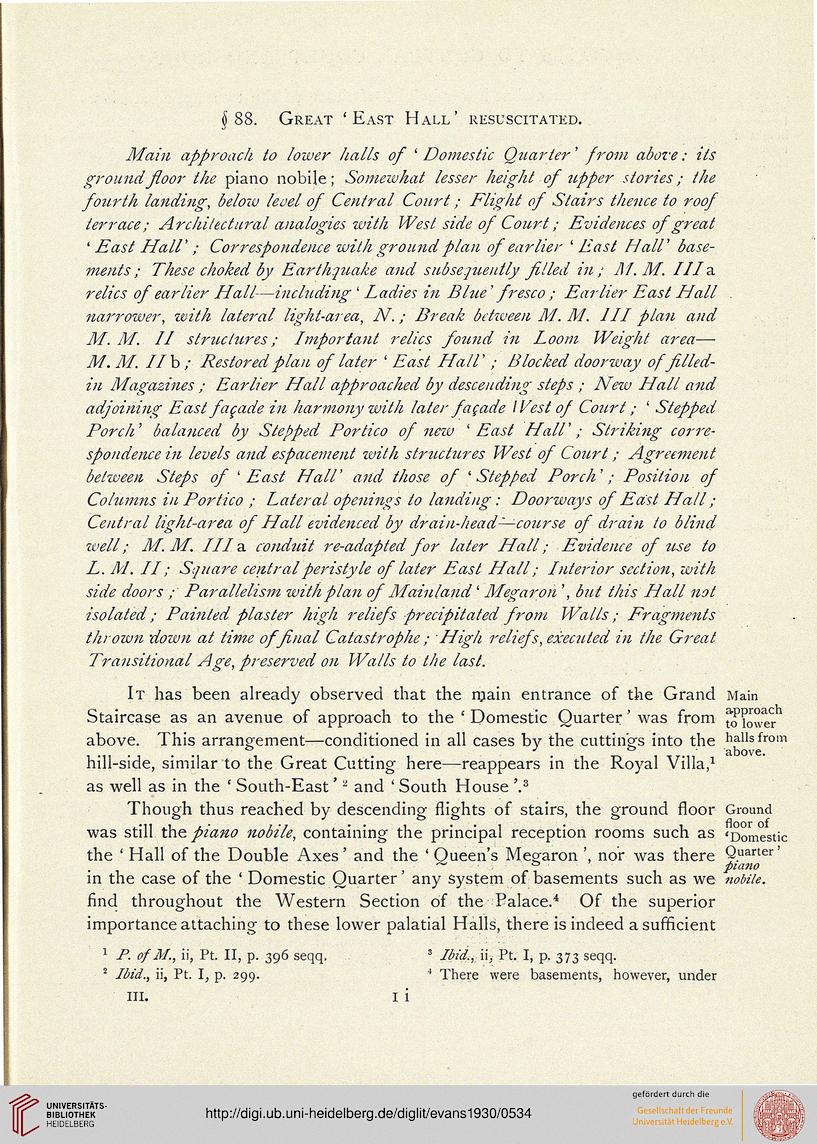 It has been already observed that the njain entrance of the Grand Main
Staircase as an avenue of approach to the ' Domestic Quarter' was from ^i"™^.
above. This arrangement—conditioned in all cases by the cuttings into the halls from

hill-side, similar to the Great Cutting here—reappears in the Royal Villa,1
as well as in the ' South-East' ~ and ' South House '.3

Though thus reached by descending flights of stairs, the ground floor Ground
was still the piano nobile, containing the principal reception rooms such as 'Domestic
the ' Hall of the Double Axes' and the ' Oueen's Megaron ', nor was there Quarter'

in the case of the ' Domestic Quarter' any System of basements such as we nobile.
find throughout the Western Section of the Palace.4 Of the superior
importance attaching to these lower palatial Halls, there is indeed a sufficient