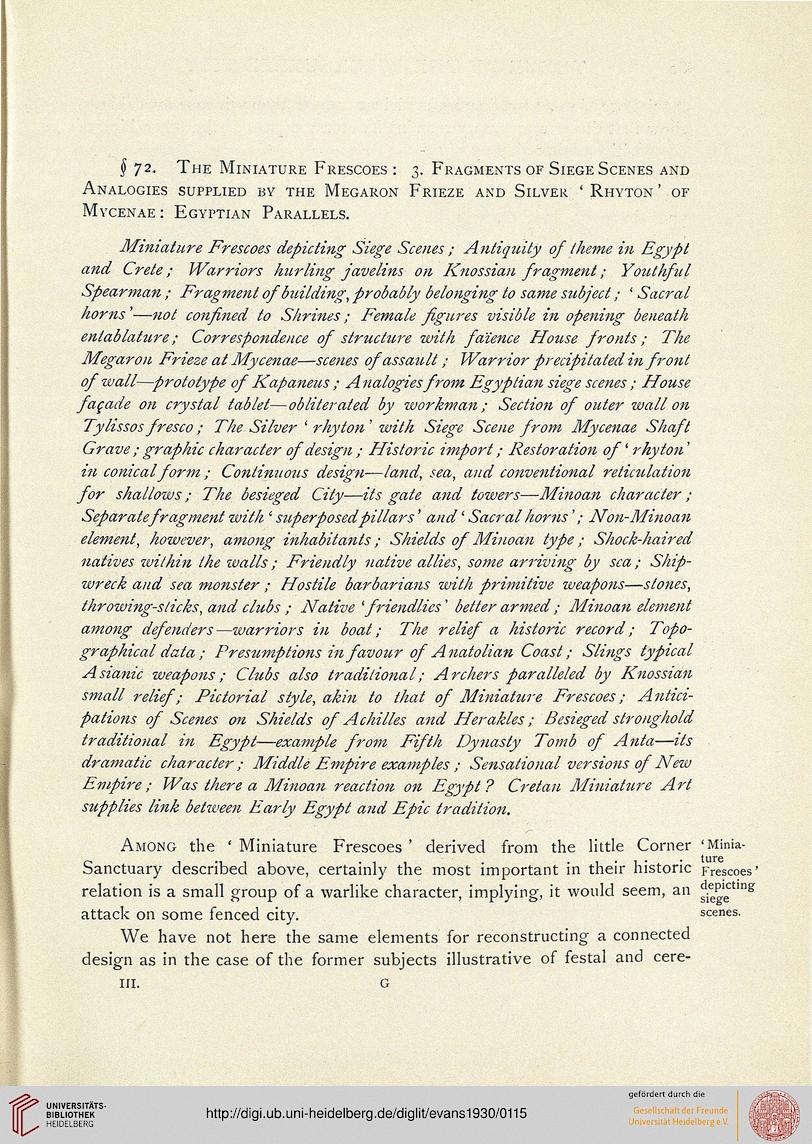 Information about OCR text
§ 72- The Miniature Frescoes: 3. Fragments or Siege Scenes and
Analogies supplied by the Megaron Frieze and Silvek. ' Rhyton ' or
Mycenae : Egyptian Parallels.

Among the ' Miniature Frescoes ' derived from the little Corner 'Minia-
Sanctuary described above, certainly the most important in their historic Frescoes'
relation is a small group of a warlike character, implying, it would seem, an s^tmg
attack on some fenced city. scenes.