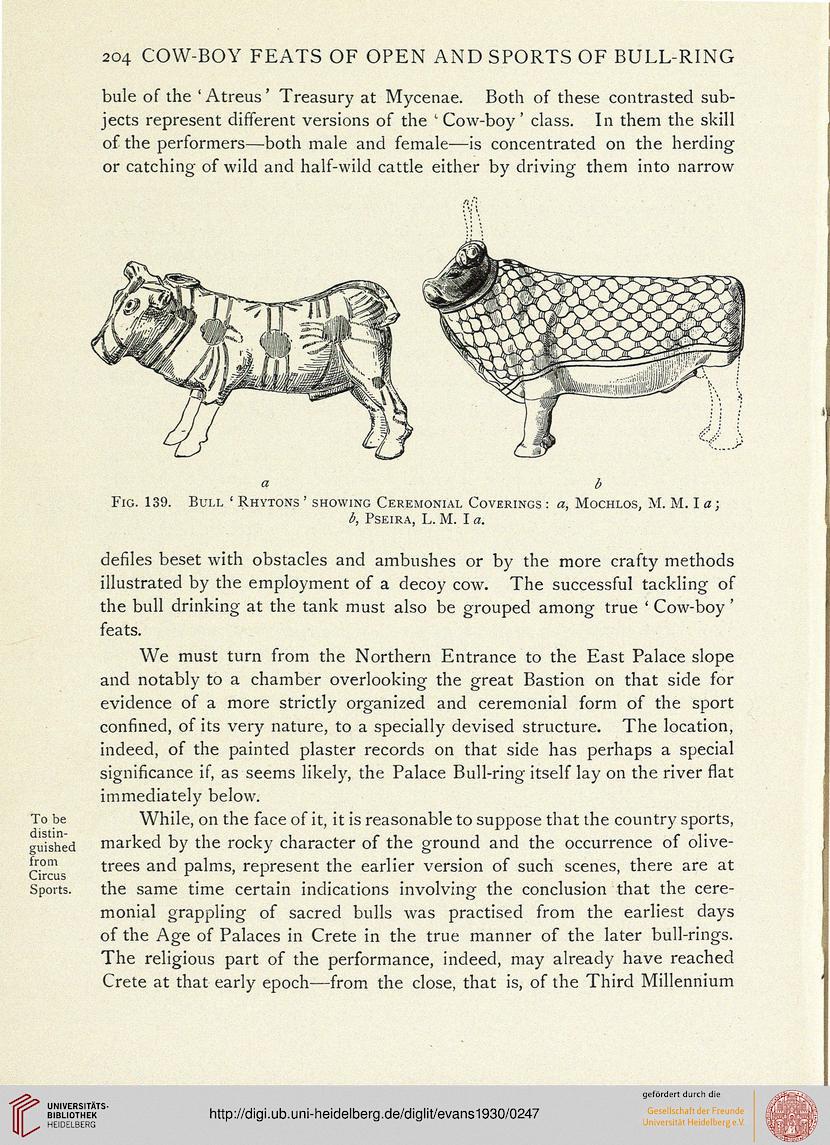 bule of the ' Atreus' Treasury at Mycenae. Both of these contrasted sub-
jects represent different versions of the 'Cow-boy' class. In them the skill
of the performers—both male and female—is concentrated on the herding
or catching of wild and half-wild cattle either by driving them into narrow

To be
distin-
guished
from
Circus
Sports.

defiles beset with obstacles and ambushes or by the more crafty methods
illustrated by the employment of a decoy cow. The successful tackling of
the bull drinking at the tank must also be grouped among true ' Cow-boy'
feats.

We must turn from the Northern Entrance to the East Palace slope
and notably to a chamber overlooking the great Bastion on that side for
evidence of a more strictly organized and ceremonial form of the sport
confined, of its very nature, to a specially devised structure. The location,
indeed, of the painted plaster records on that side has perhaps a special
significance if, as seems likely, the Palace Bull-ring itself lay on the river flat
immediately below.

While, on the face of it, it is reasonable to suppose that the country sports,
marked by the rocky character of the ground and the occurrence of olive-
trees and palms, represent the earlier version of such scenes, there are at
the same time certain indications involving the conclusion that the cere-
monial grappling of sacred bulls was practised from the earliest days
of the Age of Palaces in Crete in the true manner of the later bull-rings.
The religious part of the performance, indeed, may already have reached
Crete at that early epoch—from the close, that is, of the Third Millennium