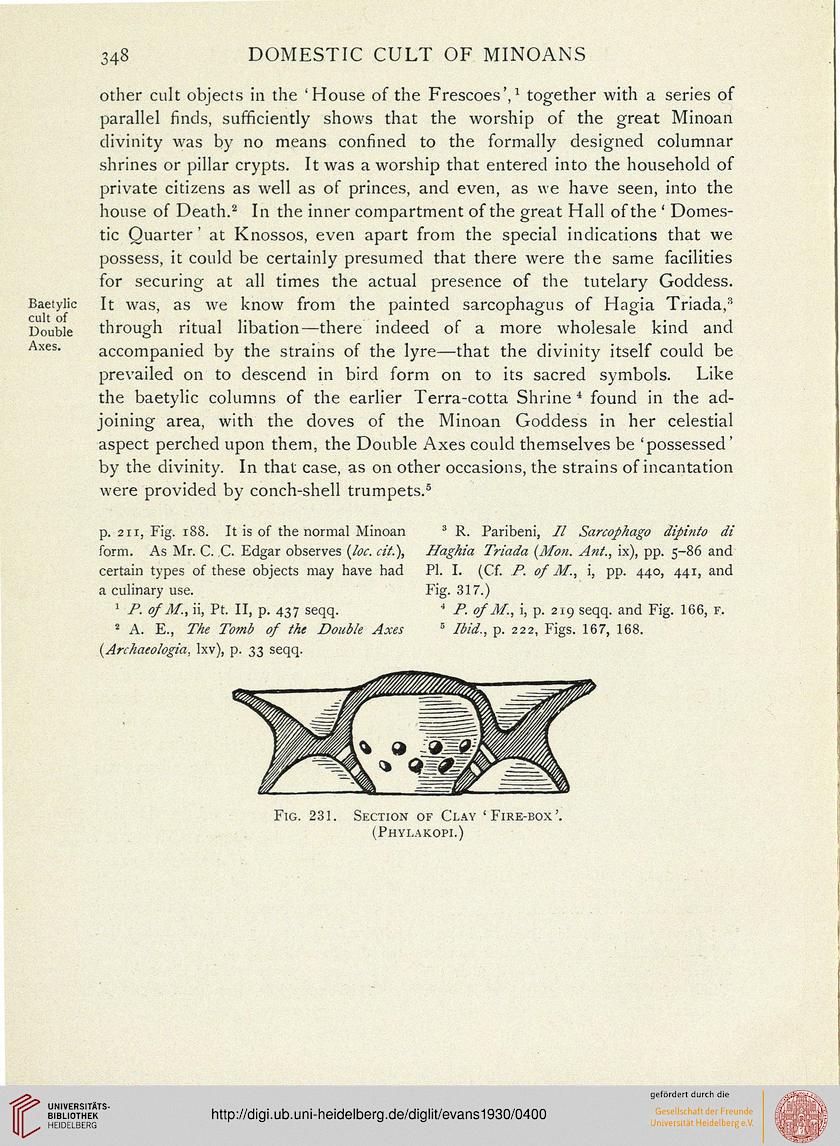 other cult objects in the 'House of the Frescoes',1 together with a series of
parallel finds, sufficiently shows that the worship of the great Minoan
divinity was by no means confined to the formally designed columnar
shrines or pillar crypts. It was a worship that entered into the household of
private citizens as well as of princes, and even, as we have seen, into the
house of Death.2 In the inner compartment of the great Hall of the ' Domes-
tic Quarter' at Knossos, even apart from the special indications that we
possess, it could be certainly presumed that there were the same facilities
for securing at all times the actual presence of the tutelary Goddess.
It was, as we know from the painted sarcophagus of Hagia Triada,3
through ritual libation—there indeed of a more wholesale kind and
accompanied by the strains of the lyre—that the divinity itself could be
prevailed on to descend in bird form on to its sacred symbols. Like
the baetylic columns of the earlier Terra-cotta Shrine 4 found in the ad-
joining area, with the doves of the Minoan Goddess in her celestial
aspect perched upon them, the Double Axes could themselves be 'possessed'
by the divinity. In that case, as on other occasions, the strains of incantation
were provided by conch-shell trumpets.5