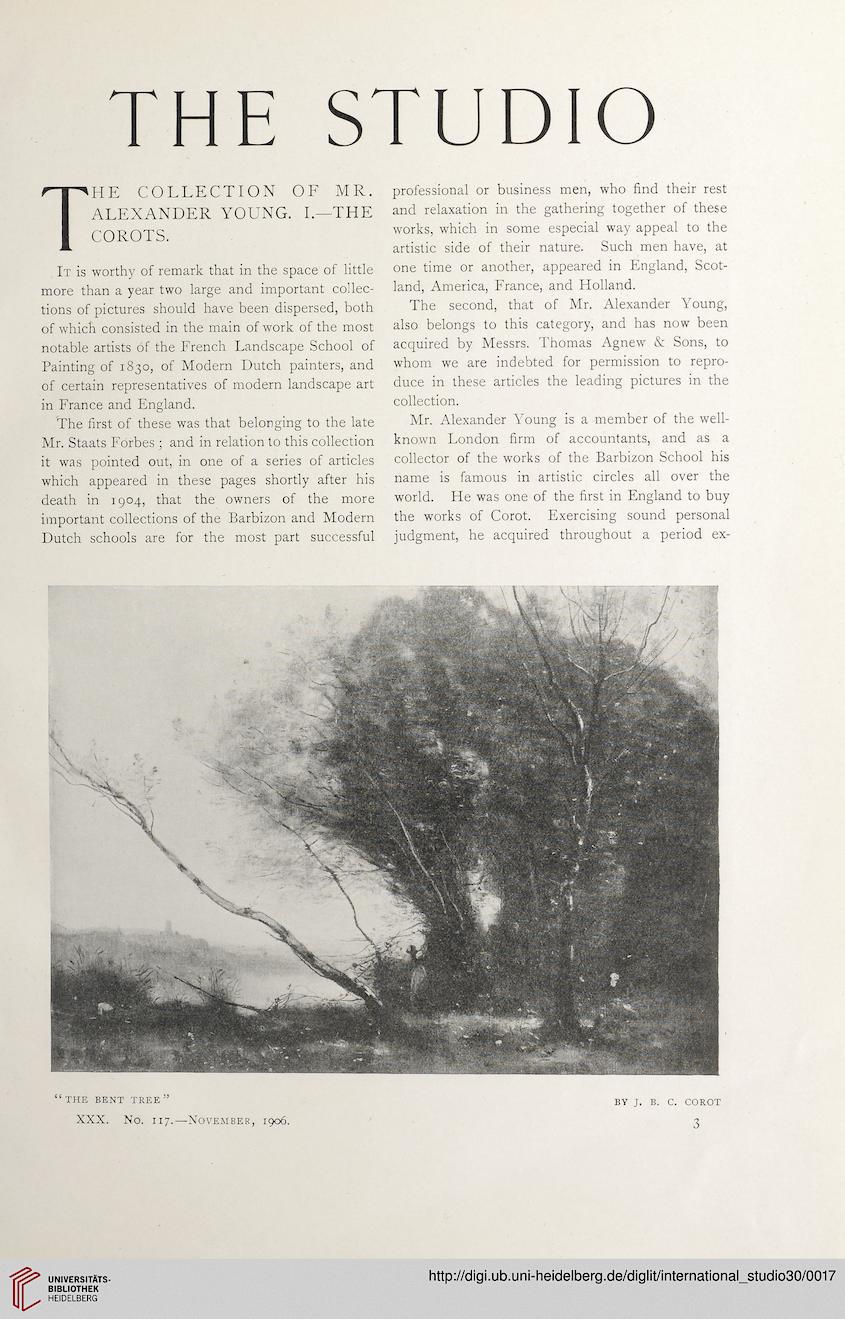 The collection ol mr.
ALEXANDER YOUNG. I.—THE
COROTS.
It is worthy of remark that in the space of little
more than a year two large and important collec-
tions of pictures should have been dispersed, both
of which consisted in the main of work of the most
notable artists of the French Landscape School of
Painting of 1830, of Modern Dutch painters, and
of certain representatives of modern landscape art
in France and England.
The first of these was that belonging to the late
Mr. Staats Forbes ; and in relation to this collection
it was pointed out, in one of a series of articles
which appeared in these pages shortly after his
death in 1904, that the owners of the more
important collections of the Barbizon and Modern
Dutch schools are for the most part successful

professional or business men, who find their rest
and relaxation in the gathering together of these
works, which in some especial way appeal to the
artistic side of their nature. Such men have, at
one time or another, appeared in England, Scot-
land, America, France, and Holland.
The second, that of Mr. Alexander Young,
also belongs to this category, and has now been
acquired by Messrs. Thomas Agnew & Sons, to
whom we are indebted for permission to repro-
duce in these articles the leading pictures in the
collection.
Mr. Alexander Young is a member of the well-
known London firm of accountants, and as a
collector of the works of the Barbizon School his
name is famous in artistic circles all over the
world. He was one of the first in England to buy
the works of Corot. Exercising sound personal
judgment, he acquired throughout a period ex-