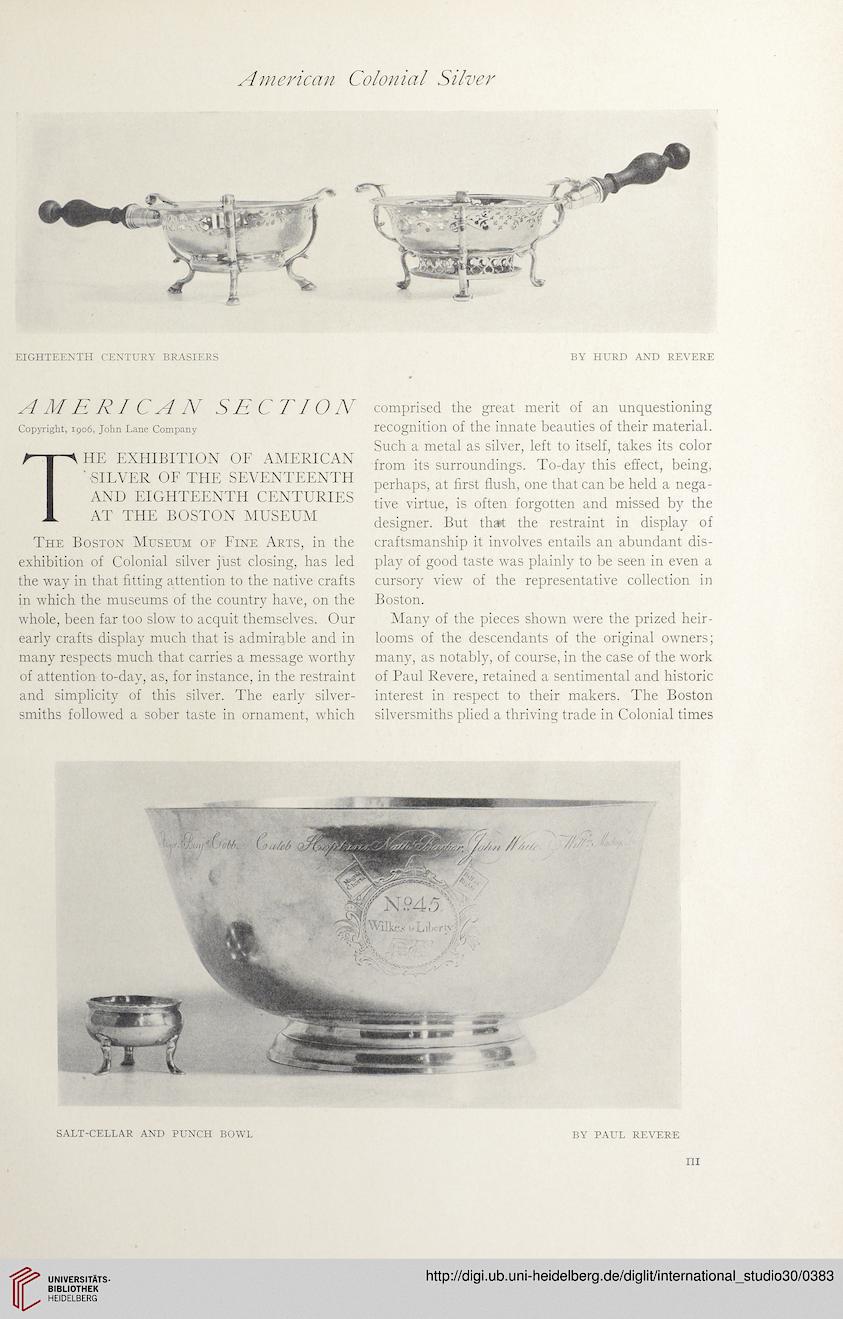 
AMERICAN SECTION
Copyright, 1906, John Lane Company
HE EXHIBITION OF AMERICAN
’ SILVER OF THE SEVENTEENTH
AND EIGHTEENTH CENTURIES
AT THE BOSTON MUSEUM
The Boston Museum oe Fine Arts, in the
exhibition of Colonial silver just closing, has led
the way in that fitting attention to the native crafts
in which the museums of the country have, on the
whole, been far too slow to acquit themselves. Our
early crafts display much that is admirable and in
many respects much that carries a message worthy
of attention to-day, as, for instance, in the restraint
and simplicity of this silver. The early silver-
smiths followed a sober taste in ornament, which

comprised the great merit of an unquestioning
recognition of the innate beauties of their material.
Such a metal as silver, left to itself, takes its color
from its surroundings. To-day this effect, being,
perhaps, at first flush, one that can be held a nega-
tive virtue, is often forgotten and missed by the
designer. But that the restraint in display of
craftsmanship it involves entails an abundant dis-
play of good taste was plainly to be seen in even a
cursory view of the representative collection in
Boston.
Many of the pieces shown were the prized heir-
looms of the descendants of the original owners;
many, as notably, of course, in the case of the work
of Paul Revere, retained a sentimental and historic
interest in respect to their makers. The Boston
silversmiths plied a thriving trade in Colonial times