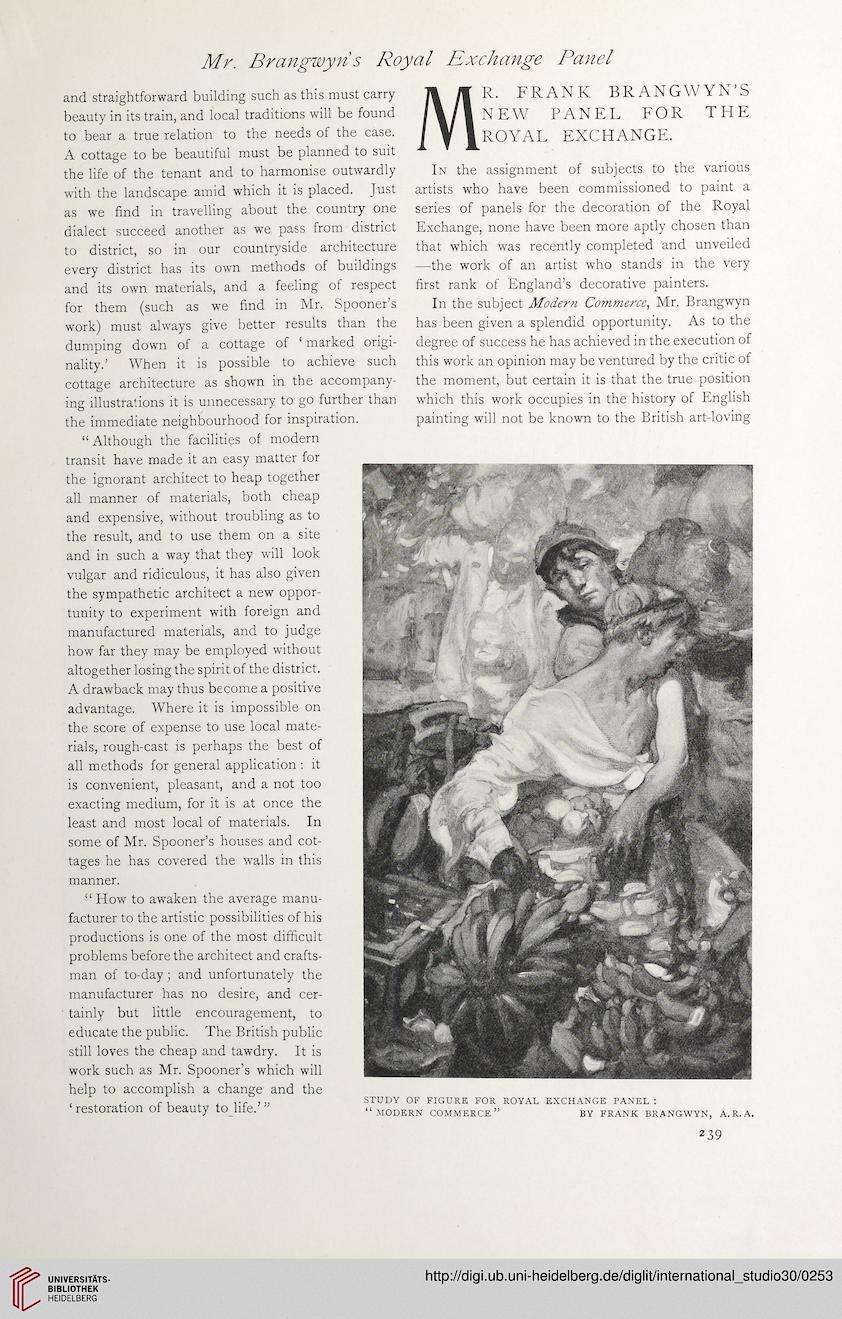 and straightforward building such as this must carry
beauty in its train, and local traditions will be found
to bear a true relation to the needs of the case.
A cottage to be beautiful must be planned to suit
the life of the tenant and to harmonise outwardly
with the landscape amid which it is placed. Just
as we find in travelling about the country one
dialect succeed another as we pass from district
to district, so in our countryside architecture
every district has its own methods of buildings
and its own materials, and a feeling of respect
for them (such as we find in Mr. Spooner’s
work) must always give better results than the
dumping down of a cottage of 1 marked origi-
nality.’ When it is possible to achieve such
cottage architecture as shown in the accompany-
ing illustrations it is unnecessary to go further than
the immediate neighbourhood for inspiration.
“ Although the facilities of modern
transit have made it an easy matter for
the ignorant architect to heap together
all manner of materials, both cheap
and expensive, without troubling as to
the result, and to use them on a site
and in such a way that they will look
vulgar and ridiculous, it has also given
the sympathetic architect a new oppor-
tunity to experiment with foreign and
manufactured materials, and to judge
how far they may be employed without
altogether losing the spirit of the district.
A drawback may thus become a positive
advantage. Where it is impossible on
the score of expense to use local mate-
rials, rough-cast is perhaps the best of
all methods for general application : it
is convenient, pleasant, and a not too
exacting medium, for it is at once the
least and most local of materials. In
some of Mr. Spooner’s houses and cot-
tages he has covered the walls in this
manner.
“ How to awaken the average manu-
facturer to the artistic possibilities of his
productions is one of the most difficult
problems before the architect and crafts-
man of to-day; and unfortunately the
manufacturer has no desire, and cer-
tainly but little encouragement, to
educate the public. The British public
still loves the cheap and tawdry. It is
work such as Mr. Spooner’s which will
help to accomplish a change and the
‘restoration of beauty to life.”’

Mr. frank brangwyn’s
NEW PANEL FOR THE
ROYAL EXCHANGE.
In the assignment of subjects to the various
artists who have been commissioned to paint a
series of panels for the decoration of the Royal
Exchange, none have been more aptly chosen than
that which was recently completed and unveiled
—the work of an artist who stands in the very
first rank of England’s decorative painters.
In the subject Modern Commerce, Mr. Brangwyn
has been given a splendid opportunity. As to the
degree of success he has achieved in the execution of
this work an opinion may be ventured by the critic of
the moment, but certain it is that the true position
which this work occupies in the history of English
painting will not be known to the British art-loving