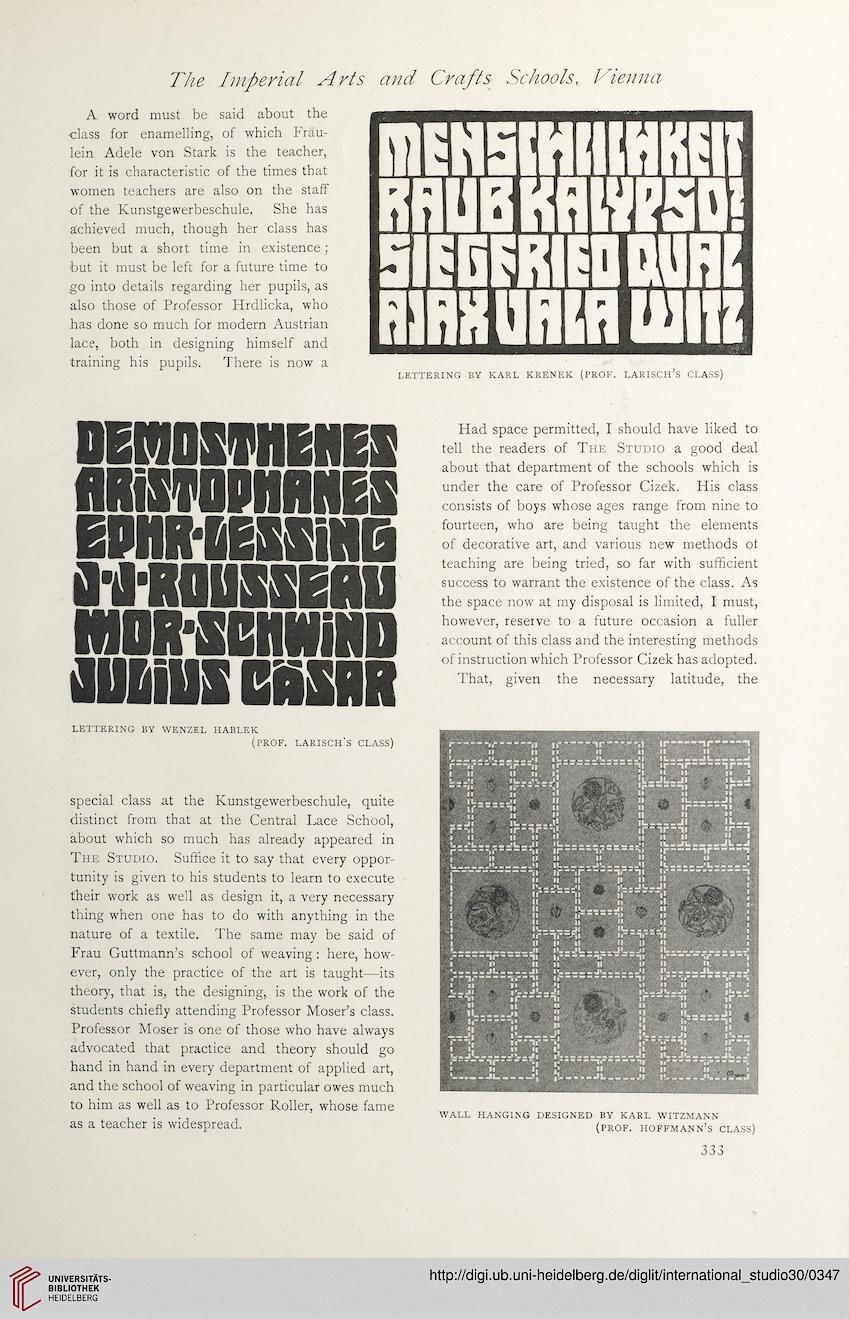 A word must be said about the
•class for enamelling, of which Frau-
lein Adele von Stark is the teacher,
for it is characteristic of the times that
women teachers are also on the staff
■of the Kunstgewerbeschule. She has
achieved much, though her class has
been but a short time in existence;
■but it must be left for a future time to
go into details regarding her pupils, as
also those of Professor Hrdlicka, who
has done so much for modern Austrian
lace, both in designing himself and
training his pupils. There is now a

special class at the Kunstgewerbeschule, quite
distinct from that at the Central Lace School,
about which so much has already appeared in
The Studio. Suffice it to say that every oppor-
tunity is given to his students to learn to execute
their work as well as design it, a very necessary
thing when one has to do with anything in the
nature of a textile. The same may be said of
Frau Guttmann’s school of weaving : here, how-
ever, only the practice of the art is taught—its
theory, that is, the designing, is the work of the
students chiefly attending Professor Moser’s class.
Professor Moser is one of those who have always
advocated that practice and theory should go
hand in hand in every department of applied art,
and the school of weaving in particular owes much
to him as well as to Professor Roller, whose fame
as a teacher is widespread.

Had space permitted, I should have liked to
tell the readers of The Studio a good deal
about that department of the schools which is
under the care of Professor Cizek. His class
consists of boys whose ages range from nine to
fourteen, who are being taught the elements
of decorative art, and various new methods ot
teaching are being tried, so far with sufficient
success to warrant the existence of the class. As
the space now at my disposal is limited, I must,
however, reserve to a future occasion a fuller
account of this class and the interesting methods
of instruction which Professor Cizek has adopted.
That, given the necessary latitude, the