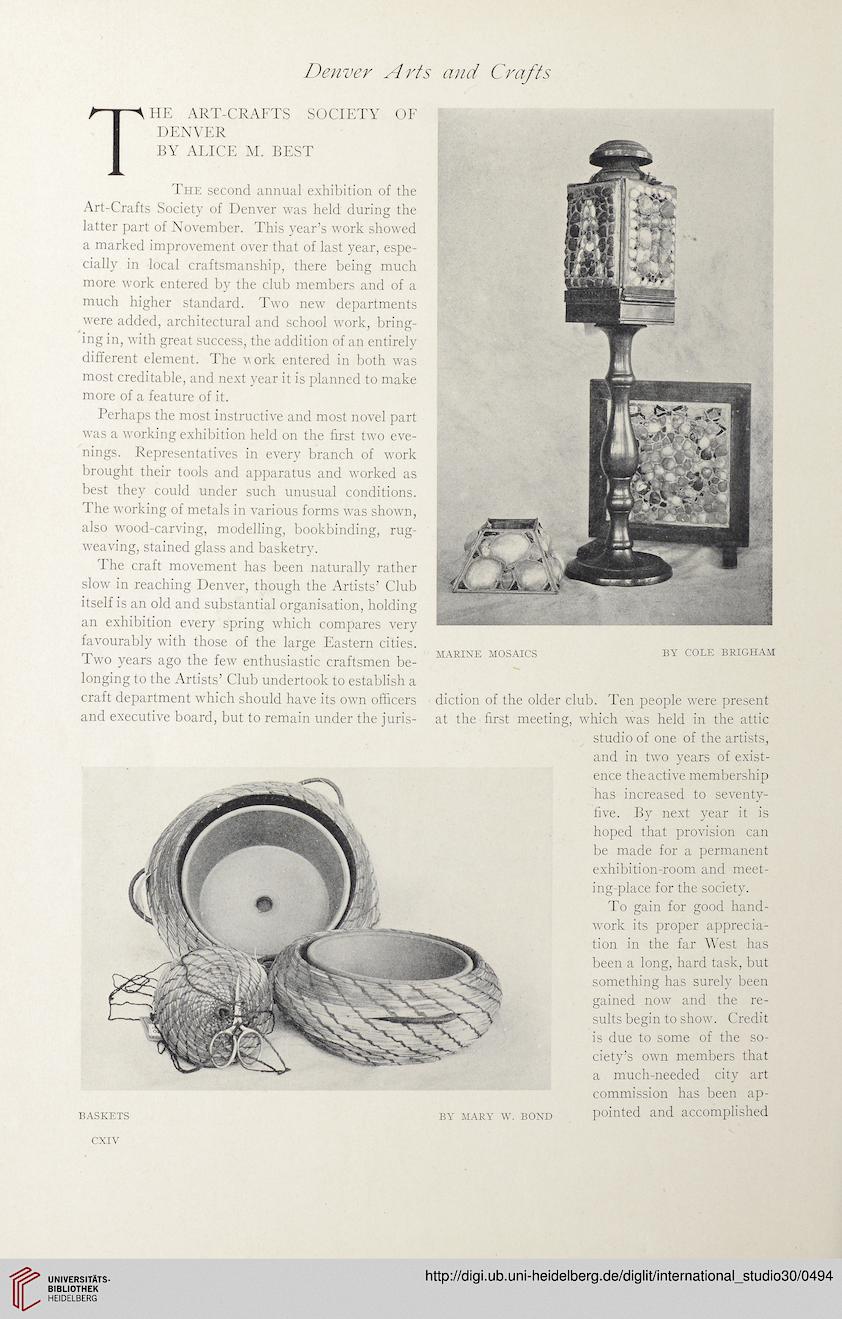 diction of the older club. Ten people were present
at the first meeting, which was held in the attic
studio of one of the artists,
and in two years of exist-
ence the active membership
has increased to seventy-
five. By next year it is
hoped that provision can
be made for a permanent
exhibition-room and meet-
ing-place for the society.
To gain for good hand-
work its proper apprecia-
tion in the far West has
been a long, hard task, but
something has surely been
gained now and the re-
sults begin to show. Credit
is due to some of the so-
ciety’s own members that
a much-needed city art
commission has been ap-
by mary w. bond pointed and accomplished

THE ART-CRAFTS SOCIETY OF
DENVER
BY ALICE M. BEST
The second annual exhibition of the
Art-Crafts Society of Denver was held during the
latter part of November. This year’s work showed
a marked improvement over that of last year, espe-
cially in local craftsmanship, there being much
more work entered by the club members and of a
much higher standard. Two new departments
were added, architectural and school work, bring-
ing in, with great success, the addition of an entirely
different element. The work entered in both was
most creditable, and next year it is planned to make
more of a feature of it.
Perhaps the most instructive and most novel part
was a working exhibition held on the first two eve-
nings. Representatives in every branch of work
brought their tools and apparatus and worked as
best they could under such unusual conditions.
The working of metals in various forms was shown,
also wood-carving, modelling, bookbinding, rug-
weaving, stained glass and basketry.
The craft movement has been naturally rather
slow in reaching Denver, though the Artists’ Club
itself is an old and substantial organisation, holding
an exhibition every spring which compares very
favourably with those of the large Eastern cities.
Two years ago the few enthusiastic craftsmen be-
longing to the Artists’ Club undertook to establish a
craft department which should have its own officers
and executive board, but to remain under the juris-