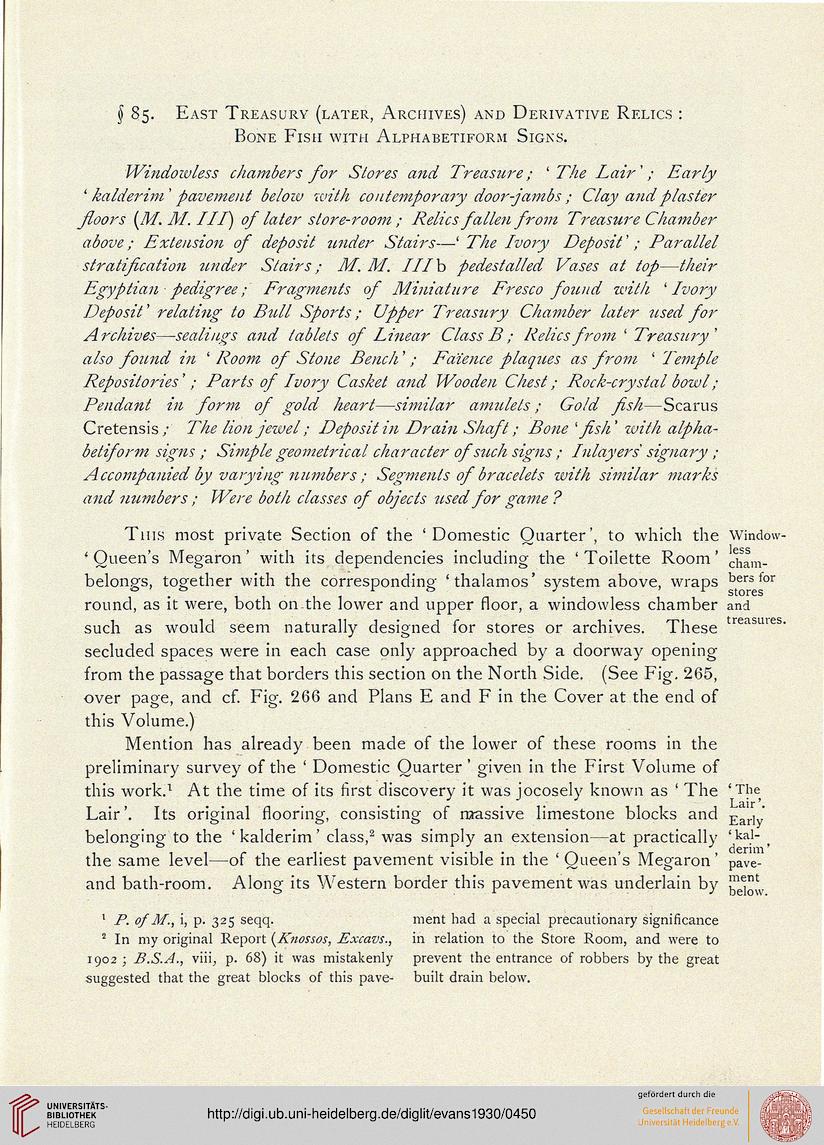 This most private Section of the 'Domestic Quarter', to which the Window-
' Queen's Megaron' with its dependencies including the 'Toilette Room' ciiam.
belongs, together with the corresponding 'thalamos' system above, wraps ber3 for
round, as it were, both on.the lower and upper floor, a windowless chamber and
such as would seem naturally designed for stores or archives. These reasures-
secluded spaces were in each case only approached by a doorway opening
from the passage that borders this section on the North Side. (See Fig. 265,
over page, and cf. Fig. 266 and Plans E and F in the Cover at the end of
this Volume.)

Mention has already been made of the lower of these rooms in the
preliminary survey of the ' Domestic Quarter' given in the First Volume of
this work.1 At the time of its first discovery it was jocosely known as ' The 'The
Lair'. Its original flooring, consisting of massive limestone blocks and Early'
belonging to the 'kalderim' class,2 was simply an extension—at practically 'ka.'- ,
the same level—of the earliest pavement visible in the 'Queen's Megaron' pave-
and bath-room. Along its Western border this pavement was underlain by ™e^n'v

2 In my original Report (Knossos, Excavs., in relation to the Store Room, and were to
1902 ; B.S.A., viii, p. 68) it was mistakenly prevent the entrance of robbers by the great
suggested that the great blocks of this pave- built drain below.