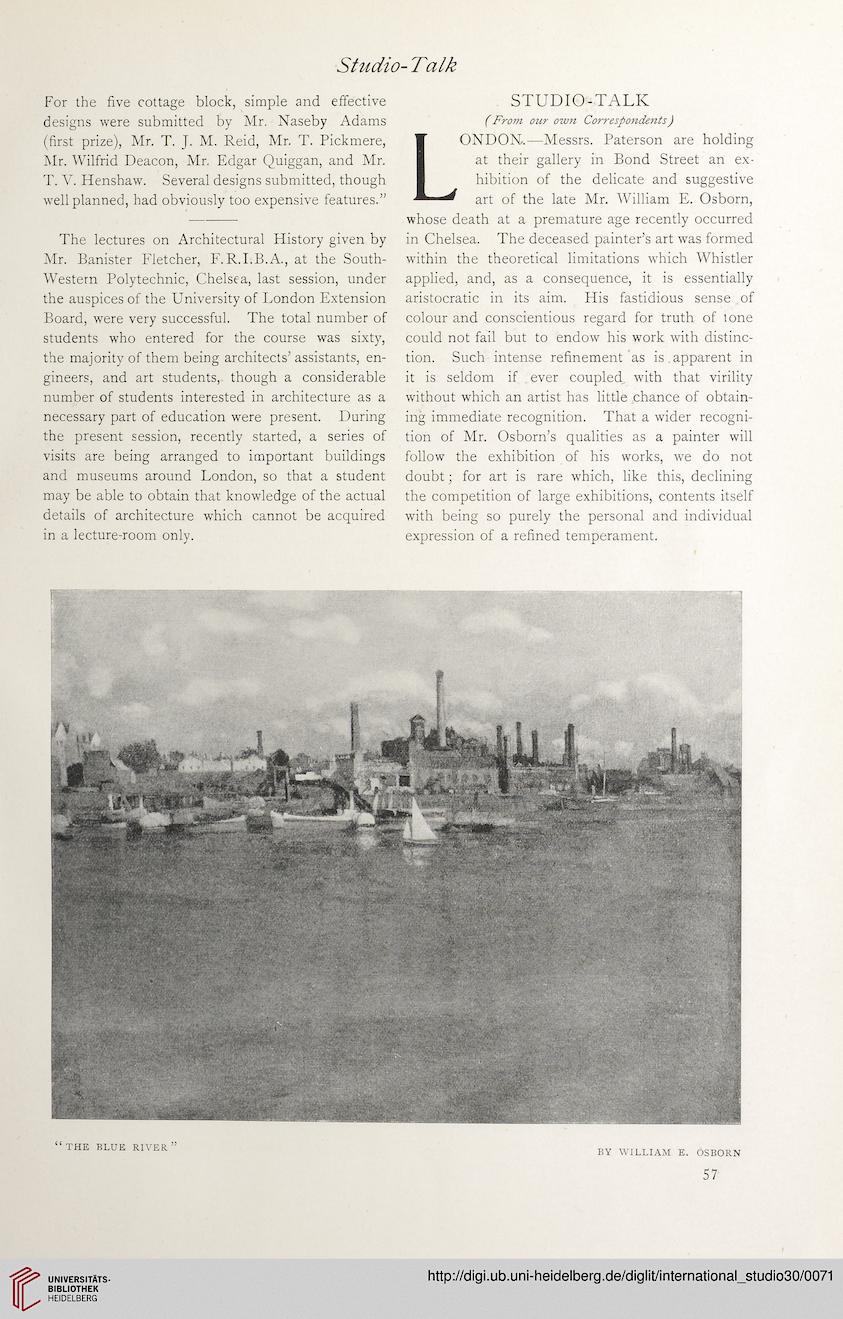 The lectures on Architectural History given by
Mr. Banister Fletcher, F. R.I.B.A., at the South-
Western Polytechnic, Chelsea, last session, under
the auspices of the University of London Extension
Board, were very successful. The total number of
students who entered for the course was sixty,
the majority of them being architects’ assistants, en-
gineers, and art students, though a considerable
number of students interested in architecture as a
necessary part of education were present. During
the present session, recently started, a series of
visits are being arranged to important buildings
and museums around London, so that a student
may be able to obtain that knowledge of the actual
details of architecture which cannot be acquired
in a lecture-room only.

STUDIO-TALK
(From our own Correspondents)
ONDON,.—Messrs. Paterson are holding
at their gallery in Bond Street an ex-
hibition of the delicate and suggestive
art of the late Mr. William E. Osborn,
whose death at a premature age recently occurred
in Chelsea. The deceased painter’s art was formed
within the theoretical limitations which Whistler
applied, and, as a consequence, it is essentially
aristocratic in its aim. His fastidious sense of
colour and conscientious regard for truth of tone
could not fail but to endow his work with distinc-
tion. Such intense refinement as is apparent in
it is seldom if ever coupled with that virility
without which an artist has little chance of obtain-
ing immediate recognition. That a wider recogni-
tion of Mr. Osborn’s qualities as a painter will
follow the exhibition of his works, we do not
doubt; for art is rare which, like this, declining
the competition of large exhibitions, contents itself
with being so purely the personal and individual
expression of a refined temperament.