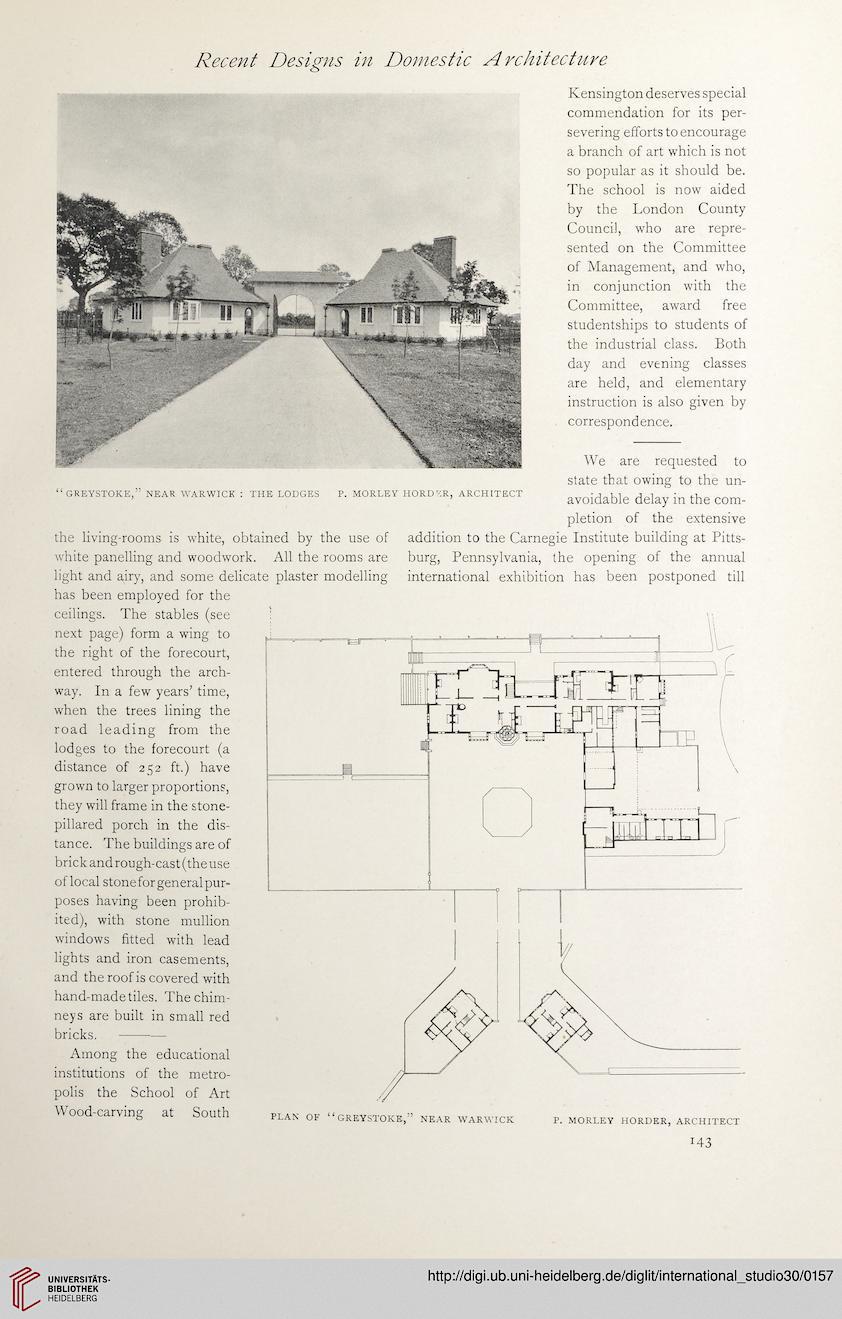 Kensington deserves special
commendation for its per-
severing efforts to encourage
a branch of art which is not
so popular as it should be.
The school is now aided
by the London County
Council, who are repre-
sented on the Committee
of Management, and who,
in conjunction with the
Committee, award free
studentships to students of
the industrial class. Both
day and evening classes
are held, and elementary
instruction is also given by
correspondence.

We are requested to
state that owing to the un-
avoidable delay in the com-
pletion of the extensive
the living-rooms is white, obtained by the use of addition to the Carnegie Institute building at Pitts-
white panelling and woodwork. All the rooms are burg, Pennsylvania, the opening of the annual
light and airy, and some delicate plaster modelling international exhibition has been postponed till
has been employed for the
ceilings. The stables (see
next page) form a wing to
the right of the forecourt,
entered through the arch-
way. In a few years’ time,
when the trees lining the
road leading from the
lodges to the forecourt (a
distance of 252 ft.) have
grown to larger proportions,
they will frame in the stone-
pillared porch in the dis-
tance. The buildings are of
brick and rough-cast (theuse
of local stone for general pur-
poses having been prohib-
ited), with stone mullion
windows fitted with lead
lights and iron casements,
and the roof is covered with
hand-made tiles. The chim-
neys are built in small red
bricks, --
Among the educational
institutions of the metro-
polis the School of Art
Wood-carving at South plan of “greystoke,” near Warwick p. morley horder, architect