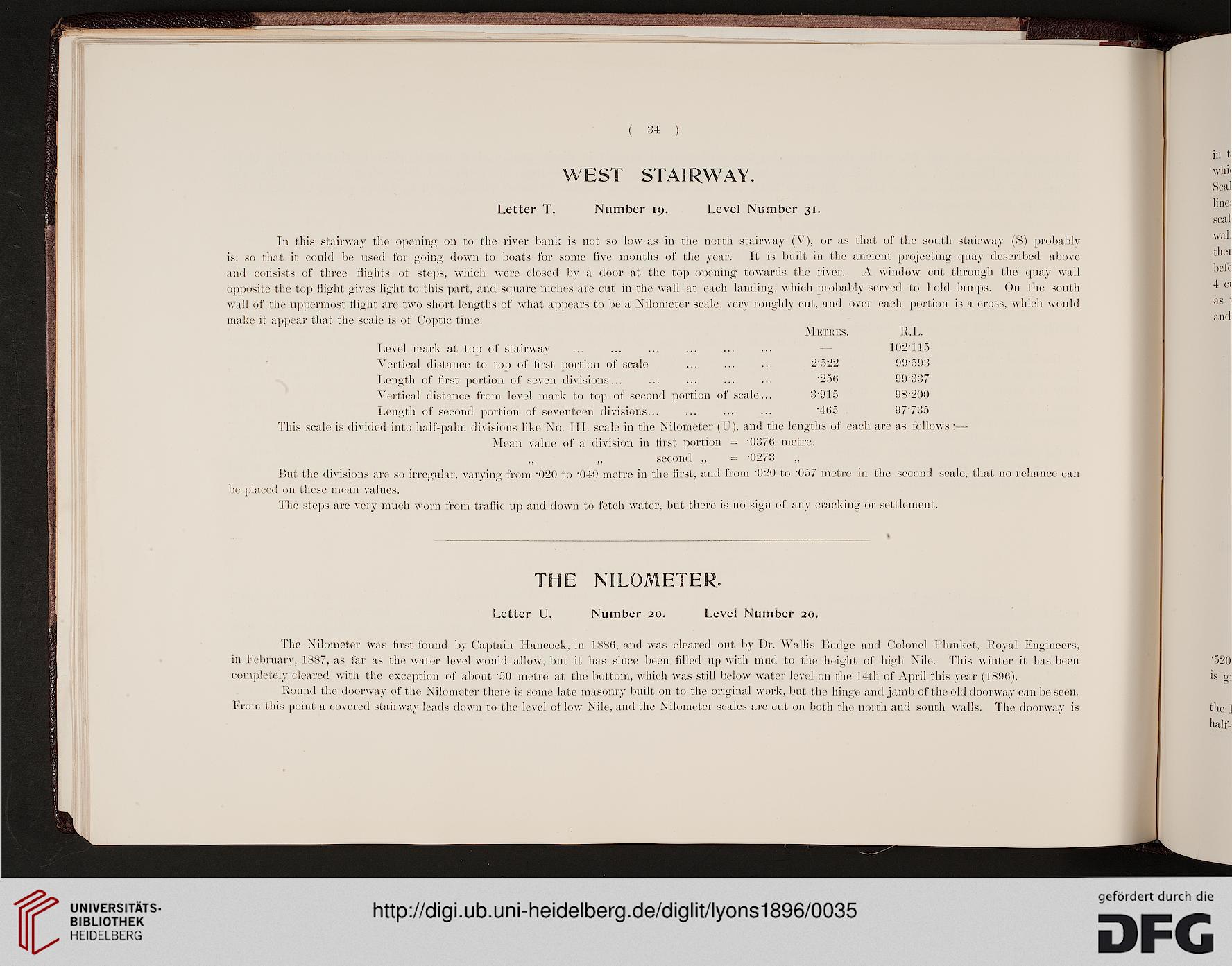 In this stairway the opening on to the river bank is not so low as in the north stairway (V), or as that of the south stairway (S) probably
is, so that it could be used for going down to boats for some five months of the year. It is built in the ancient projecting quay described above
and consists of three Mights of steps, which were closed by a door at the top opening towards the river. A window cut through the quay wall
opposite the top flight gives light to this part, and square niches are cut in the wall at each landing, which probably served to hold lamps. On the south
wall of the uppermost flight are two short lengths of what appears to be a Nilometer scale, very roughly cut, and over each portion is a cross, which would
make it appear that the scale is of Coptic time.

Mean value of a division in first portion = 0376 metre.

The steps arc very much worn from traffic up and down to fetch water, but there is no sign of any cracking or settlement.

The Nilometer was first found by Captain Hancock, in 1886, and was cleared out by Dr. Wallis Budge and Colonel Plunket, Royal Engineers,
in February, 1887, as tar as the water level would allow, but it has since been filled up with mud to the height of high Nile. This winter it has been
completely cleared with the exception of about 50 metre at the bottom, which was still below water level on the 14th of April this year (1896).

Round the doorway of the Nilometer there is some late masonry built on to the original work, but the hinge and jamb of the old doorway can be seen.
From this point a covered stairway leads down to the level of low Nile, and the Nilometer scales arc cut on both the north and south walls, The doorway is