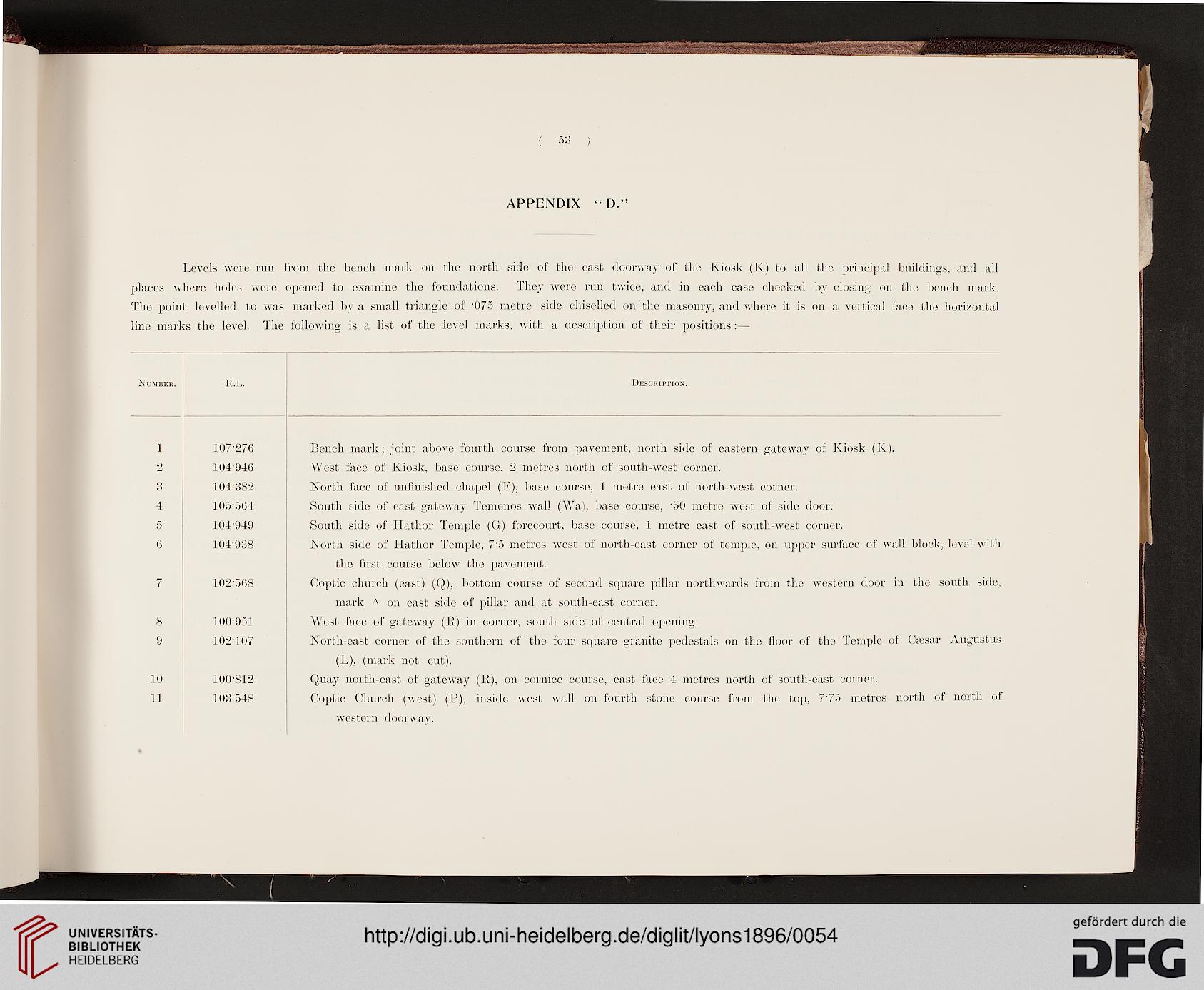 Levels were run from the bench mark on the north side of the east doorway of the Kiosk (K) to all the principal buildings, and all
places where holes were opened to examine the foundations. They were run twice, and in each case checked by closing on the bench mark.
The point levelled to was marked by a small triangle of •07.") metre side chiselled on the masonry, and where it is on a vertical face the horizontal
line marks the level. The following is a list of the level marks, with a description of their positions :—

Bench mark: joint above fourth course from pavement, north side of eastern gateway of Kiosk (K).

South side of east gateway Temenos wall (Wa), base course, '50 metre west of side door.

North side of Ilathor Temple, 7'5 metres west of north-east corner of temple, on upper surface of wall block, level with

the first course below the pavement.
Coptic church (cast) (Q), bottom course of second square pillar northwards from the western door in the south side,

mark A on east side of pillar and at south-east corner.
West face of gateway (R) in corner, south side of central opening.
North-east corner of the southern of the four square granite pedestals on the floor of the Temple of Ciesar Augustus