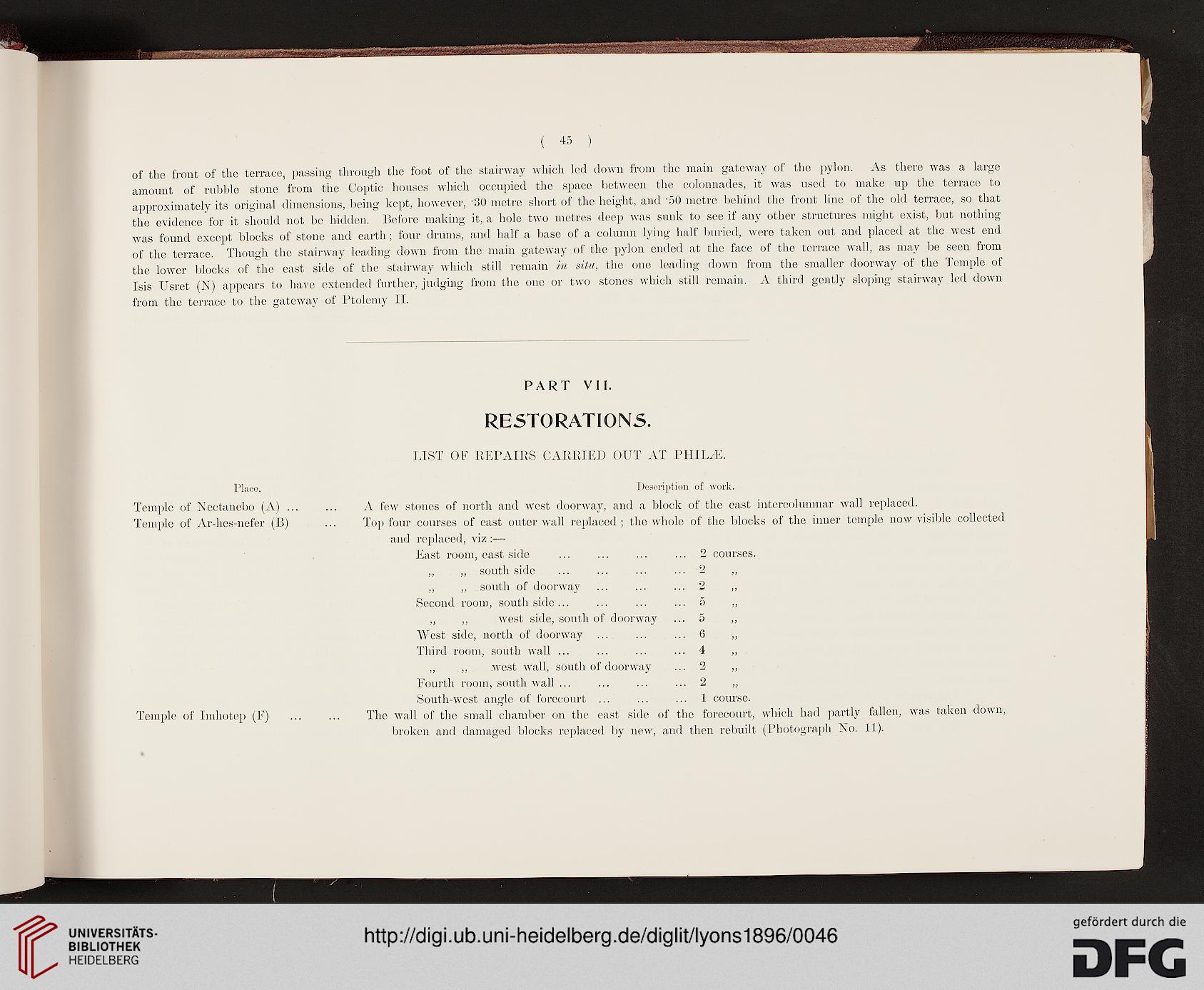 of the front of the terrace, passing through the foot of the stairway which led down from the main gateway of the pylon. As there was a large
amount of rubble stone from the Coptic houses which occupied the space between the colonnades, it was used to make up the terrace to
approximately its original dimensions, being kept, however, '30 metre short of the height, and '50 metre behind the front line of the old terrace, so that
the evidence for it should not be hidden. Before making it, a hole two metres deep was sunk to see if any other structures might exist, but nothing
was found except blocks of stone and earth; four drums, and half a base of a column lying half buried, were taken out and placed at the west end
of the terrace. Though the stairway leading down from the main gateway of the pylon ended at the face of the terrace wall, as may be seen from
the lower blocks of the east side of the stairway which still remain in situ, the one leading down from the smaller doorway of the Temple of
Isis Usrct (N) appears to have extended further, judging from the one or two stones which still remain. A third gently sloping stairway led down
from the terrace to the gateway of Ptolemy II.

Description of work.
A few stones of north and west doorway, and a block of the east intercolunmar wall replaced.
Top four courses of east outer wall replaced ; the whole of the blocks of the inner temple now visible collected
and replaced, viz :—

,, ,, west wall, south of doorw
Pourth room, south wall ...
South-west angle of forecourt ...
The wall of the small chamber on the east side of the forecourt, which had partly fallen, was taken down,
broken and damaged blocks replaced by new, and then rebuilt (Photograph Xo. 11).