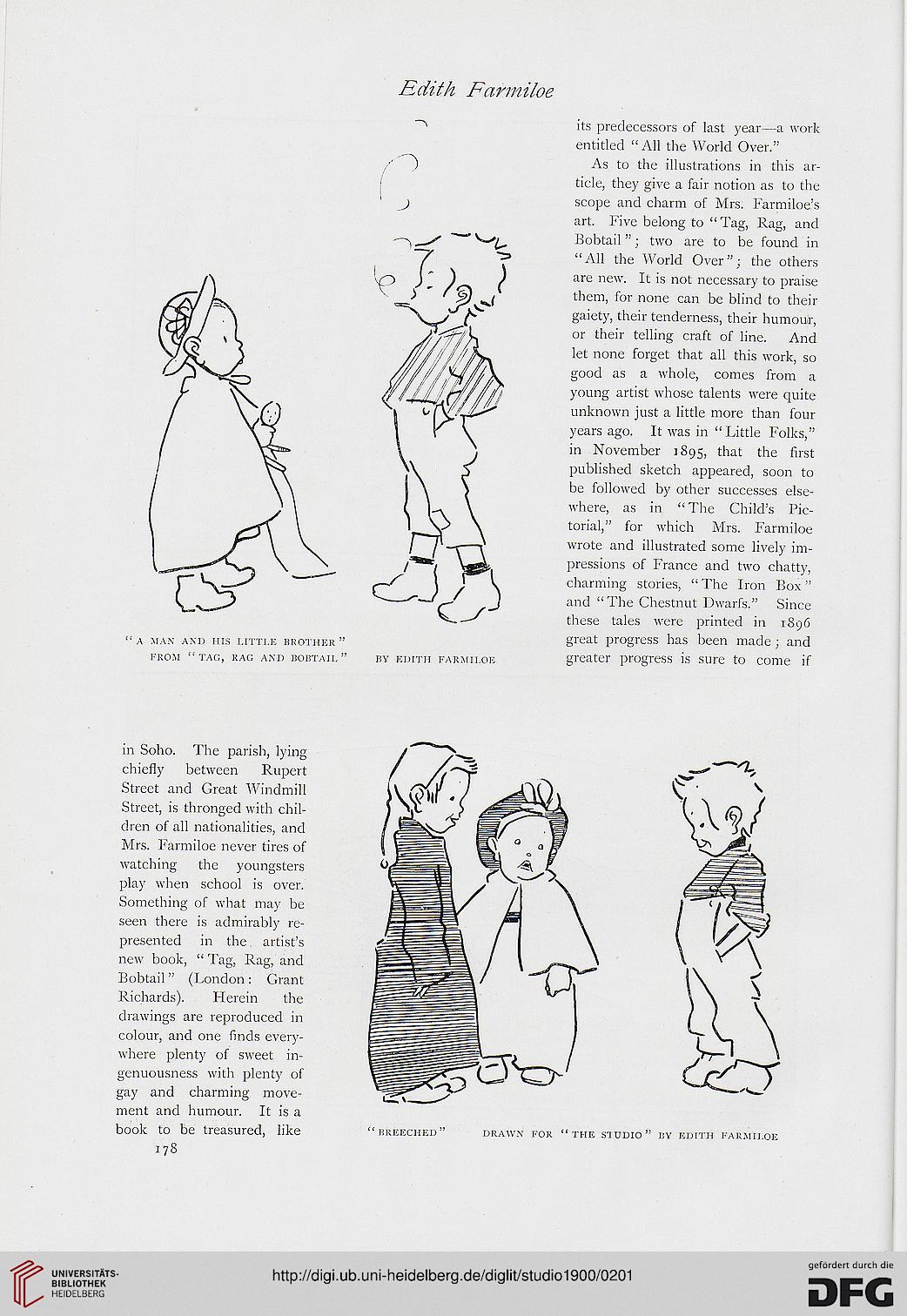 "~~> its predecessors of last year—a work

entitled " All the World Over."
■ "j As to the illustrations in this ar-

ticle, they give a fair notion as to the
j scope and charm of Mrs. Farmiloe's

art. Five belong to " Tag, Rag, and
Bobtail"; two are to be found in
"All the World Over"; the others
are new. It is not necessary to praise
them, for none can be blind to their
gaiety, their tenderness, their humour,
or their telling craft of line. And
let none forget that all this work, so
good as a whole, comes from a
young artist whose talents were quite
unknown just a little more than four
years ago. It was in "Little Folks,"
in November 1895, that the first
published sketch appeared, soon to
be followed by other successes else-
where, as in " The Child's Pic-
torial," for which Mrs. Farmiloe
wrote and illustrated some lively im-
pressions of France and two chatty,
charming stories, " The Iron Box"
and "The Chestnut Dwarfs." Since
these tales were printed in 1896
•a man and ins little brother" Sreat P™gress has been made; and

from "tag, rag and bobtail" isv EDiTii farmiloe greater progress is sure to come if

in Soho. The parish, lying
chiefly between Rupert
Street and Great Windmill
Street, is thronged with chil-
dren of all nationalities, and
Mrs. Farmiloe never tires of
watching the youngsters
play when school is over.
Something of what may be
seen there is admirably re-
presented in the artist's
new book, " lag, Rag, and
Bobtail" (London: Grant
Richards). Herein the
drawings are reproduced in
colour, and one finds every-
where plenty of sweet in-
genuousness with plenty of
gay and charming move-
ment and humour. It is a

book to be treasured, like "breeched" drawn for "the studio" by edith farmiloe