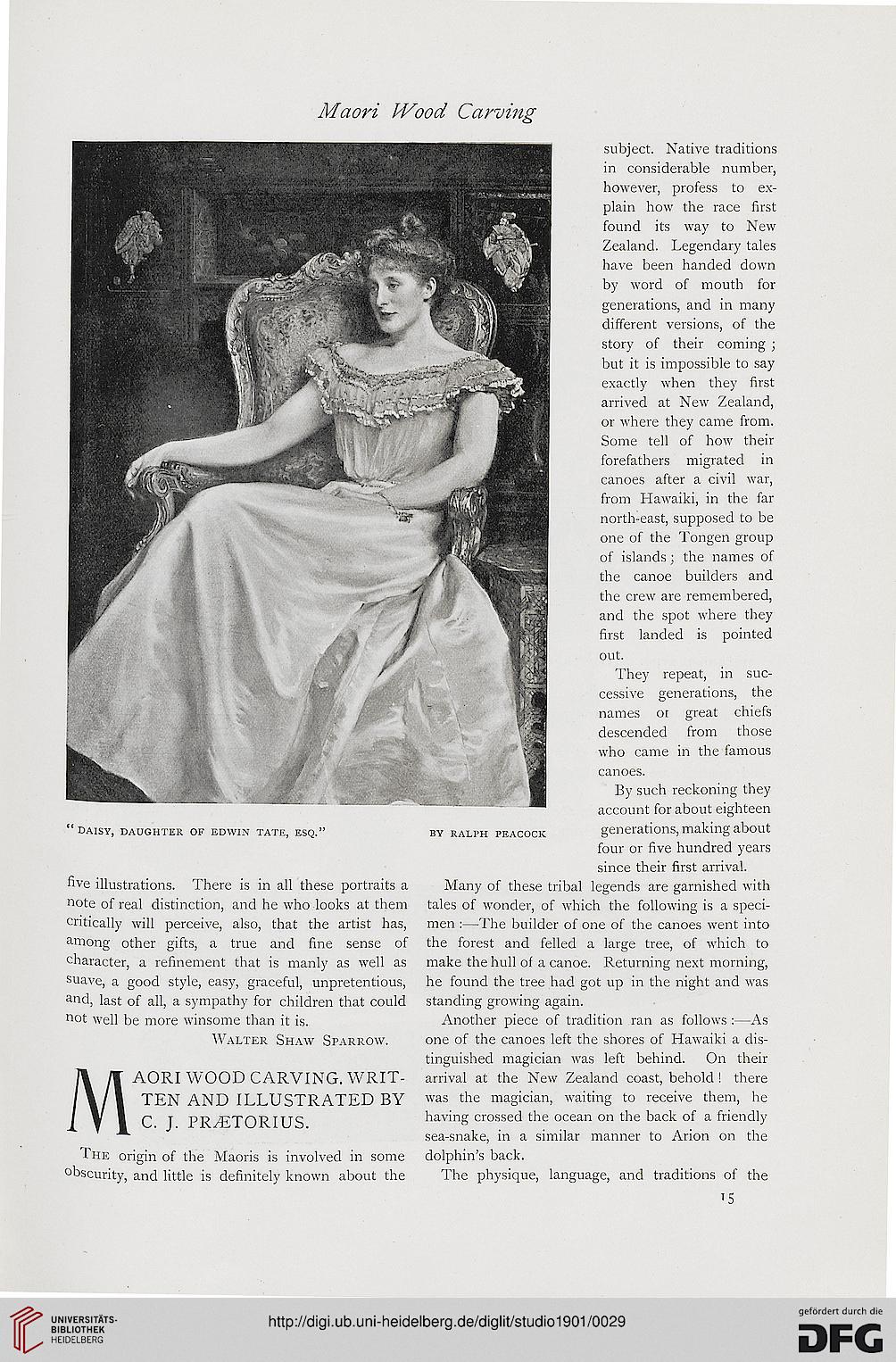 subject. Native traditions
in considerable number,
however, profess to ex-
plain how the race first
found its way to New
Zealand. Legendary tales
have been handed down
by word of mouth for
generations, and in many
different versions, of the
story of their coming ;
but it is impossible to say
exactly when they first
arrived at New Zealand,
or where they came from.
Some tell of how their
forefathers migrated in
canoes after a civil war,
from Hawaiki, in the far
north-east, supposed to be
one of the Tongen group
of islands; the names of
the canoe builders and
the crew are remembered,
and the spot where they
first landed is pointed
out.

They repeat, in suc-
cessive generations, the
names or great chiefs
descended from those
who came in the famous
canoes.

four or five hundred years
since their first arrival.

five illustrations. There is in all these portraits a Many of these tribal legends are garnished with
note of real distinction, and he who looks at them tales of wonder, of which the following is a speci-
critically will perceive, also, that the artist has, men :—The builder of one of the canoes went into
among other gifts, a true and fine sense of the forest and felled a large tree, of which to
character, a refinement that is manly as well as make the hull of a canoe. Returning next morning,
suave, a good style, easy, graceful, unpretentious, he found the tree had got up in the night and was
and, last of all, a sympathy for children that could standing growing again.

not well be more winsome than it is. Another piece of tradition ran as follows :—As

Walter Shaw Sparrow. one of the canoes left the shores of Hawaiki a dis-
tinguished magician was left behind. On their
AORI WOOD CARVING. WRIT- arrival at the New Zealand coast, behold ! there
TEN AND ILLUSTRATED BY was the magician, waiting to receive them, he
C J PR/ETORIUS having crossed the ocean on the back of a friendly

sea-snake, in a similar manner to Arion on the
The origin of the Maoris is involved in some dolphin's back,
obscurity, and little is definitely known about the The physique, language, and traditions of the