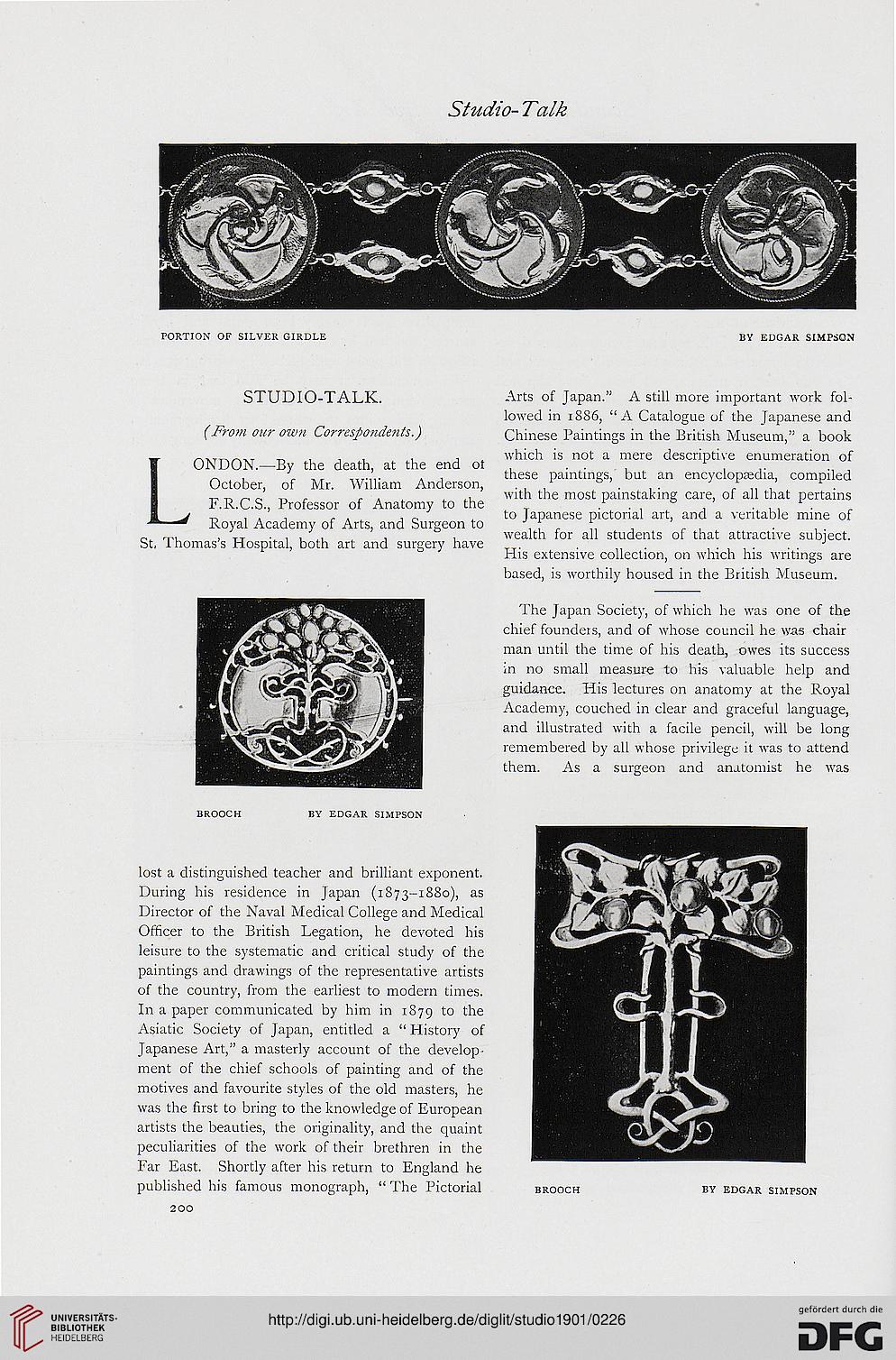 LONDON.—By the death, at the end ot
October, of Mr. William Anderson,
F.R.C.S., Professor of Anatomy to the
Royal Academy of Arts, and Surgeon to
St, Thomas's Hospital, both art and surgery have

lost a distinguished teacher and brilliant exponent.
During his residence in Japan (1873-1880), as
Director of the Naval Medical College and Medical
Officer to the British Legation, he devoted his
leisure to the systematic and critical study of the
paintings and drawings of the representative artists
of the country, from the earliest to modern times.
In a paper communicated by him in 1879 to the
Asiatic Society of Japan, entitled a " History of
Japanese Art," a masterly account of the develop-
ment of the chief schools of painting and of the
motives and favourite styles of the old masters, he
was the first to bring to the knowledge of European
artists the beauties, the originality, and the quaint
peculiarities of the work of their brethren in the
Far East. Shortly after his return to England he
published his famous monograph, " The Pictorial
200

Arts of Japan." A still more important work fol-
lowed in 1886, "A Catalogue of the Japanese and
Chinese Paintings in the British Museum," a book
which is not a mere descriptive enumeration of
these paintings, but an encyclopaedia, compiled
with the most painstaking care, of all that pertains
to Japanese pictorial art, and a veritable mine of
wealth for all students of that attractive subject.
His extensive collection, on which his writings are
based, is worthily housed in the British Museum.

The Japan Society, of which he was one of the
chief founders, and of whose council he was chair
man until the time of his death, owes its success
in no small measure to his valuable help and
guidance. His lectures on anatomy at the Royal
Academy, couched in clear and graceful language,
and illustrated with a facile pencil, will be long
remembered by all whose privilege it was to attend
them. As a surgeon and anatomist he was