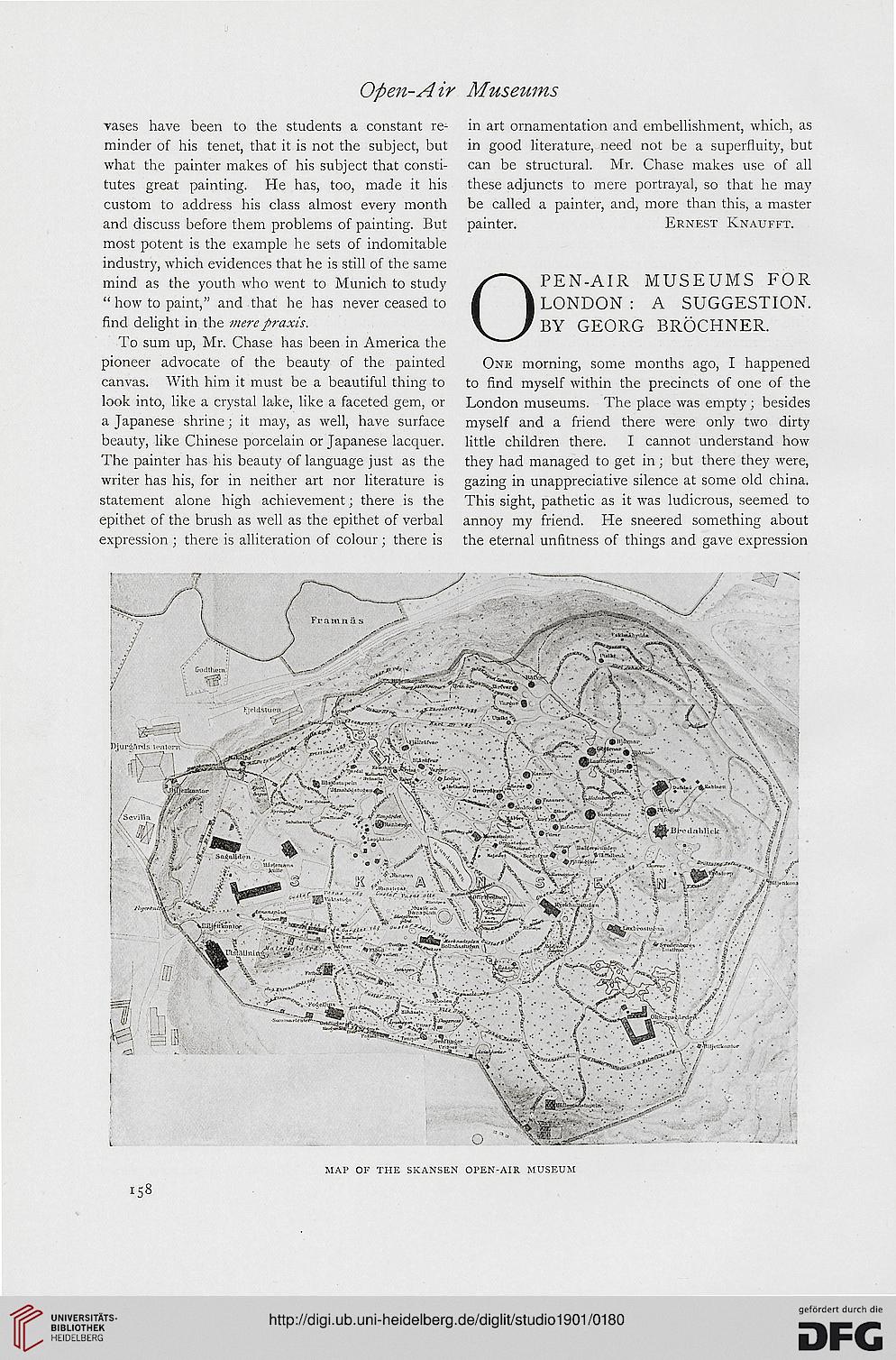 Information about OCR text
u

vases have been to the students a constant re-
minder of his tenet, that it is not the subject, but
what the painter makes of his subject that consti-
tutes great painting. He has, too, made it his
custom to address his class almost every month
and discuss before them problems of painting. But
most potent is the example he sets of indomitable
industry, which evidences that he is still of the same
mind as the youth who went to Munich to study
" how to paint," and that he has never ceased to
find delight in the mere praxis.

To sum up, Mr. Chase has been in America the
pioneer advocate of the beauty of the painted
canvas. With him it must be a beautiful thing to
look into, like a crystal lake, like a faceted gem, or
a Japanese shrine; it may, as well, have surface
beauty, like Chinese porcelain or Japanese lacquer.
The painter has his beauty of language just as the
writer has his, for in neither art nor literature is
statement alone high achievement; there is the
epithet of the brush as well as the epithet of verbal
expression ; there is alliteration of colour; there is

in art ornamentation and embellishment, which, as
in good literature, need not be a superfluity, but
can be structural. Mr. Chase makes use of all
these adjuncts to mere portrayal, so that he may
be called a painter, and, more than this, a master
painter. Ernest Knaufft.

OPEN-AIR MUSEUMS FOR
LONDON : A SUGGESTION.
BY GEORG BROCHNER.

One morning, some months ago, I happened
to find myself within the precincts of one of the
London museums. The place was empty ; besides
myself and a friend there were only two dirty
little children there. I cannot understand how
they had managed to get in; but there they were,
gazing in unappreciative silence at some old china.
This sight, pathetic as it was ludicrous, seemed to
annoy my friend. He sneered something about
the eternal unfitness of things and gave expression

MAP OF THE SKANSEN OPEN-AIR MUSEUM