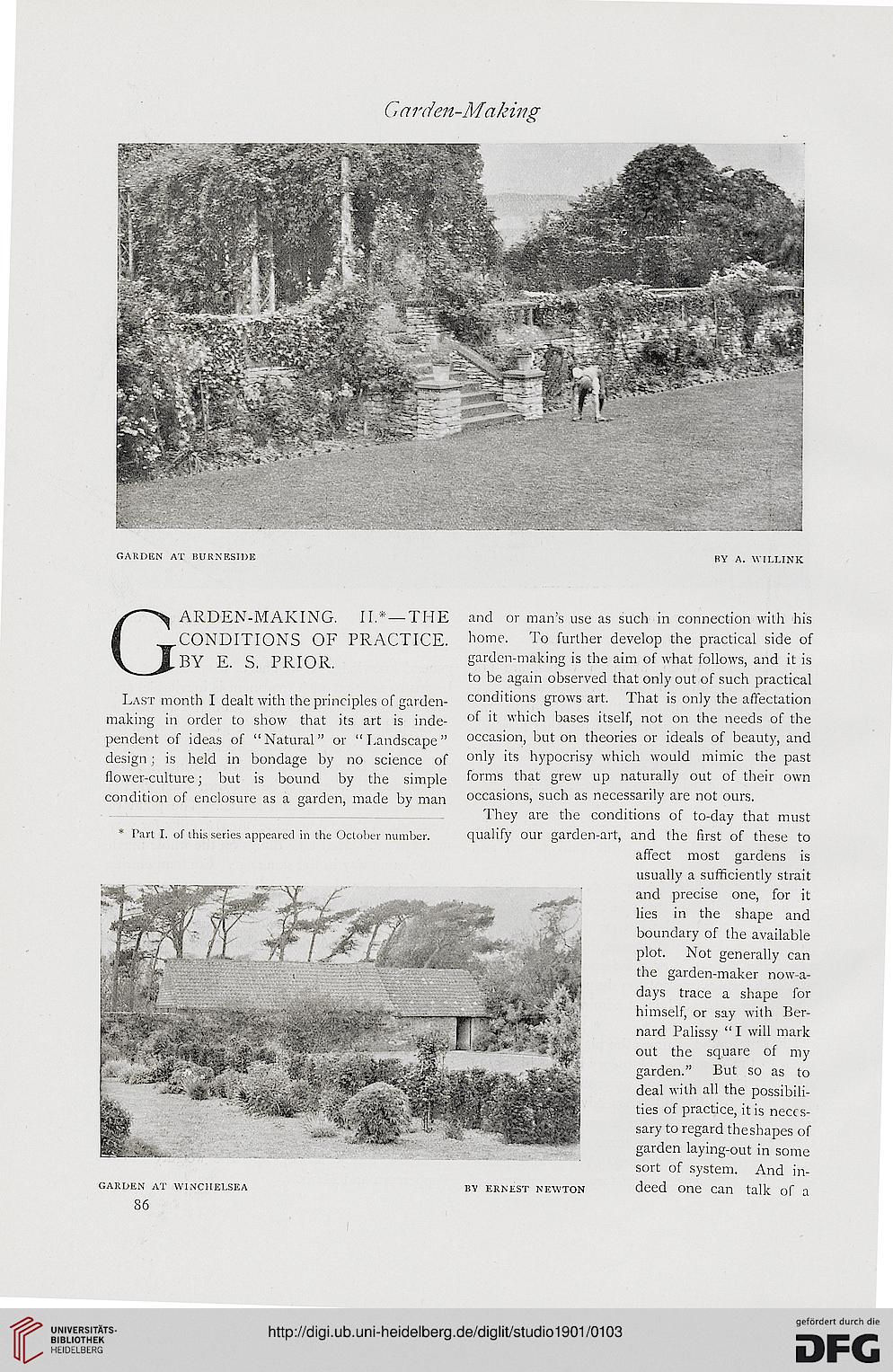 GARDEN AT 1SURNF.STDK BY A. WILLINK

GARDEN-MAKING. II.* — THE and or man's use as such in connection with his
CONDITIONS OE PRACTICE, home. To further develop the practical side of
BY E S PRIOR garden-making is the aim of what follows, and it is

to be again observed that only out of such practical
Last month I dealt with the principles of garden- conditions grows art. That is only the affectation
making in order to show that its art is inde- of h which bases itself> not on the needs of the
pendent of ideas of " Natural" or " Landscape " occasion, but on theories or ideals of beauty, and
design; is held in bondage by no science of only its hypocrisy which would mimic the past
flower-culture; but is bound by the simple forms that Srew UP naturally out of their own
condition of enclosure as a garden, made by man occasions, such as necessarily are not ours.

They are the conditions of to-day that must
* Part I. of this,series appeared in the October number. qualify our garden-art, and the first of these to

affect most gardens is
usually a sufficiently strait
and precise one, for it
lies in the shape and
boundary of the available
plot. Not generally can
the garden-maker now-a-
days trace a shape for
himself, or say with Ber-
nard Palissy " I will mark
out the square of my
garden." But so as to
deal with all the possibili-
ties of practice, it is neces-
sary to regard theshapes of
garden laying-out in some
sort of system. And in-