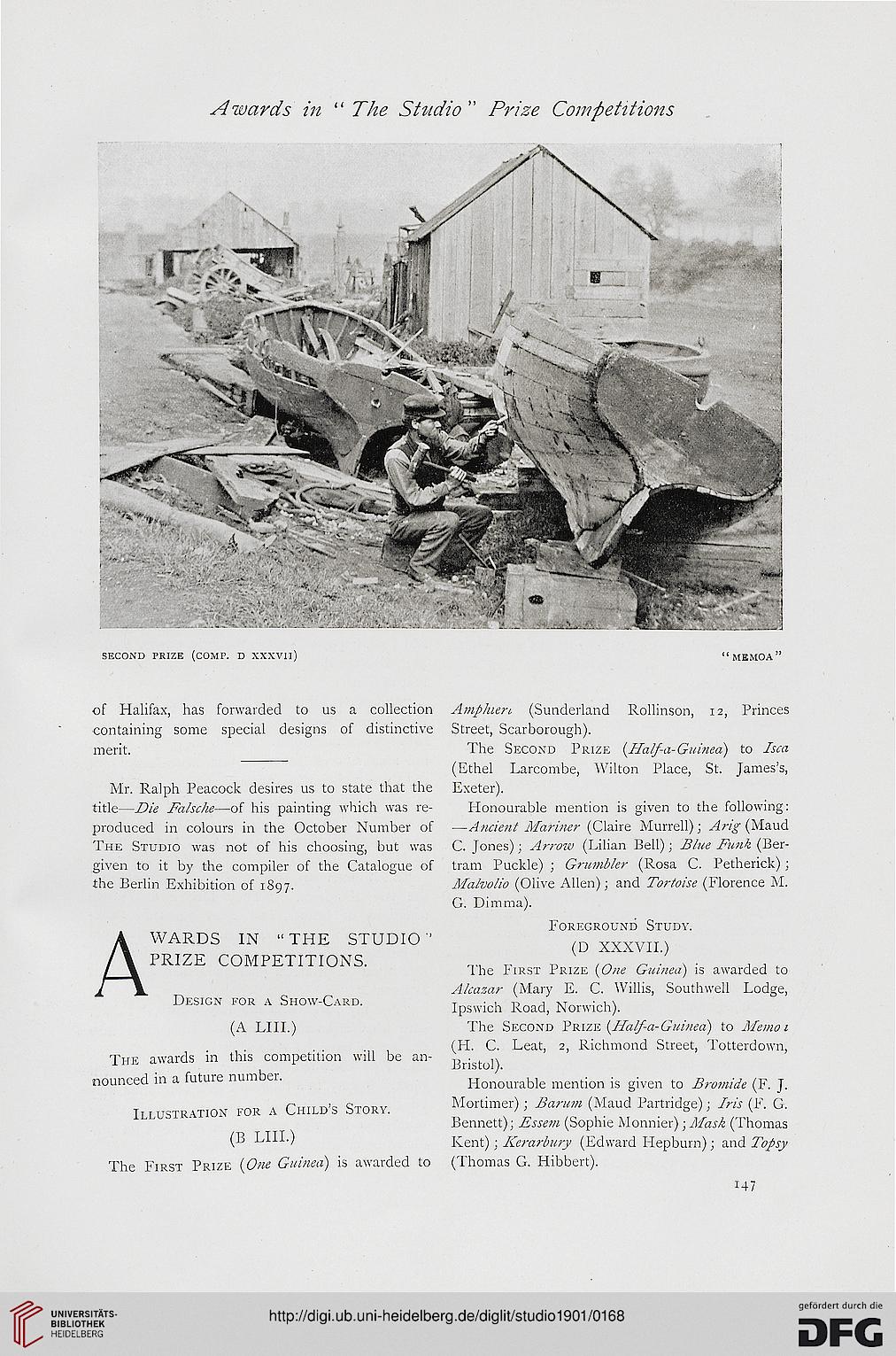 Information about OCR text
Awards in " The Studio"

of Halifax, has forwarded to us a collection
■containing some special designs of distinctive
merit.

Mr. Ralph Peacock desires us to state that the
title—Die Falsche—of his painting which was re-
produced in colours in the October Number of
The Studio was not of his choosing, but was
given to it by the compiler of the Catalogue of
the Berlin Exhibition of 1897.

AWARDS IN " THE STUDIO "
PRIZE COMPETITIONS.

The awards in this competition will be an-
nounced in a future number.

Illustration for a Child's Story.
(B LIII.)

The First Prize {One Guinea) is awarded to