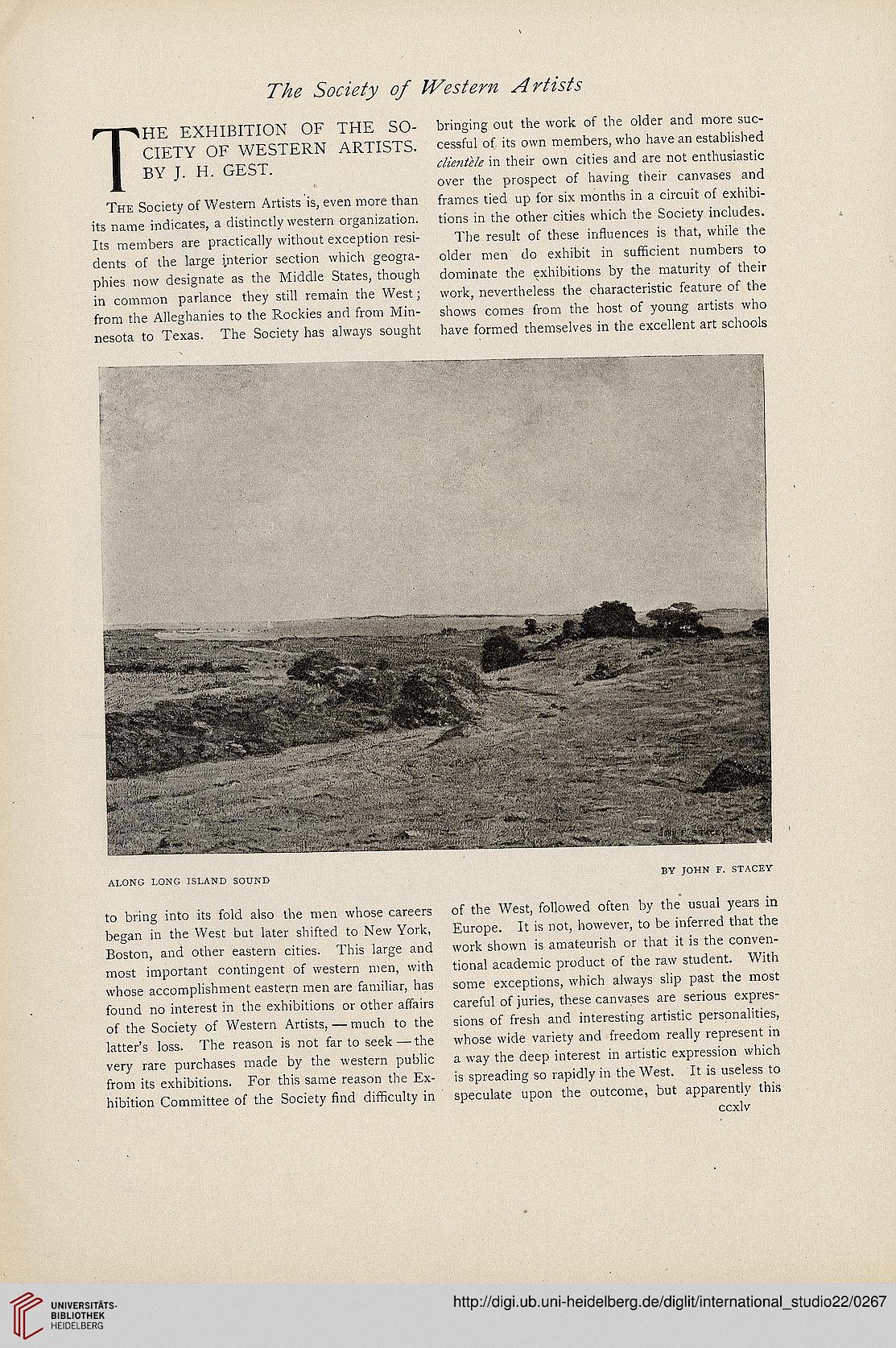 rnr^HE EXHIBITION OF THE SO-
) CIETY OF WESTERN ARTISTS.
BY J. H. GEST.
THE Society of Western Artists is, even more than
its name indicates, a distinctly western organization.
Its members are practicaliy without exception resi-
dents of the large interior section which geogra-
phies now designate as the Middle States, though
in common parlance they still remain the West;
from the Alleghanies to the Rockies and from Min-
nesota to Texas. The Society has always sought

bringing out the work of the older and more suc-
cessful of its own members, who have an established
in their own cities and are not enthusiastic
over the prospect of having their canvases and
frames tied up for six months in a circuit of exhibi-
tions in the other cities which the Society includes.
The result of these influences is that, while the
older men do exhibit in sufficient numbers to
dominate the exhibitions by the maturity of their
work, nevertheless the characteristic feature of the
shows comes from the host of young artists who
have formed themselves in the excellent art schools

to bring into its fold also the men whose careers
began in the West but later shifted to New York,
Boston, and other eastern cities. This large and
most important contingent of western men, with
whose accomplishment eastern men are familiar, has
found no interest in the exhibitions or other affairs
of the Society of Western Artists, — much to the
latter's loss. The reason is not far to seek — the
very rare purchases made by the western public
from its exhibitions. For this same reason the Ex-
hibition Committee of the Society find difficulty in

of the West, followed often by the usual years in
Europe. It is not, however, to be inferred that the
work shown is amateurish or that it is the conven-
tional academic product of the raw student. With
some exceptions, which always slip past the most
careful of juries, these canvases are serious expres-
sions of fresh and interesting artistic personalities,
whose wide variety and freedom really represent in
a way the deep interest in artistic expression which
is spreading so rapidly in the West. It is useless to
speculate upon the outcome, but apparently this
ccxlv