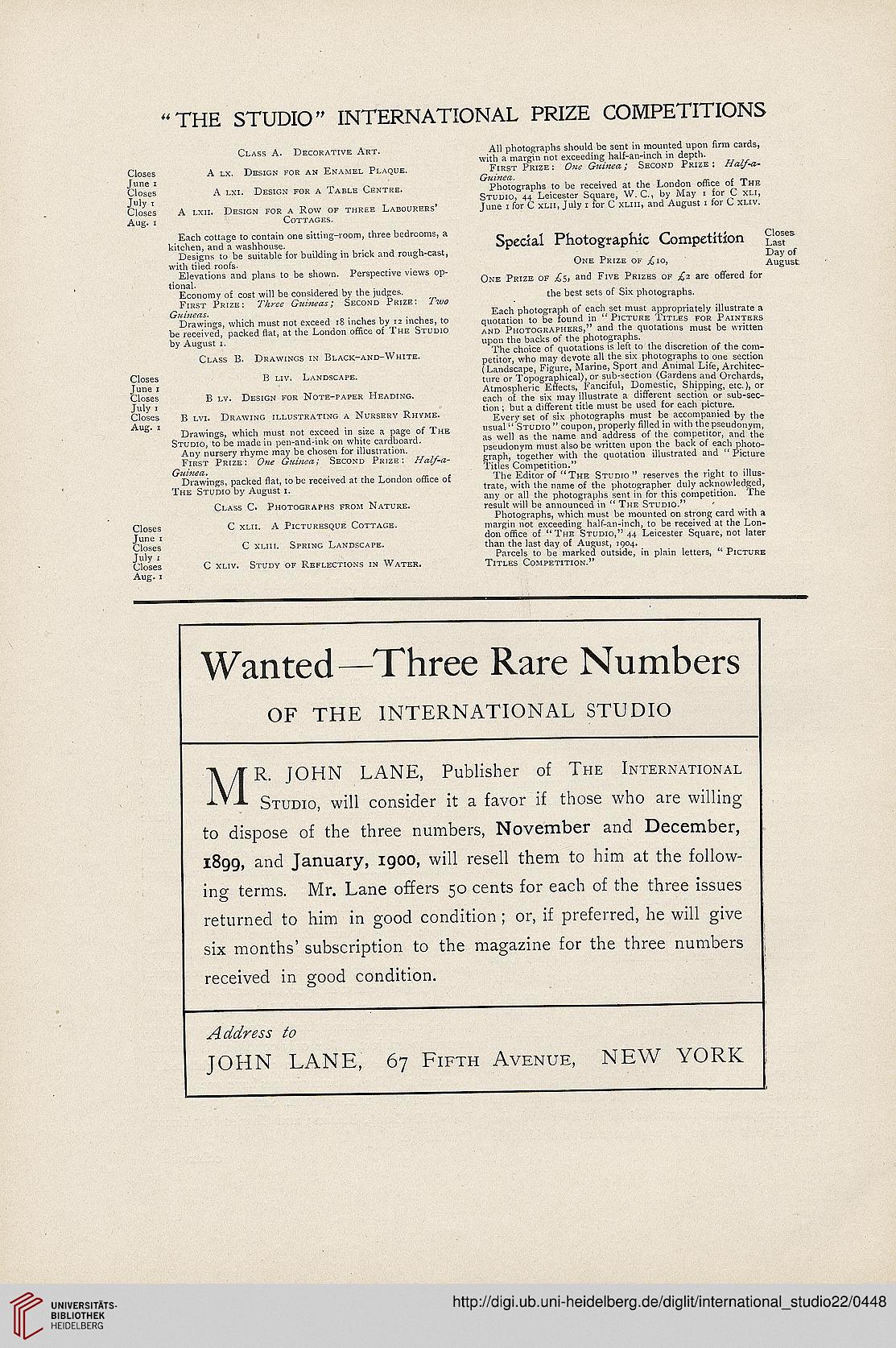 
Special Photographic Competition
AND PHOTOGRAPHERS,^ and the quotations must be written
upon the backs of the photographs.
The choice of quotations is left to the discretion of the com-
petitor, who may devote all the six photographs to one section
(Landscape, Figure, Marine, Sport and Animal Life, Architec-
ture or Topographical), or sub-section (Gardens and Orchards,
Atmospheric Effects, Fanciful, Domestic, Shipping, etc.), or
each of the six may illustrate a different section or sub-sec-
tion ; but a different title must be used for each picture.
margin not exceeding half-an-inch, to be received at the Lon-
don office of "THE STUDIO," 44 Leicester Square, not later
than the last day of August, 1904.

1\/TR. JOHN LANE, Publisher of TriE INTERNATIONAL
STUDio, will consider it a favor if those who are willing
to dispose of the three numbers, November and December,
1899, and January, 1900, will resell them to him at the follow-
ing terms. Mr. Lane offers 50 cents for each of the three issues
returned to him in good condition ; or, if preferred, he will give
six months' subscription to the magazine for the three numbers
received in good condition.
A AAgjj A?
JOHN LANE, 67 FiFTH AvENUE, NEW YORK