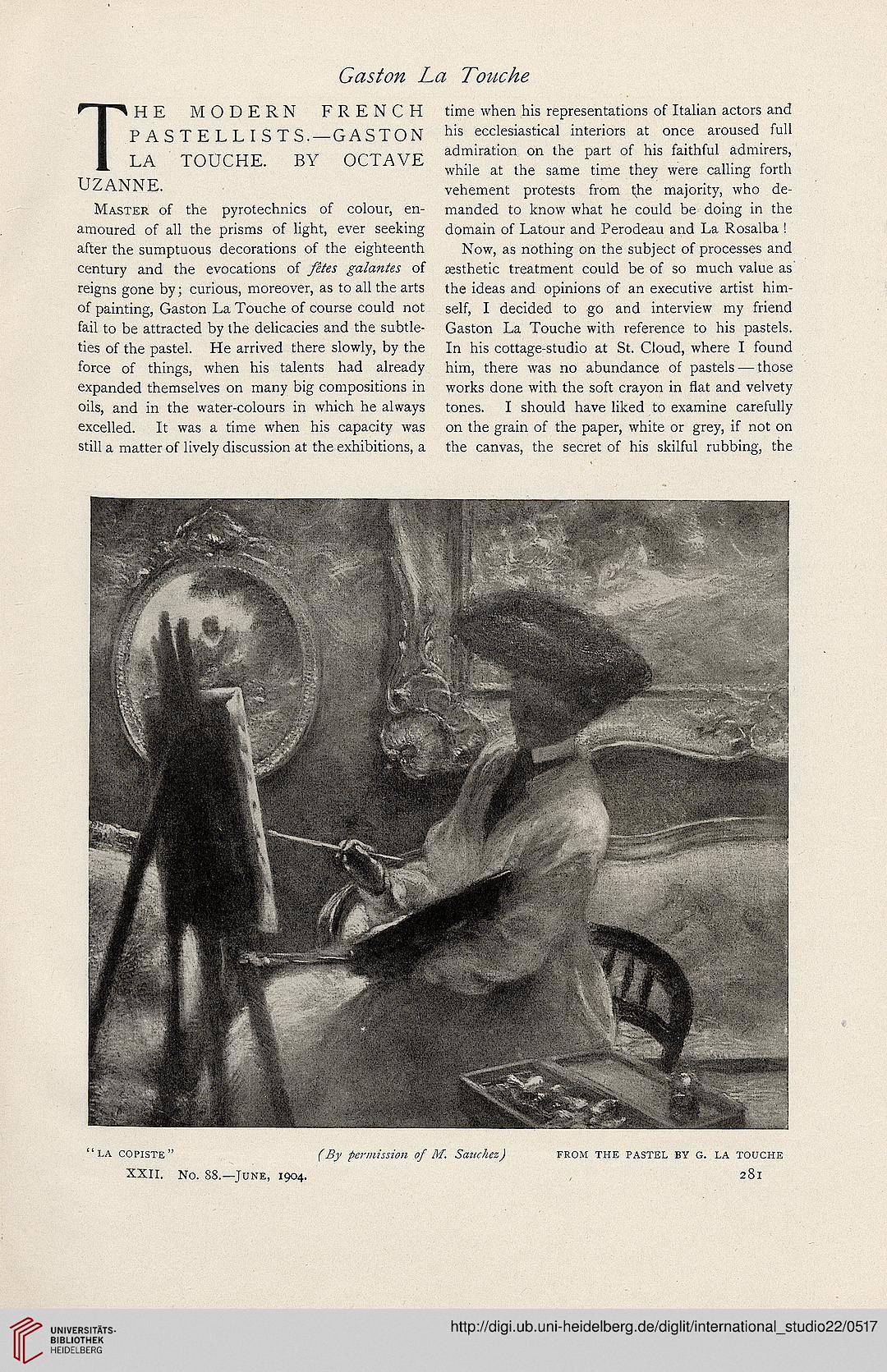 time when his representations of Italian actors and
his ecclesiastical interiors at once aroused full
admiration on the part of his faithful admirers,
while at the same time they were calling forth
vehement protests from the majority, who de-
manded to know what he could be doing in the
domain of Latour and Perodeau and La Rosalba !
Now, as nothing on the subject of processes and
aesthetic treatment could be of so much value as
the ideas and opinions of an executive artist him-
self, I decided to go and interview my friend
Gaston La Touche with reference to his pastels.
In his cottage-studio at St. Cloud, where I found
him, there was no abundance of pastels — those
works done with the soft crayon in Hat and velvety
tones. I should have liked to examine carefully
on the grain of the paper, white or grey, if not on
the canvas, the secret of his skilful rubbing, the


^T^HE MODERN FRENCH
P AS T E L L I S TS. —GASTON
1 LA TOUCHE. BY OCTAVE
UZANNE.
MASTER of the pyrotechnics of colour, en-
amoured of all the prisms of light, ever seeking
after the sumptuous decorations of the eighteenth
century and the evocations of of
reigns gone by; curious, moreover, as to all the arts
of painting, Gaston La Touche of course could not
fail to be attracted by the delicacies and the subtle-
ties of the pastel. He arrived there slowly, by the
force of things, when his talents had already
expanded themselves on many big compositions in
oils, and in the water-colours in which he always
excelled. It was a time when his capacity was
still a matter of lively discussion at the exhibitions, a

FROM THE PASTEL BY G. LA TOUCHE
2Sl