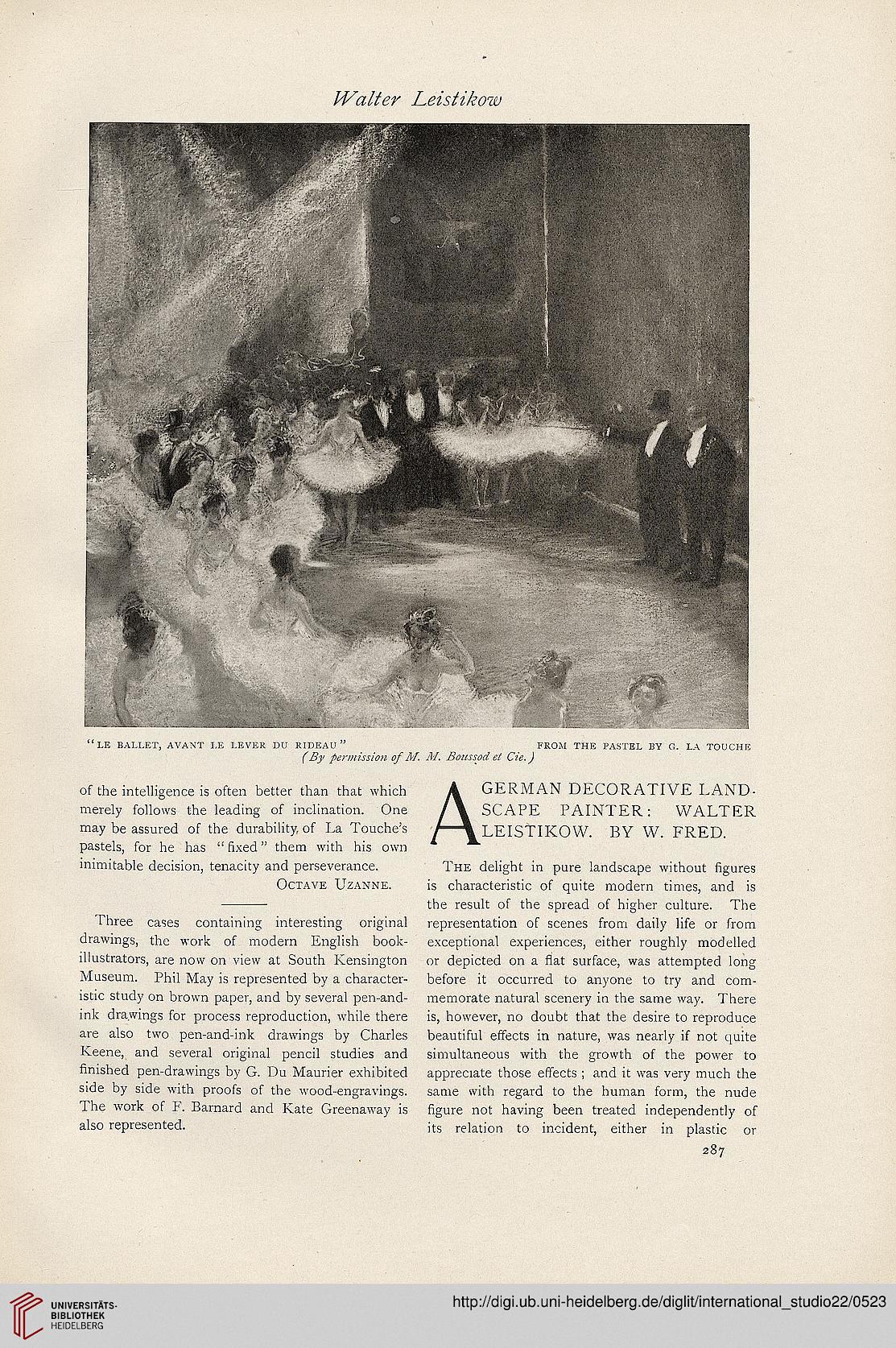 of the intelligence is often better than that which
merely follows the leading of inclination. One
may be assured of the durability of La Touche's
pastels, for he has " fixed" them with his own
inimitable decision, tenacity and perseverance.
OCTAVE UZANNE.

Three cases containing interesting original
drawings, the work of modern English book-
illustrators, are now on view at South Kensington
Museum. Phil May is represented by a character-
istic study on brown paper, and by several pen-and-
ink drawings for process reproduction, while there
are also two pen-and-ink drawings by Charles
Keene, and several original pencil studies and
finished pen-drawings by G. Du Maurier exhibited
side by side with proofs of the wood-engravings.
The work of F. Barnard and Kate Greenaway is
also represented.

A GERMAN DECORATIVE LAND-
/\ SCAPE PAINTER: WALTER
^LEISTIKOW. BY W. FRED.
THE delight in pure landscape without figures
is characteristic of quite modern times, and is
the result of the spread of higher culture. The
representation of scenes from daily life or from
exceptional experiences, either roughly modelled
or depicted on a flat surface, was attempted long
before it occurred to anyone to try and com-
memorate natural scenery in the same way. There
is, however, no doubt that the desire to reproduce
beautiful effects in nature, was nearly if not quite
simultaneous with the growth of the power to
appreciate those effects ; and it was very much the
same with regard to the human form, the nude
figure not having been treated independently of
its relation to incident, either in plastic or
287