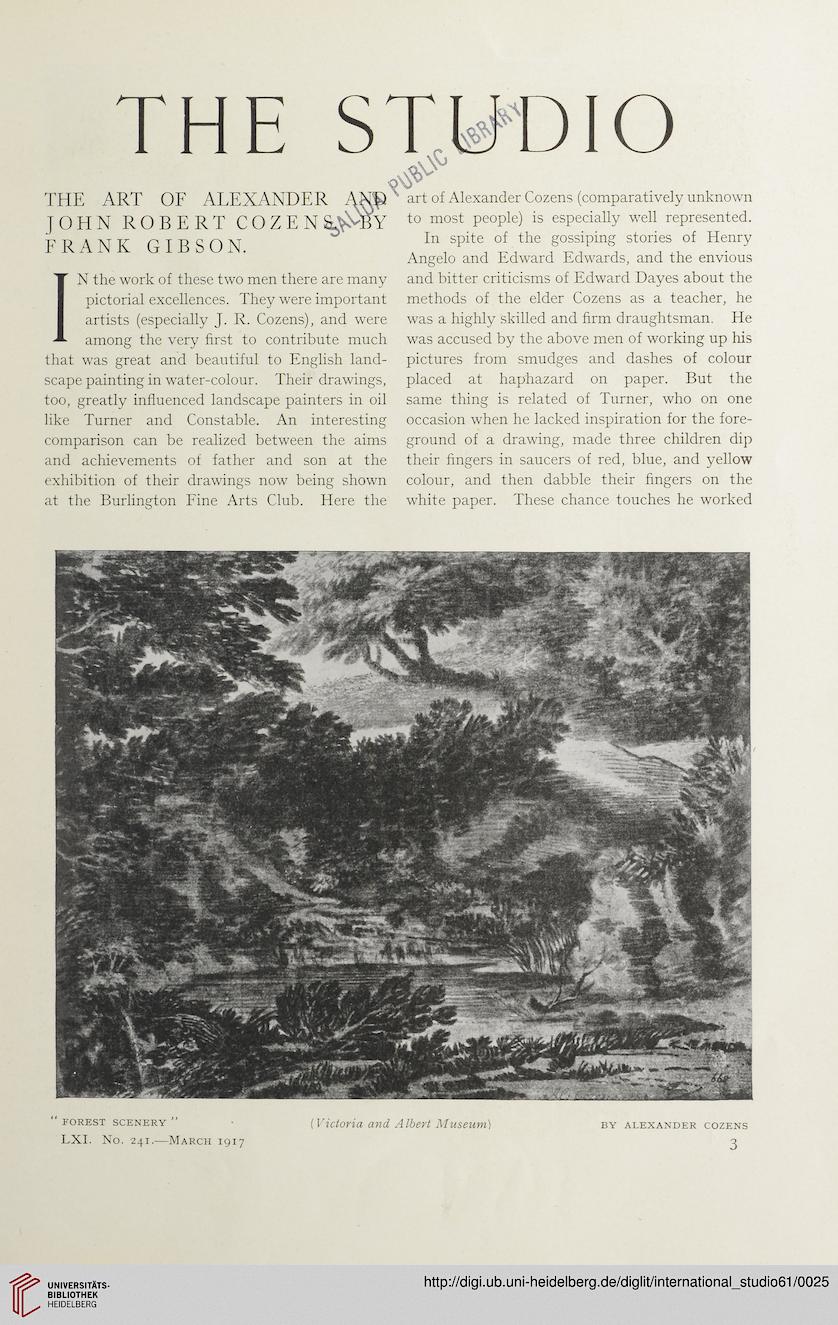 Information about OCR text
THE ART OF ALEXANDER AN^I
JOHN ROBERT COZEN^MBY
FRANK GIBSON.
IN the work of these two men there are many
pictorial excellences. They were important
artists (especially J. R. Cozens), and were
among the very first to contribute much
that was great and beautiful to English land-
scape painting in water-colour. Their drawings,
too, greatly influenced landscape painters in oil
like Turner and Constable. An interesting
comparison can be realized between the aims
and achievements of father and son at the
exhibition of their drawings now being shown
at the Burlington Fine Arts Club. Here the

art of Alexander Cozens (comparatively unknown
to most people) is especially well represented.
In spite of the gossiping stories of Henry
Angelo and Edward Edwards, and the envious
and bitter criticisms of Edward Dayes about the
methods of the elder Cozens as a teacher, he
was a highly skilled and firm draughtsman. He
was accused by the above men of working up his
pictures from smudges and dashes of colour
placed at haphazard on paper. But the
same thing is related of Turner, who on one
occasion when he lacked inspiration for the fore-
ground of a drawing, made three children dip
their fingers in saucers of red, blue, and yellow
colour, and then dabble their fingers on the
white paper. These chance touches he worked