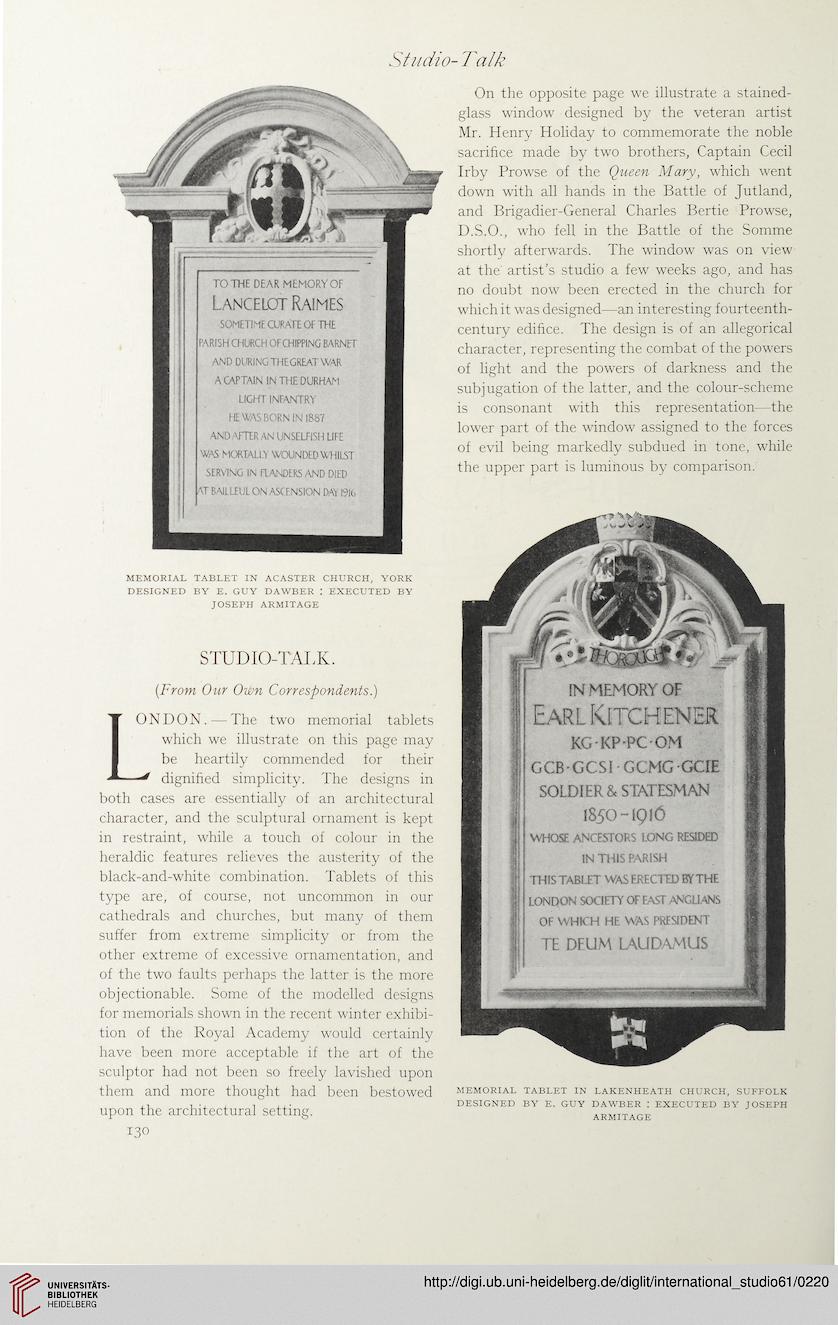 the
the
this
our

in
of
of
in

(From Our Own Correspondents.}
LONDON. — The two memorial tablets
which we illustrate on this page may
be heartily commended for their
dignified simplicity. The designs in
both cases are essentially of an architectural
character, and the sculptural ornament is kept
in restraint, while a touch of colour
heraldic features relieves the austerity
black-and-white combination. Tablets
type are, of course, not uncommon
cathedrals and churches, but many of them
suffer from extreme simplicity or from the
other extreme of excessive ornamentation, and
of the two faults perhaps the latter is the more
objectionable. Some of the modelled designs
for memorials shown in the recent winter exhibi-
tion of the Royal Academy would certainly
have been more acceptable if the art of the
sculptor had not been so freely lavished upon
them and more thought had been bestowed
upon the architectural setting.
130

On the opposite page we illustrate a stained-
glass window designed by the veteran artist
Mr. Henry Holiday to commemorate the noble
sacrifice made by two brothers, Captain Cecil
Irby Prowse of the Queen Mary, which went
down with all hands in the Battle of Jutland,
and Brigadier-General Charles Bertie Prowse,
D.S.O., who fell in the Battle of the Somme
shortly afterwards. The window was on view
at the artist's studio a few weeks ago, and has
no doubt now been erected in the church for
which it was designed—an interesting fourteenth-
century edifice. The design is of an allegorical
character, representing the combat of the powers
of light and the powers of darkness and the
subjugation of the latter, and the colour-scheme
is consonant with this representation—the
lower part of the window assigned to the forces
of evil being markedly subdued in tone, while
the upper part is luminous by comparison.