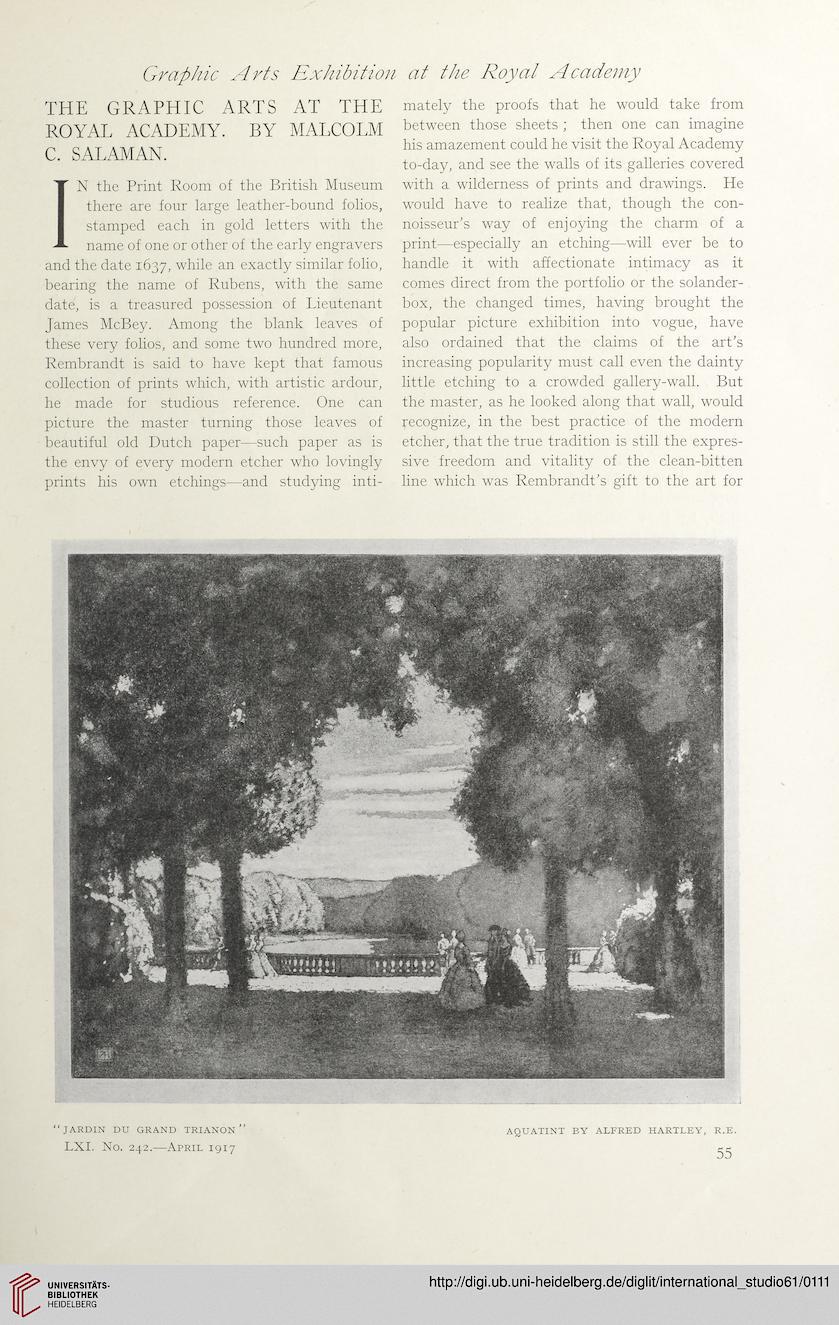 Information about OCR text
Exhibition at the Royal Academy

Graphic Arts
THE GRAPHIC ARTS AT THE
ROYAL ACADEMY. BY MALCOLM
C. SALAMAN.
IN the Print Room of the British Museum
there are four large leather-bound folios,
stamped each in gold letters with the
name of one or other of the early engravers
and the date 1637, while an exactly similar folio,
bearing the name of Rubens, with the same
date, is a treasured possession of Lieutenant
James McBey. Among the blank leaves of
these very folios, and some two hundred more,
Rembrandt is said to have kept that famous
collection of prints which, with artistic ardour,
he made for studious reference. One can
picture the master turning those leaves of
beautiful old Dutch paper—such paper as is
the envy of every modern etcher who lovingly
prints his own etchings—and studying inti-

mately the proofs that he would take from
between those sheets ; then one can imagine
his amazement could he visit the Royal Academy
to-day, and see the walls of its galleries covered
with a wilderness of prints and drawings. He
would have to realize that, though the con-
noisseur's way of enjoying the charm of a
print—especially an etching—will ever be to
handle it with affectionate intimacy as it
comes direct from the portfolio or the solander-
box, the changed times, having brought the
populai’ picture exhibition into vogue, have
also ordained that the claims of the art’s
increasing popularity must call even the dainty
little etching to a crowded gallery-wall. But
the master, as he looked along that wall, would
recognize, in the best practice of the modern
etcher, that the true tradition is still the expres-
sive freedom and vitality of the clean-bitten
line which was Rembrandt’s gift to the art for