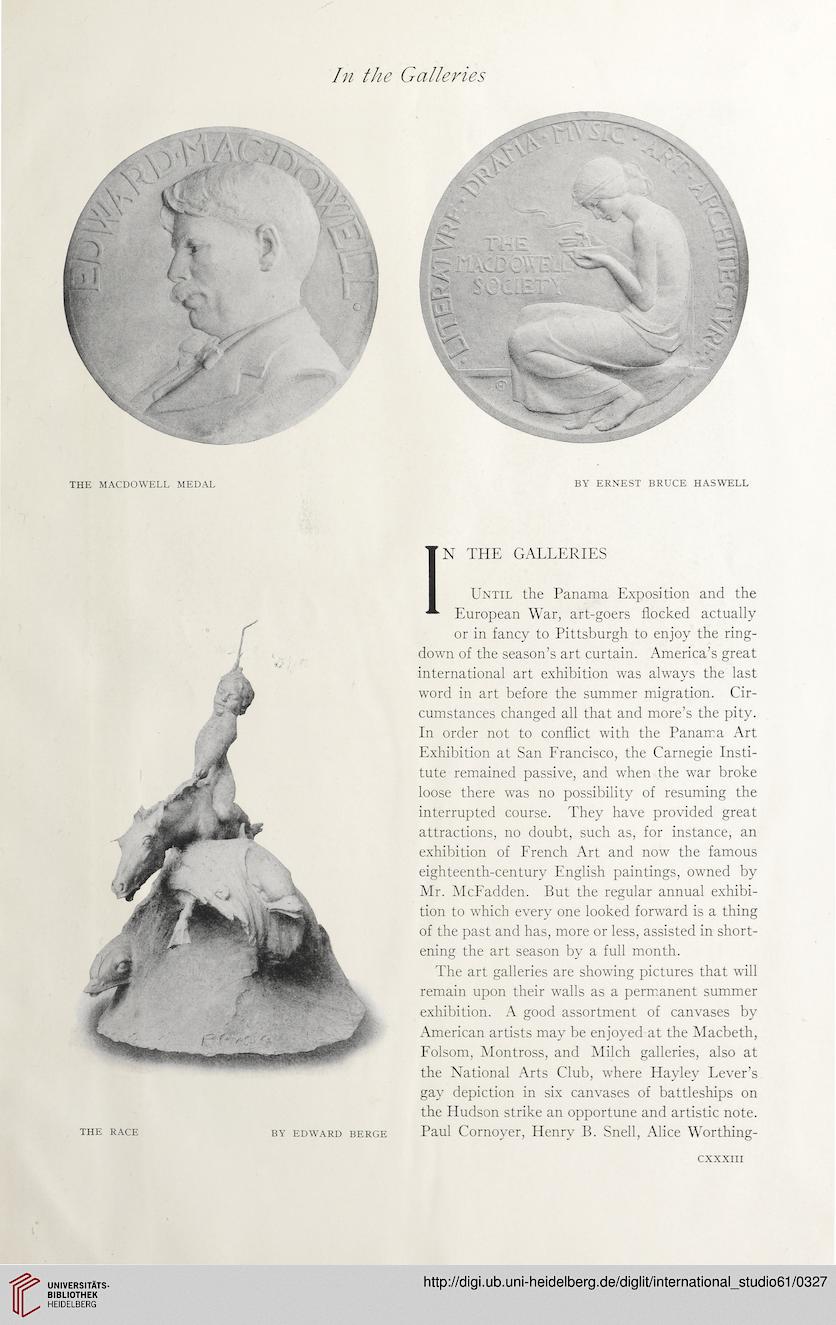 IN THE GALLERIES
Until the Panama Exposition and the
European War, art-goers flocked actually
or in fancy to Pittsburgh to enjoy the ring-
down of the season’s art curtain. America’s great
international art exhibition was always the last
word in art before the summer migration. Cir-
cumstances changed all that and more’s the pity.
In order not to conflict with the Panama Art
Exhibition at San Francisco, the Carnegie Insti-
tute remained passive, and when the war broke
loose there was no possibility of resuming the
interrupted course. They have provided great
attractions, no doubt, such as, for instance, an
exhibition of French Art and now the famous
eighteenth-century English paintings, owned by
Mr. McFadden. But the regular annual exhibi-
tion to which every one looked forward is a thing
of the past and has, more or less, assisted in short-
ening the art season by a full month.
The art galleries are showing pictures that will
remain upon their walls as a permanent summer
exhibition. A good assortment of canvases by
American artists may be enjoyed at the Macbeth,
Folsom, Montross, and Milch galleries, also at
the National Arts Club, where Hayley Lever’s
gay depiction in six canvases of battleships on
the Hudson strike an opportune and artistic note.
Paul Cornoyer, Henry B. Snell, Alice Worthing-