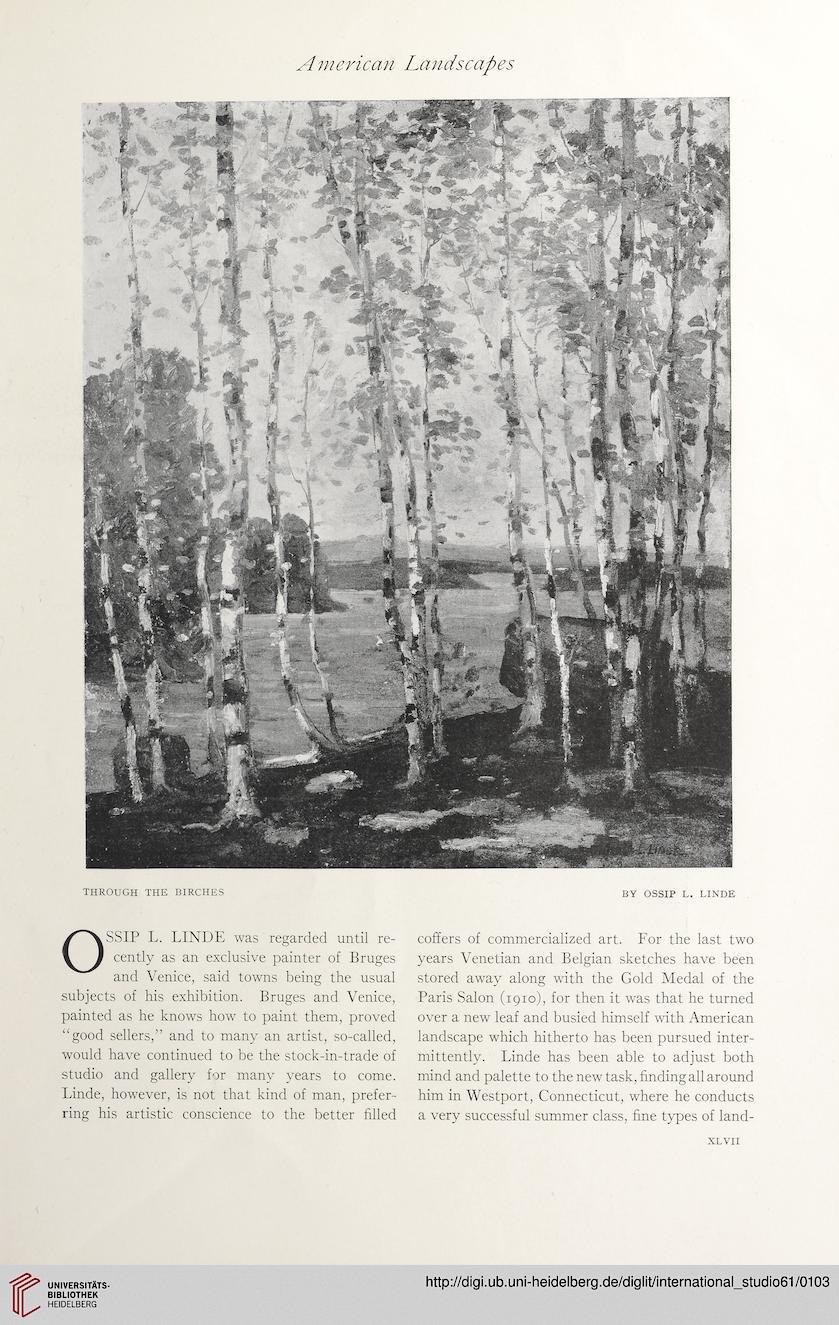 Information about OCR text
A in eric an Landscapes

OSSIP L. LINDE was regarded until re-
cently as an exclusive painter of Bruges
and Venice, said towns being the usual
subjects of his exhibition. Bruges and Venice,
painted as he knows how to paint them, proved
“good sellers,” and to many an artist, so-called,
would have continued to be the stock-in-trade of
studio and gallery for many years to come.
Linde, however, is not that kind of man, prefer-
ring his artistic conscience to the better filled

coffers of commercialized art. For the last two
years Venetian and Belgian sketches have been
stored away along with the Gold Medal of the
Paris Salon (1910), for then it was that he turned
over a new leaf and busied himself with American
landscape which hitherto has been pursued inter-
mittently. Linde has been able to adjust both
mind and palette to the new task, finding all around
him in Westport, Connecticut, where he conducts
a very successful summer class, fine types of land-