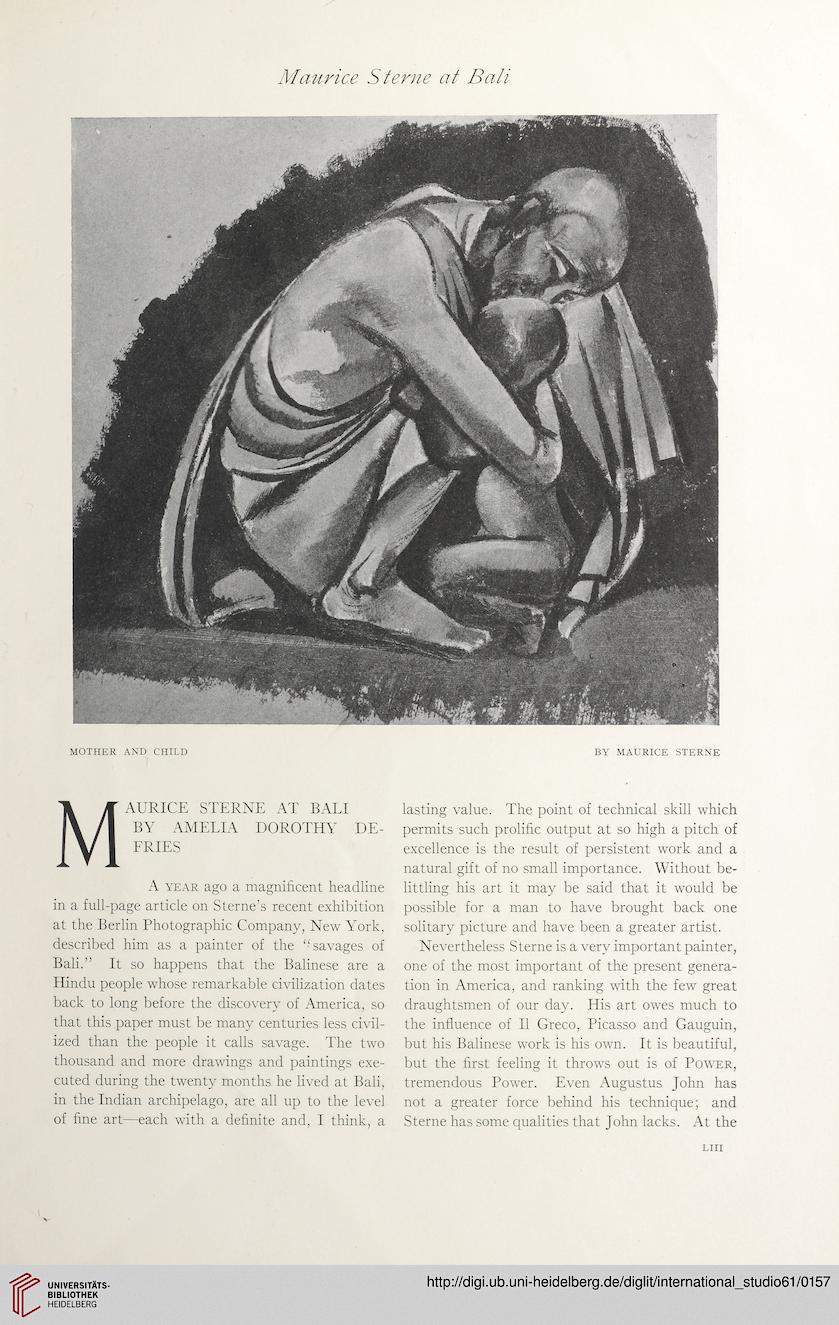 Maurice sterne at bali
BY AMELIA DOROTHY DE-
FRIES
A year ago a magnificent headline
in a full-page article on Sterne’s recent exhibition
at the Berlin Photographic Company, New York,
described him as a painter of the '• savages of
Bali.” It so happens that the Balinese are a
Hindu people whose remarkable civilization dates
back to long before the discovery of America, so
that this paper must be many centuries less civil-
ized than the people it calls savage. The two
thousand and more drawings and paintings exe-
cuted during the twenty months he lived at Bali,
in the Indian archipelago, are all up to the level
of fine art—each with a definite and, I think, a

lasting value. The point of technical skill which
permits such prolific output at so high a pitch of
excellence is the result of persistent work and a
natural gift of no small importance. Without be-
littling his art it may be said that it would be
possible for a man to have brought back one
solitary picture and have been a greater artist.
Nevertheless Sterne is a very important painter,
one of the most important of the present genera-
tion in America, and ranking with the few great
draughtsmen of our day. His art owes much to
the influence of II Greco, Picasso and Gauguin,
but his Balinese work is his own. It is beautiful,
but the first feeling it throws out is of Power,
tremendous Power. Even Augustus John has
not a greater force behind his technique; and
Sterne has some qualities that John lacks. At the