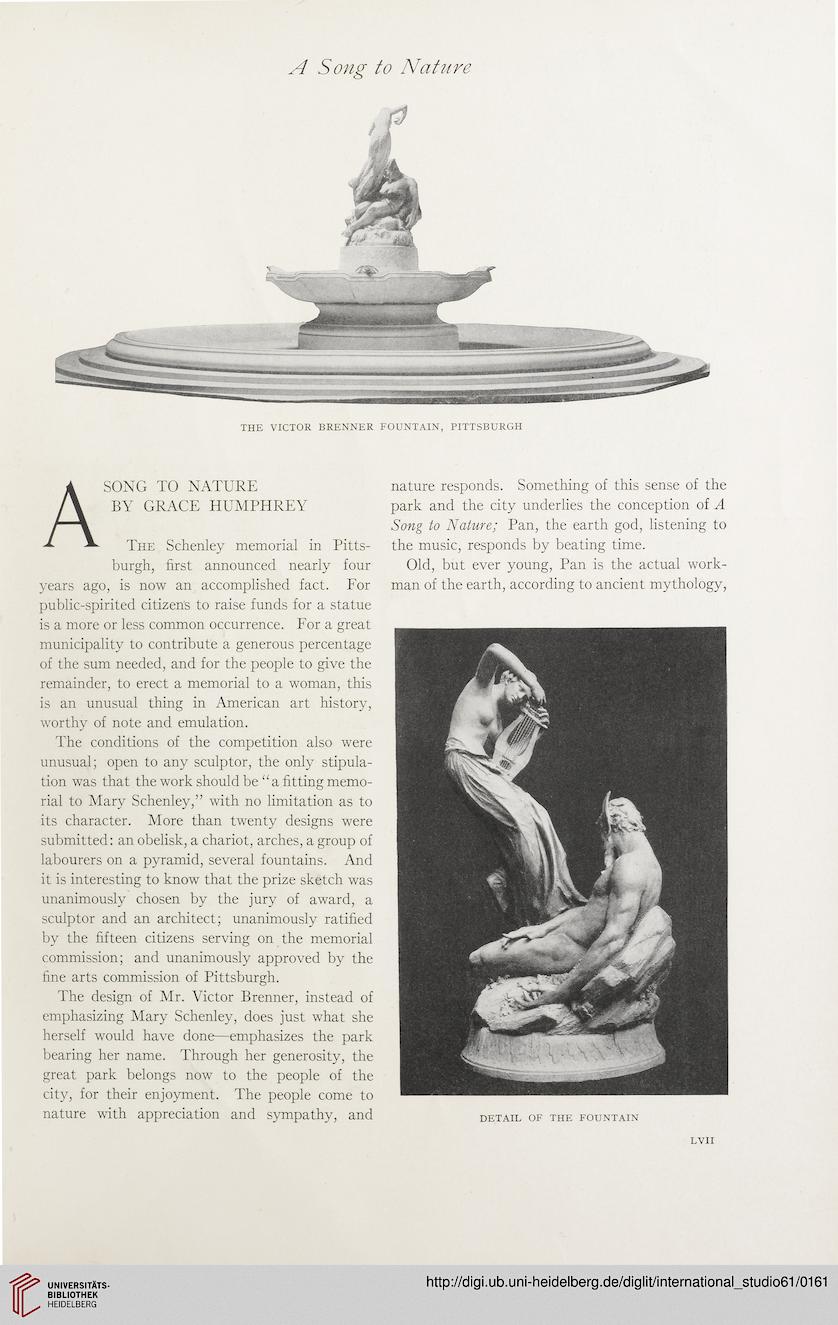 Information about OCR text
A Song to Nature

years ago, is now an accomplished fact. For
public-spirited citizens to raise funds for a statue
is a more or less common occurrence. For a great
municipality to contribute a generous percentage
of the sum needed, and for the people to give the
remainder, to erect a memorial to a woman, this

is an unusual thing in American art history,
worthy of note and emulation.
The conditions of the competition also were
unusual; open to any sculptor, the only stipula-
tion was that the work should be “a fitting memo-
rial to Mary Schenley,” with no limitation as to
its character. More than twenty designs were
submitted: an obelisk, a chariot, arches, a group of
labourers on a pyramid, several fountains. And
it is interesting to know that the prize sketch was
unanimously chosen by the jury of award, a
sculptor and an architect; unanimously ratified
by the fifteen citizens serving on the memorial
commission; and unanimously approved by the
fine arts commission of Pittsburgh.
The design of Air. Victor Brenner, instead of
emphasizing Mary Schenley, does just what she
herself would have done—emphasizes the park
bearing her name. Through her generosity, the
great park belongs now to the people of the
city, for their enjoyment. The people come to
nature with appreciation and sympathy, and

nature responds. Something of this sense of the
park and the city underlies the conception of A
Song to Nature; Pan, the earth god, listening to
the music, responds by beating time.
Old, but ever young, Pan is the actual work-
man of the earth, according to ancient mythology,


DETAIL OF THE FOUNTAIN