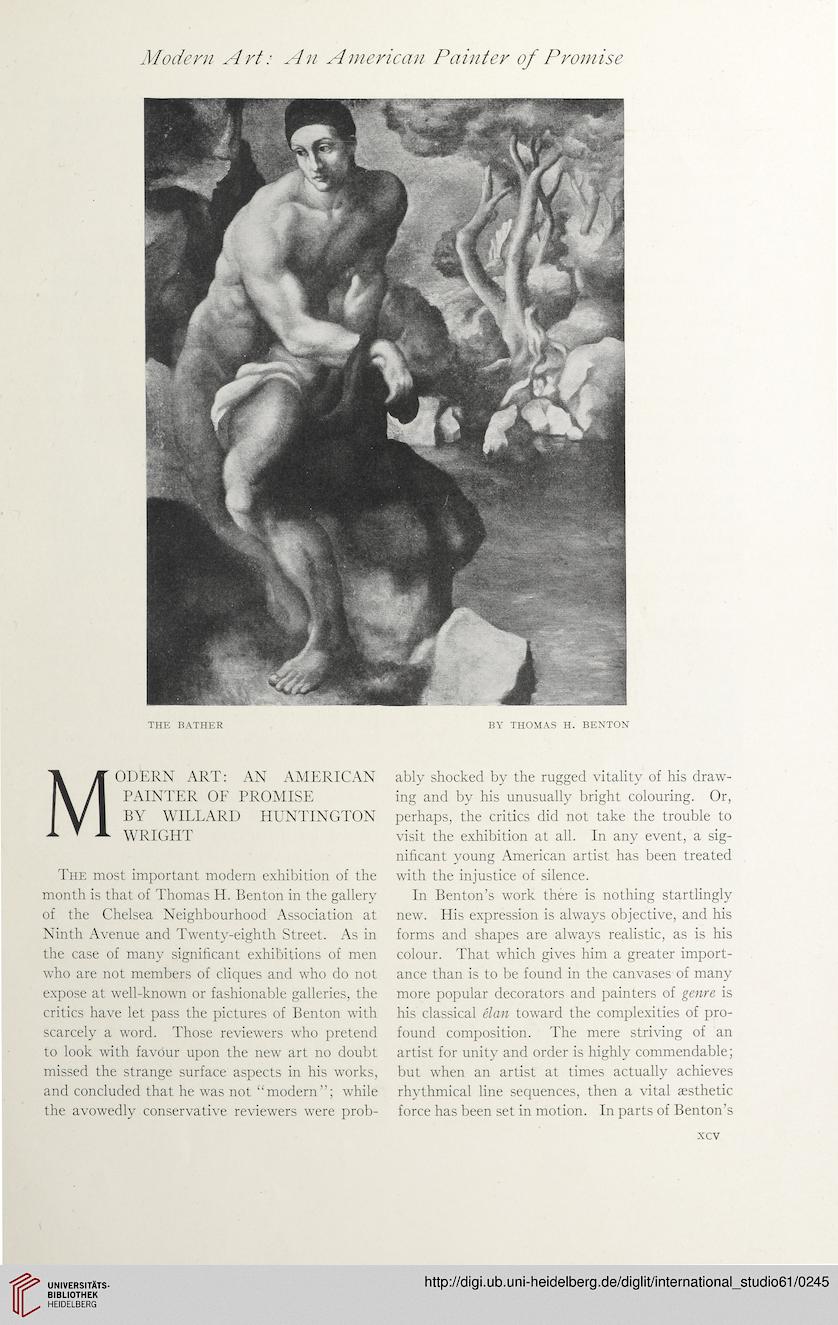 THE BATHER BY THOMAS H. BENTON


Modern art: an American
PAINTER OF PROMISE
BY WILLARD HUNTINGTON
WRIGHT
The most important modern exhibition of the
month is that of Thomas H. Benton in the gallery
of the Chelsea Neighbourhood Association at
Ninth Avenue and Twenty-eighth Street. As in
the case of many significant exhibitions of men
who are not members of cliques and who do not
expose at well-known or fashionable galleries, the
critics have let pass the pictures of Benton with
scarcely a word. Those reviewers who pretend
to look with favour upon the new art no doubt
missed the strange surface aspects in his works,
and concluded that he was not “modern”; while
the avowedly conservative reviewers were prob-

ably shocked by the rugged vitality of his draw-
ing and by his unusually bright colouring. Or,
perhaps, the critics did not take the trouble to
visit the exhibition at all. In any event, a sig-
nificant young American artist has been treated
with the injustice of silence.
In Benton’s work there is nothing startlingly
new. His expression is always objective, and his
forms and shapes are always realistic, as is his
colour. That which gives him a greater import-
ance than is to be found in the canvases of many
more popular decorators and painters of genre is
his classical elan toward the complexities of pro-
found composition. The mere striving of an
artist for unity and order is highly commendable;
but when an artist at times actually achieves
rhythmical line sequences, then a vital aesthetic
force has been set in motion. In parts of Benton’s