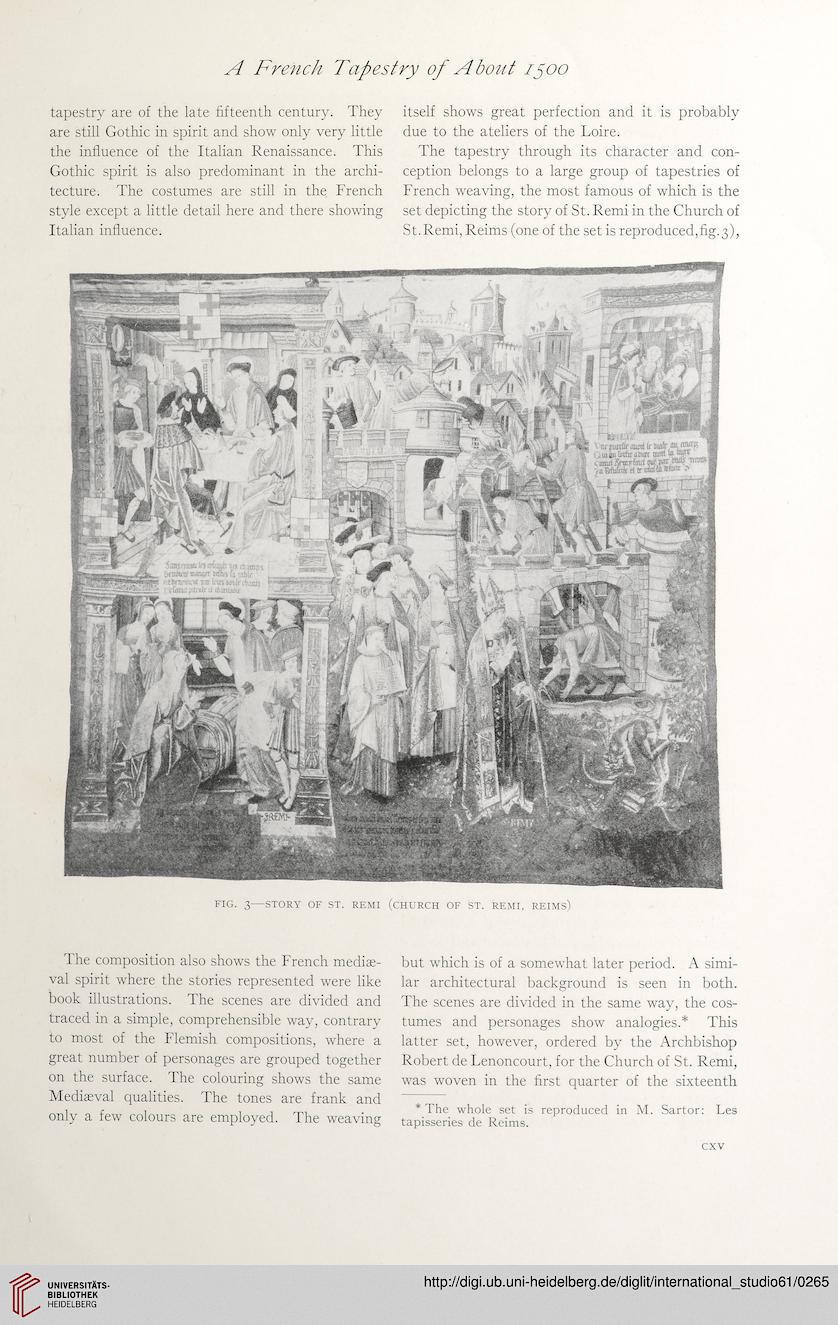 tapestry are of the late fifteenth century. They
are still Gothic in spirit and show only very little
the influence of the Italian Renaissance. This
Gothic spirit is also predominant in the archi-
tecture. The costumes are still in the French
style except a little detail here and there showing
Italian influence.

itself shows great perfection and it is probably
due to the ateliers of the Loire.
The tapestry through its character and con-
ception belongs to a large group of tapestries of
French weaving, the most famous of which is the
set depicting the story of St. Remi in the Church of
St. Remi, Reims (one of the set is reproduced,fig.3),


The composition also shows the French mediae-
val spirit where the stories represented were like
book illustrations. The scenes are divided and
traced in a simple, comprehensible way, contrary
to most of the Flemish compositions, where a
great number of personages are grouped together
on the surface. The colouring shows the same
Mediaeval qualities. The tones are frank and
only a few colours are employed. The weaving

but which is of a somewhat later period. A simi-
lar architectural background is seen in both.
The scenes are divided in the same way, the cos-
tumes and personages show analogies.* This
latter set, however, ordered by the Archbishop
Robert de Lenoncourt, for the Church of St. Remi,
was woven in the first quarter of the sixteenth
* The whole set is reproduced in M. Sartor: Les
tapisseries de Reims.