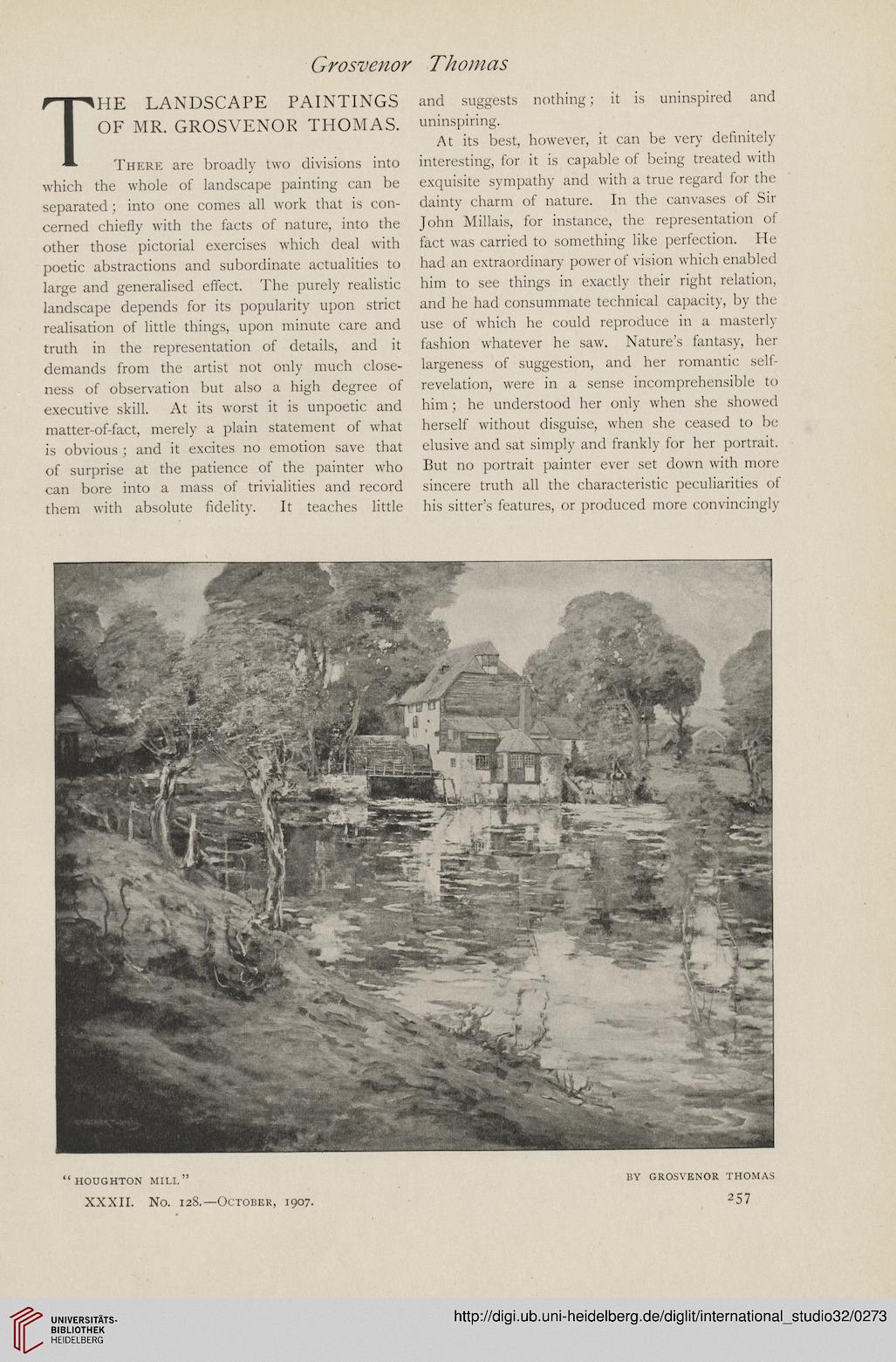 There are broadly two divisions into
which the whole of landscape painting can be
separated; into one comes all work that is con-
cerned chiefly with the facts of nature, into the
other those pictorial exercises which deal with
poetic abstractions and subordinate actualities to
large and generalised effect. The purely realistic
landscape depends for its popularity upon strict
realisation of little things, upon minute care and
truth in the representation of details, and it
demands from the artist not only much close-
ness of observation but also a high degree of
executive skill. At its worst it is unpoetic and
matter-of-fact, merely a plain statement of what
is obvious ; and it excites no emotion save that
of surprise at the patience of the painter who
can bore into a mass of trivialities and record
them with absolute fidelity. It teaches little

and suggests nothing; it is uninspired and
uninspiring.

At its best, however, it can be very definitely
interesting, for it is capable of being treated with
exquisite sympathy and with a true regard for the
dainty charm of nature. In the canvases of Sir
John Millais, for instance, the representation of
fact was carried to something like perfection. He
had an extraordinary power of vision which enabled
him to see things in exactly their right relation,
and he had consummate technical capacity, by the
use of which he could reproduce in a masterly
fashion whatever he saw'. Nature’s fantasy, her
largeness of suggestion, and her romantic self-
revelation, were in a sense incomprehensible to
him ; he understood her only when she showed
herself without disguise, when she ceased to be
elusive and sat simply and frankly for her portrait.
But no portrait painter ever set down with more
sincere truth all the characteristic peculiarities of
his sitter’s features, or produced more convincingly