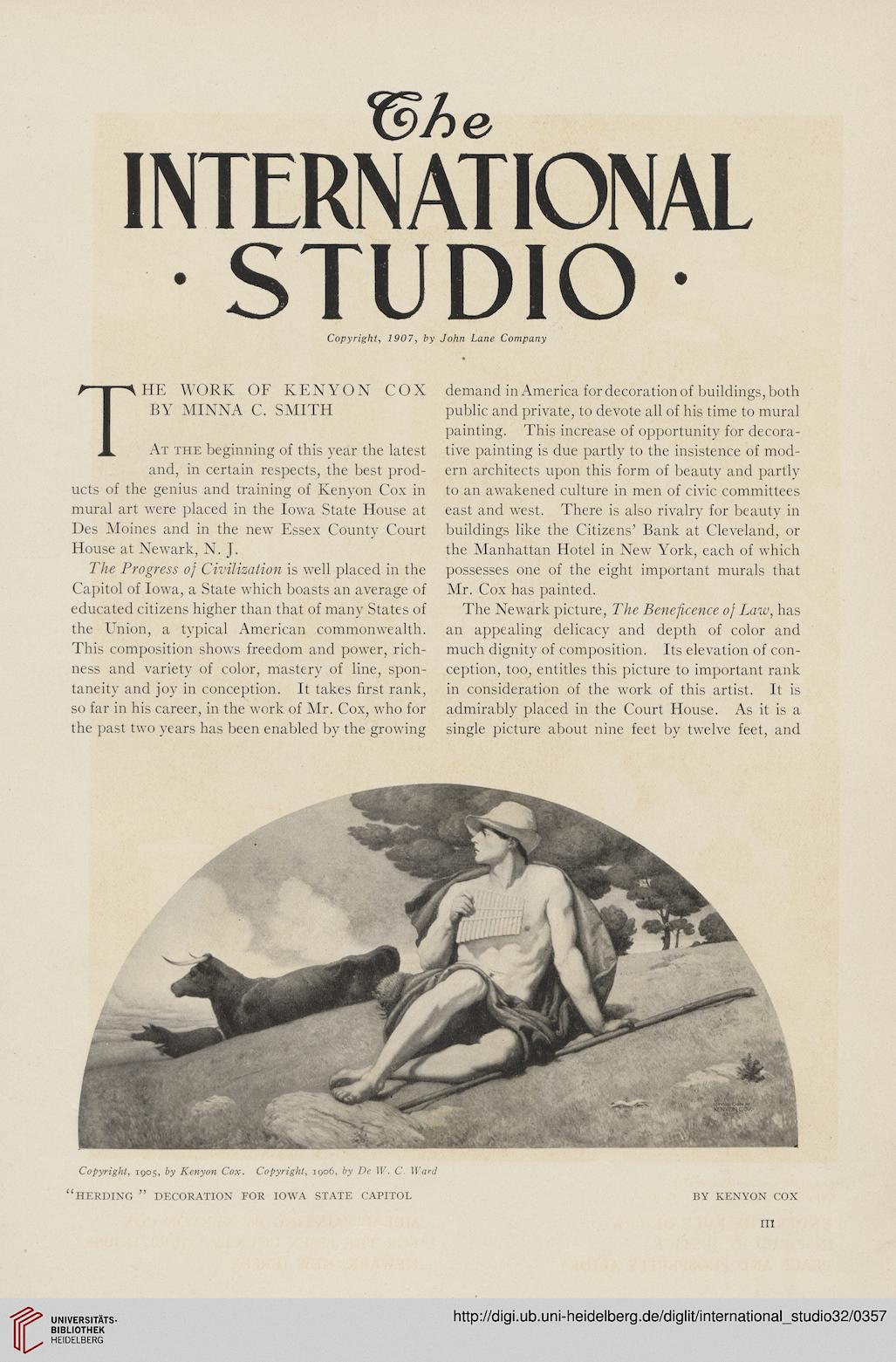 HE WORK OF KENYON
BY MINNA C. SMITH

At the beginning of this year the latest
and, in certain respects, the best prod-
ucts of the genius and training of Kenyon Cox in
mural art were placed in the Iowa State House at
Des Moines and in the new Essex County Court
House at Newark, N. J.

The Progress oj Civilization is well placed in the
Capitol of Iowa, a State which boasts an average of
educated citizens higher than that of many States of
the Union, a typical American commonwealth.
This composition shows freedom and power, rich-
ness and variety of color, mastery of line, spon-
taneity and joy in conception. It takes first rank,
so far in his career, in the work of Mr. Cox, who for
the past two years has been enabled by the growing

demand in America for decoration of buildings, both
public and private, to devote all of his time to mural
painting. This increase of opportunity for decora-
tive painting is due partly to the insistence of mod-
ern architects upon this form of beauty and partly
to an awakened culture in men of civic committees
east and west. There is also rivalry for beauty in
buildings like the Citizens’ Bank at Cleveland, or
the Manhattan Hotel in New York, each of which
possesses one of the eight important murals that
Mr. Cox has painted.

The Newark picture, The Beneficence of Law, has
an appealing delicacy and depth of color and
much dignity of composition. Its elevation of con-
ception, too, entitles this picture to important rank
in consideration of the work of this artist. It is
admirably placed in the Court House. As it is a
single picture about nine feet by twelve feet, and