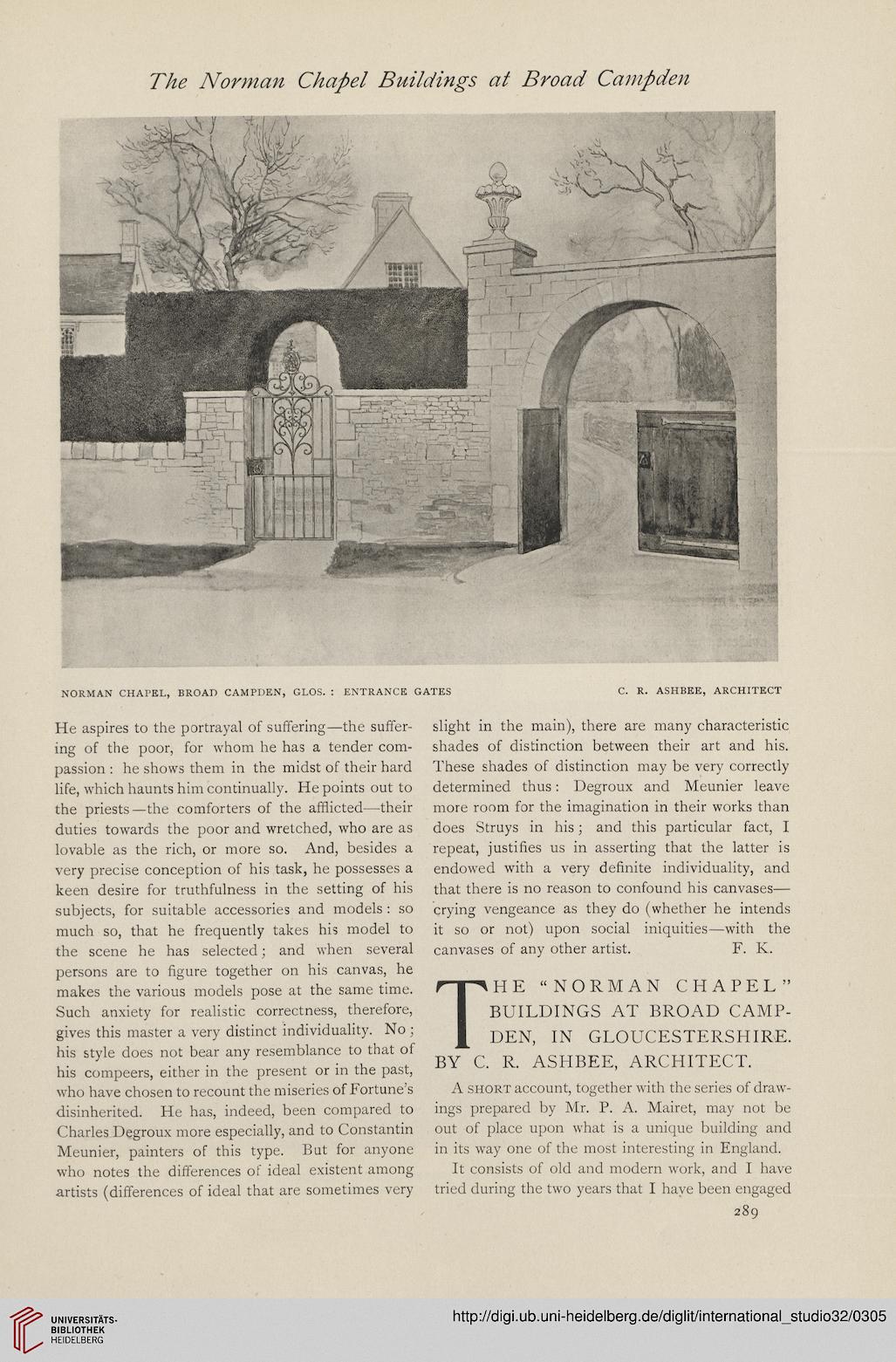 He aspires to the portrayal of suffering—the suffer-
ing of the poor, for whom he has a tender com-
passion : he shows them in the midst of their hard
life, which haunts him continually. He points out to
the priests—the comforters of the afflicted—their
duties towards the poor and wretched, who are as
lovable as the rich, or more so. And, besides a
very precise conception of his task, he possesses a
keen desire for truthfulness in the setting of his
subjects, for suitable accessories and models : so
much so, that he frequently takes his model to
the scene he has selected; and when several
persons are to figure together on his canvas, he
makes the various models pose at the same time.
Such anxiety for realistic correctness, therefore,
gives this master a very distinct individuality. No;
his style does not bear any resemblance to that of
his compeers, either in the present or in the past,
who have chosen to recount the miseries of Fortune’s
disinherited. He has, indeed, been compared to
Charles Degroux more especially, and to Constantin
Meunier, painters of this type. But for anyone
who notes the differences of ideal existent among
artists (differences of ideal that are sometimes very

slight in the main), there are many characteristic
shades of distinction between their art and his.
These shades of distinction may be very correctly
determined thus: Degroux and Meunier leave
more room for the imagination in their works than
does Struys in his; and this particular fact, I
repeat, justifies us in asserting that the latter is
endowed with a very definite individuality, and
that there is no reason to confound his canvases—
crying vengeance as they do (whether he intends
it so or not) upon social iniquities—with the
canvases of any other artist. F. K.

A short account, together with the series of draw-
ings prepared by Mr. P. A. Mairet, may not be
out of place upon what is a unique building and
in its way one of the most interesting in England.

It consists of old and modern work, and I have
tried during the two years that I have been engaged