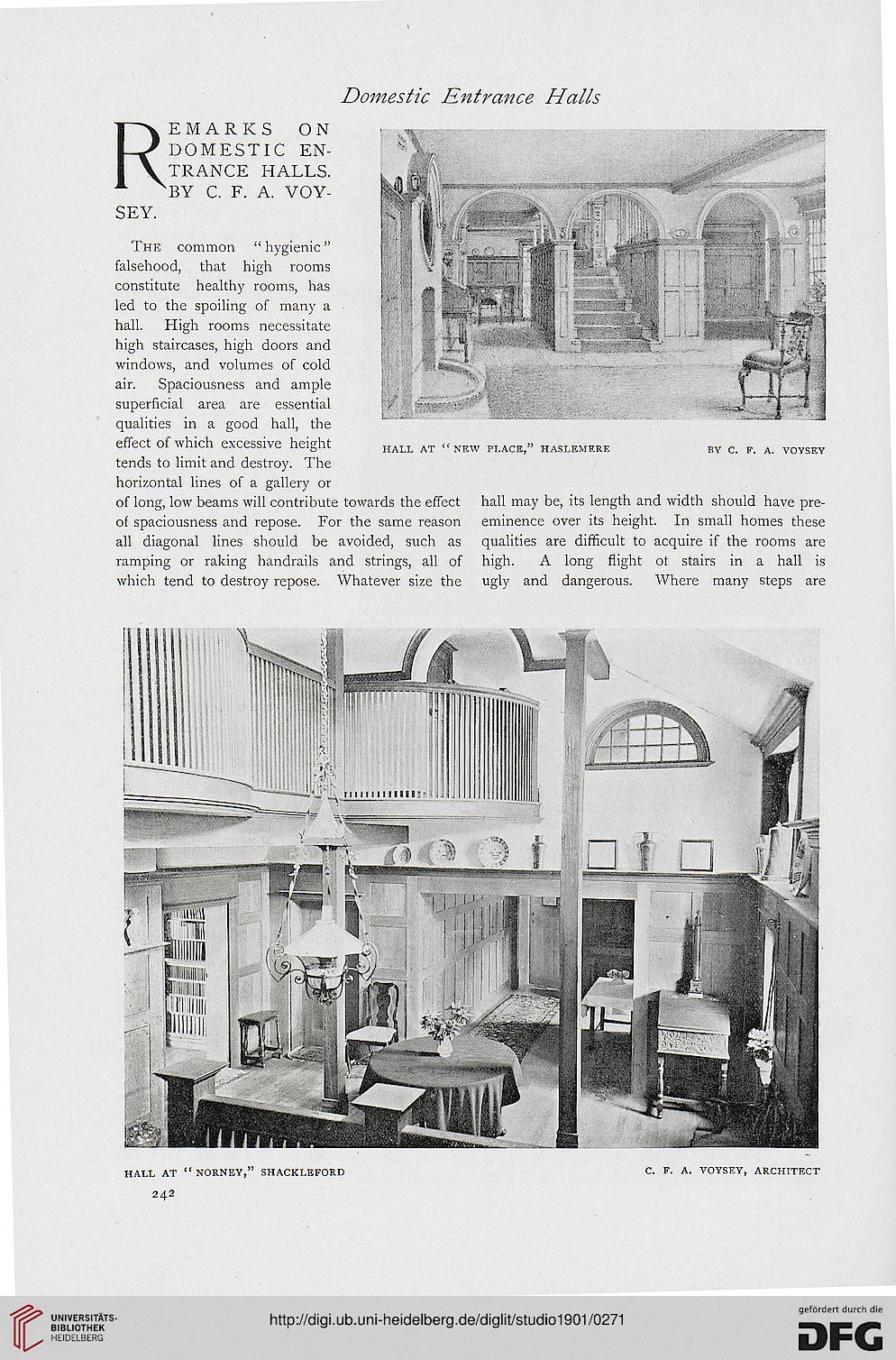 The common " hygienic"
falsehood, that high rooms
constitute healthy rooms, has
led to the spoiling of many a
hall. High rooms necessitate
high staircases, high doors and
windows, and volumes of cold
air. Spaciousness and ample
superficial area are essential
qualities in a good hall, the
effect of which excessive height hall at "new place," haslemf.re by c. f. a. vovsey

tends to limit and destroy. The
horizontal lines of a gallery or

of long, low beams will contribute towards the effect hall may be, its length and width should have pre-
of spaciousness and repose. For the same reason eminence over its height. In small homes these
all diagonal lines should be avoided, such as qualities are difficult to acquire if the rooms are
ramping or raking handrails and strings, all of high. A long flight ot stairs in a hall is
which tend to destroy repose. Whatever size the ugly and dangerous. Where many steps are