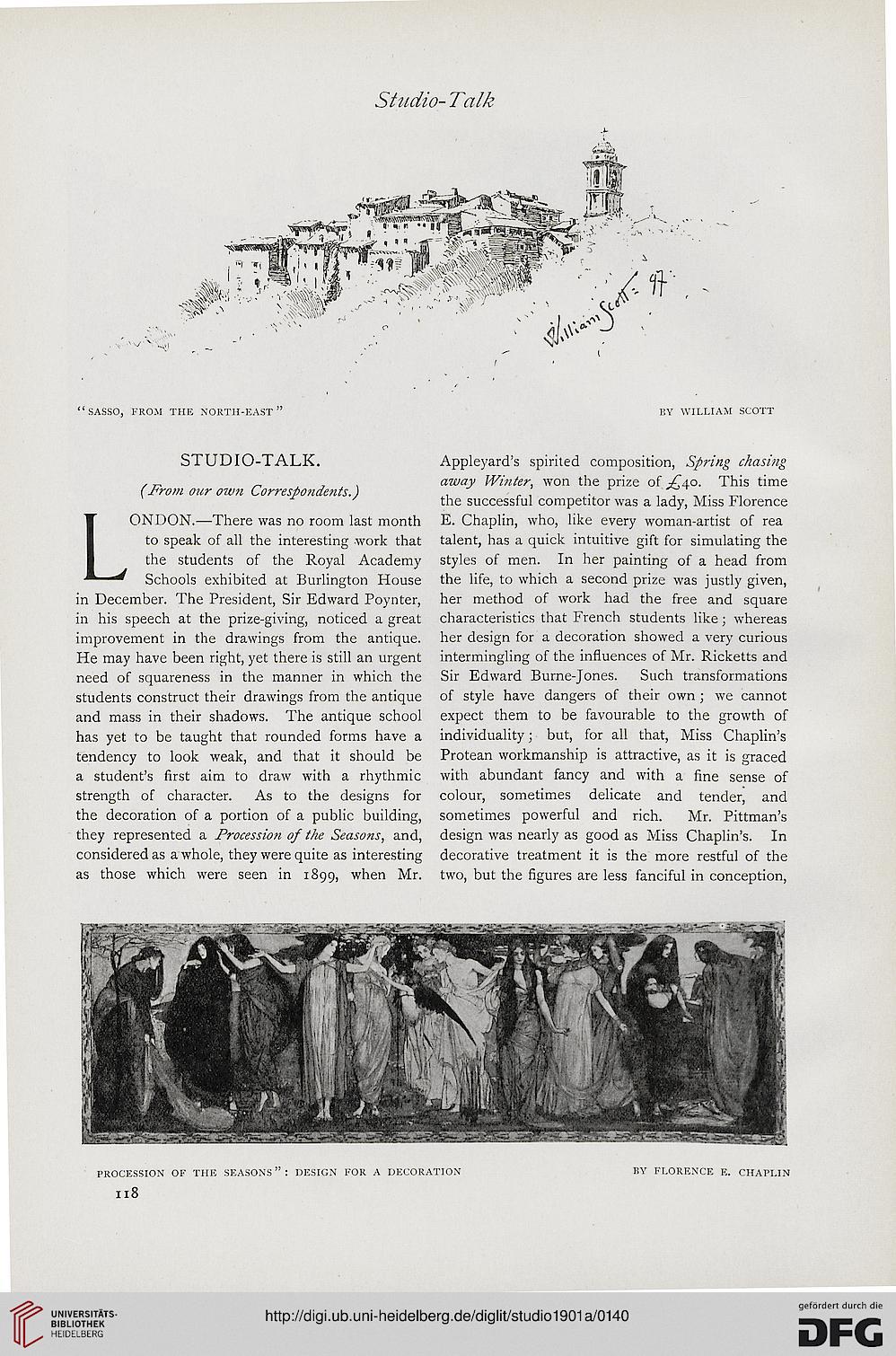 (From oicr own Correspondents.)

away Winter, won the prize of ^40. This time
the successful competitor was a lady, Miss Florence

LONDON.—There was no room last month E. Chaplin, who, like every woman-artist of rea

to speak of all the interesting work that talent, has a quick intuitive gift for simulating the

the students of the Royal Academy styles of men. In her painting of a head from

Schools exhibited at Burlington House the life, to which a second prize was justly given,

in December. The President, Sir Edward Poynter, her method of work had the free and square

in his speech at the prize-giving, noticed a great characteristics that French students like; whereas

improvement in the drawings from the antique, her design for a decoration showed a very curious

He may have been right, yet there is still an urgent intermingling of the influences of Mr. Ricketts and

need of squareness in the manner in which the Sir Edward Burne-Jones. Such transformations

students construct their drawings from the antique of style have dangers of their own ; we cannot

and mass in their shadows. The antique school expect them to be favourable to the growth of

has yet to be taught that rounded forms have a individuality ; but, for all that, Miss Chaplin's

tendency to look weak, and that it should be Protean workmanship is attractive, as it is graced

strength of character. As to the designs for colour, sometimes delicate and tender, and

the decoration of a portion of a public building, sometimes powerful and rich. Mr. Pittman's

they represented a Procession of the Seasons, and, design was nearly as good as Miss Chaplin's. In

considered as a whole, they were quite as interesting decorative treatment it is the more restful of the

as those which were seen in 1899, when Mr. two, but the figures are less fanciful in conception,

PROCESSION OF THE SEASONS" : DESIGN FOR A DECORATION
Il8