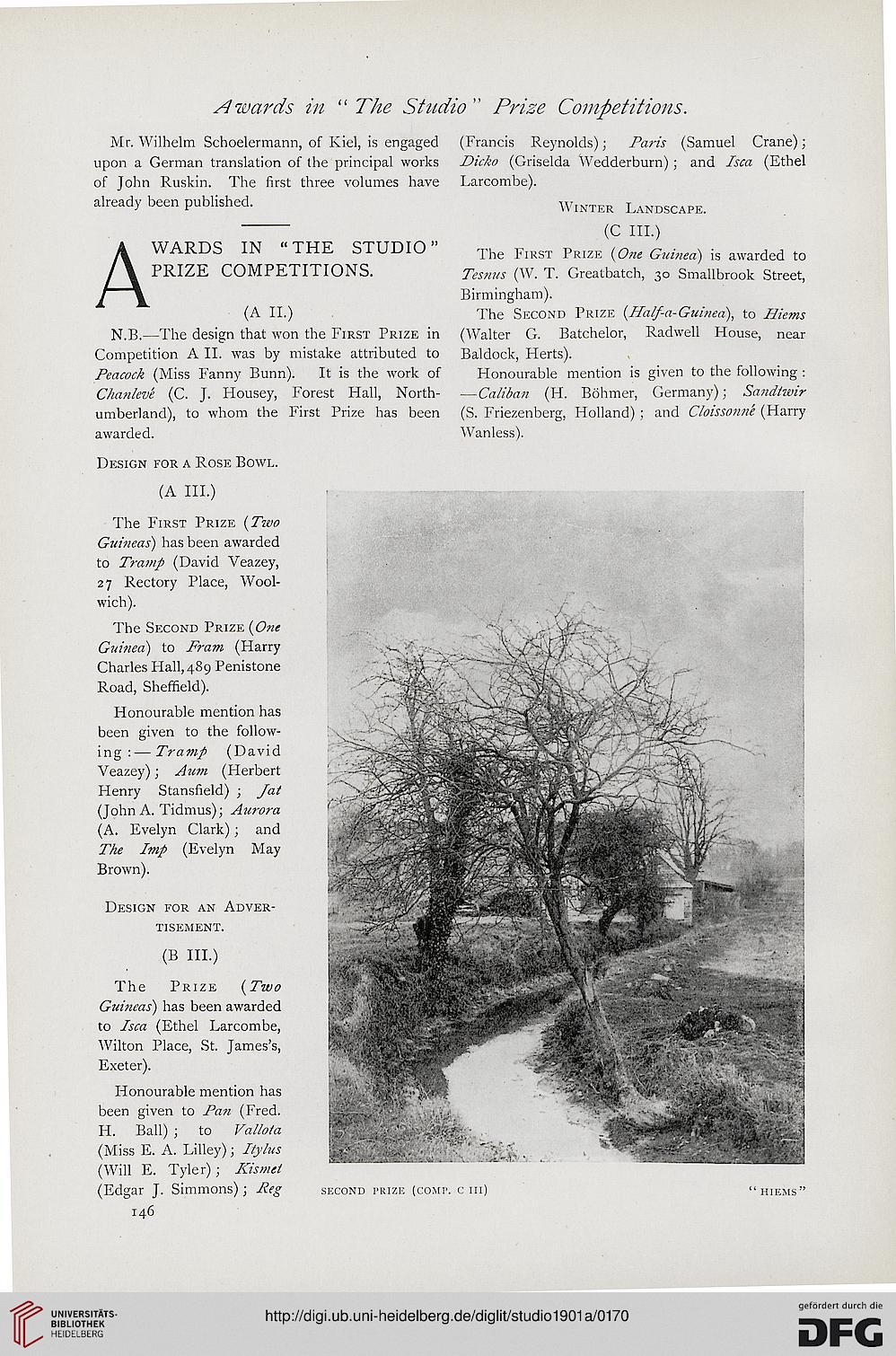 Information about OCR text
Awards in " The Studio " Prize Competitions.

upon a German translation of the principal works Dicko (Griselda Wedderburn); and Isca (Ethel

of John Ruskin. The first three volumes have Larcombe).

AWARDS IN "THE STUDIO" The FlRST Prize ^Guinea) is awarded to

Competition A II. was by mistake attributed to Baldock, Herts).

Peacock (Miss Fanny Bunn). It is the work of Honourable mention is given to the following :

Design for a Rose Bowl.

Honourable mention has
been given to the follow-
ing :— Tramp (David
Veazey); Aum (Herbert
Henry Stansfield) ; Jat
(John A. Tidmus); Aurora
(A. Evelyn Clark); and
The Imp (Evelyn May
Brown).

Design for an Adver-
tisement.