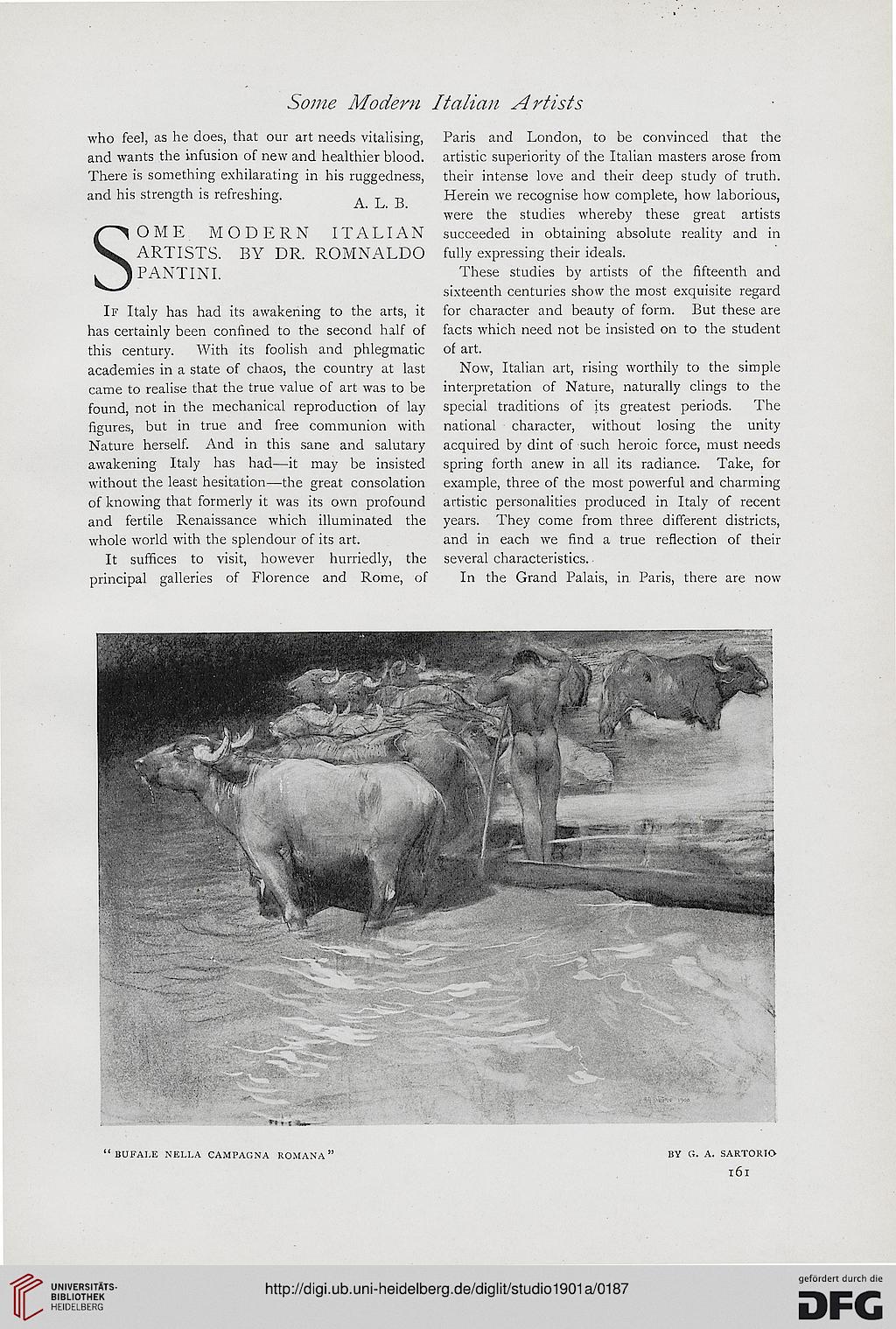 who feel, as he does, that our art needs vitalising,

and wants the infusion of new and healthier blood.

There is something exhilarating in his ruggedness,

and his strength is refreshing. . T „

SOME MODERN ITALIAN
ARTISTS. BY DR. ROMNALDO
PANT IN I.

If Italy has had its awakening to the arts, it
has certainly been confined to the second half of
this century. With its foolish and phlegmatic
academies in a state of chaos, the country at last
came to realise that the true value of art was to be
found, not in the mechanical reproduction of lay
figures, but in true and free communion with
Nature herself. And in this sane and salutary
awakening Italy has had—it may be insisted
without the least hesitation—the great consolation
of knowing that formerly it was its own profound
and fertile Renaissance which illuminated the
whole world with the splendour of its art.

It suffices to visit, however hurriedly, the
principal galleries of Florence and Rome, of

Paris and London, to be convinced that the
artistic superiority of the Italian masters arose from
their intense love and their deep study of truth.
Herein we recognise how complete, how laborious,
were the studies whereby these great artists
succeeded in obtaining absolute reality and in
fully expressing their ideals.

These studies by artists of the fifteenth and
sixteenth centuries show the most exquisite regard
for character and beauty of form. But these are
facts which need not be insisted on to the student
of art.

Now, Italian art, rising worthily to the simple
interpretation of Nature, naturally clings to the
special traditions of its greatest periods. The
national character, without losing the unity
acquired by dint of such heroic force, must needs
spring forth anew in all its radiance. Take, for
example, three of the most powerful and charming
artistic personalities produced in Italy of recent
years. They come from three different districts,
and in each we find a true reflection of their
several characteristics.

In the Grand Palais, in Paris, there are now